ISLAMABAD, Sep. 29 (Gwadar Pro) ¨C A series of reports on maize-soybean strip intercropping technologyˇŻs development in Pakistan published by Gwadar Pro lately attracted great attention from farmers, governments and enterprises, which demonstrates agriculture sectorˇŻs lively interest in boosting domestic production of soybean, a profitable crop that seems to have been forgotten by the country.

Soybean has considerable development potential that may bring huge benefits in return in the future. It is used in a wide variety of foods for humans and animals, as well as for industrial and consumer products such as building materials, lubricants and other household items.

Soybean contains 40-42% good quality protein and 18-22% oil, which is called ˇ°meat that grows on plantˇ±. Today, most of the worldˇŻs soybeans are crushed or processed into soybean meal and oil.

About 70% of the soybeanˇŻs value comes from the meal. Soybean meal is the premier protein choice for livestock, poultry and aquaculture production globally. Among protein sources of plant origin, soybean has the highest crude protein content, a balanced amino acid profile, and a high level of digestibility. 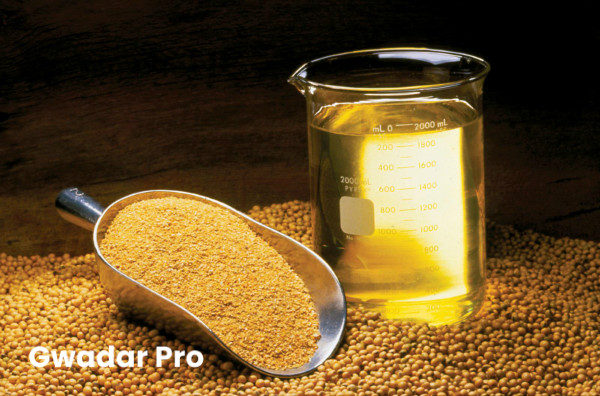 With the development and modernization of poultry and dairy sectors, the demand for soybean in Pakistan has seen strong growth. However, due to lack of the capacity for self-production, Pakistan overwhelmingly relies on imports to meet the increasing demand. USDA (U.S. Department of Agriculture) data shows that between MY 2015/16 and MY 2018/19, Pakistan's soybean imports have grown by 76.3% in the four years to about 2 million tons.

Soybean originates from China, and now it is cultivated well and widely across the globe. According to USDA, in MY 2019/20, world soybean production reached 337.30 million metric tons (MMT). Brazil is the largest soybean-producing country at 126.00 MMT, followed by 96.68 MMT and 49.70 MMT seperately from the U.S. and Argentina.

Soybean crop was introduced to Pakistan in 1960s and commercial cultivation began in 1970-71. Pakistan Agricultural Research Council (PARC) and Provincial Research Institutes in 1977-78 carried out research and eight soybean varieties were developed. During 1990s, the area under soybean cultivation once touched the highest point at 6613 hectares, then declined sharply to few hectares without any increase in the following years till today.

Based on various research, soybean production and commercialization in Pakistan is hindered by unavailability of high yielding, climate ready and pest resistant varieties, absence of latest production technologies, skills and knowledge, lack of machinery and insufficiency of marketing of produce and its by-products.

Despite challenges there is huge potential to tap the local soybean production. Soybean crops can be incorporated in existing spring as well as summer pattern. There are various crop rotation combination and intercropping systems. Especially under intercropping technology, farmers can grow soybean without curbing the cultivation area of existing crops like maize, sugarcane, corn, etc. This technology makes better use of available space to increase the amount of crops that can be harvested on the same area of land as soybean production is like an added ˇ°bonusˇ±.

As the all-weather strategic partner to Pakistan, China is lending a hand in stimulating PakistanˇŻs soybean production via introducing the advanced maize-soybean intercropping technology to Pakistan from Sichuan Agricultural University. Included in ChinaˇŻs "No. 1 Central Document" of top-priority by CPC Central Committee and the State Council of the People's Republic of China, this mature technology has been applied to 4.76 million hectares of land in 19 Chinese provinces and created new economic benefits of RMB 24.5 billion. 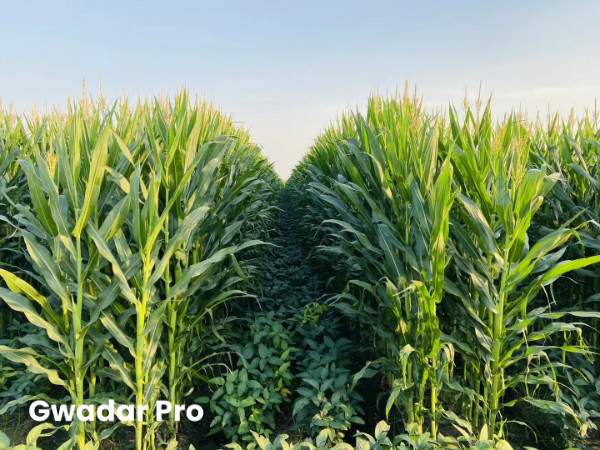 This year, mazie-soybean strip intercropping technology has achieved promising results at multiple demonstration plots across Pakistan both under irrigated and rainfed conditions. In Bahawalpur, the yields of soybean and maize in the intercropping plot reach 1,304 kg and 8,596 kg per hectare respectively.

In the near future, assisted by the Chinese government and scientific research institutions, intercropping related high-yielding soybean varieties, pesticides and weedicides, and machinery are going to be brought to Pakistan, and the yields can be raised still further. 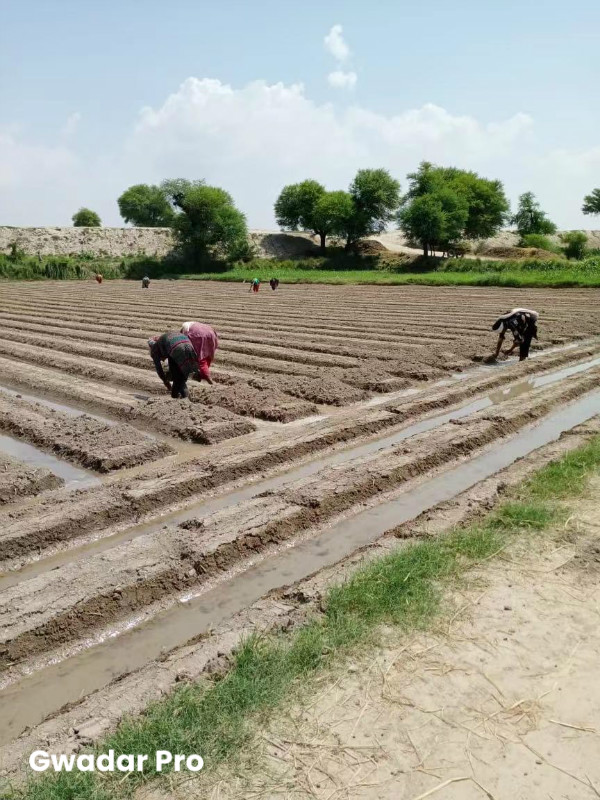 Sowing work for the new season under maize-soybean intercropping tech has finished at 9 demonstration plots this month. [Photo/Muhammad Ali Raza]

ItˇŻs also noteworthy that a mega project ˇ°National Oilseed Enhancement Programmeˇ± has been launched by Ministry of National Food Security & Research (MNF&R), which shows the governmentˇŻs willingness to increase local oilseed production. With a total cost of Rs 10.964 billion for five years under the National Agriculture Emergency Programme, the main objective of this project is to stimulate the adoption of oilseed crops in Pakistan. Under this project, a subsidy of Rs 5,000 per acre for sowing seed/inputs and 50% on the purchase of oilseed machineries is being provided to oilseed growers. With the governmentˇŻs increasing attention on oilseeds, soybean may also stand a chance of being cultivated on a large scale in the country in the years to come.