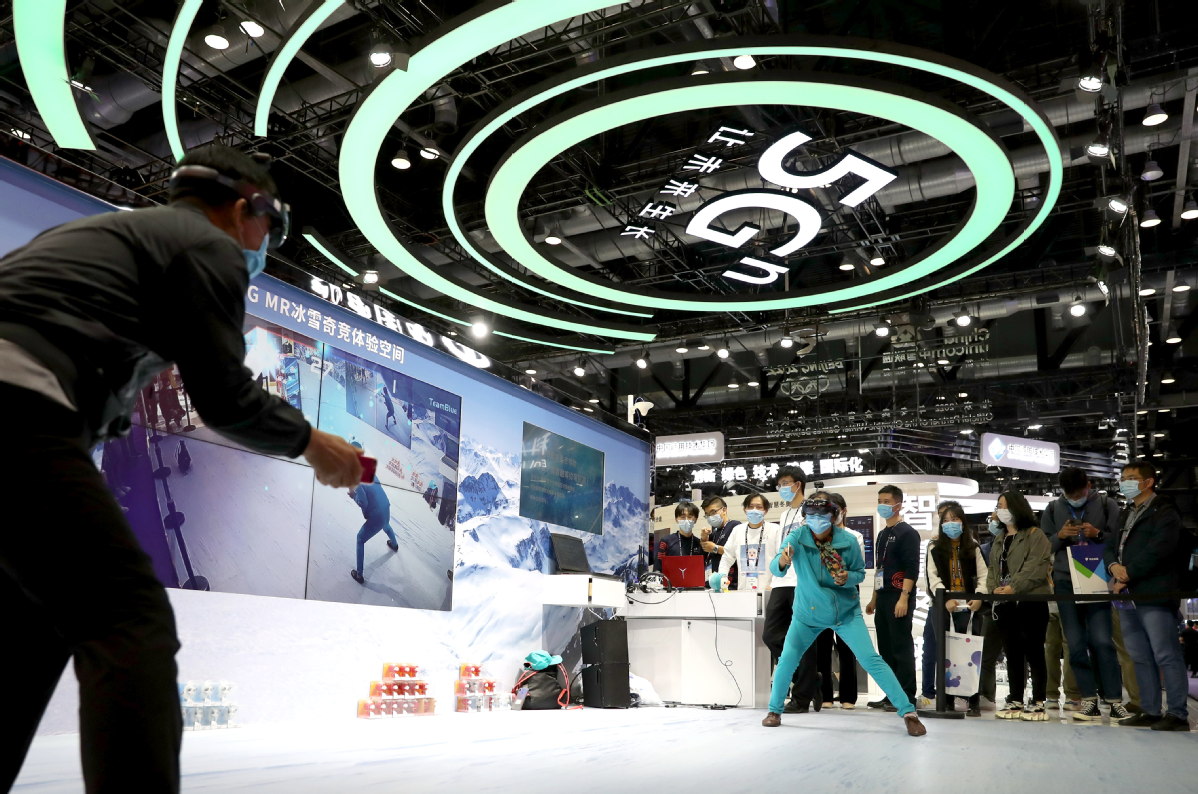 China will "moderately" push ahead 5G construction in the next few years, as commercialization of the technology gathers speed in the country despite the COVID-19 challenges and economic uncertainties, a top regulatory official said on Wednesday.

"As the country is set to enter a lead-in period in the next three years, China will continue to build 5G networks in a rhythm that is moderately ahead of schedule," said Wen Ku, head of information and telecommunications development department at the Ministry of Industry and Information Technology.

Lead-in period, according to some industry insiders, means that new products, new formats and new models of 5G applications are constantly emerging and that such applications are shifting from single application to large-scale and systemic scenarios.

"The rhythm is to ensure that the wider coverage of 5G can help drive its application in more industrial and consumer scenarios," said Wen at the PT Expo China 2020, which started on Wednesday in Beijing.

Global efforts are needed to create a fair and open business environment for the digital economy along with steps to push ahead the construction of new innovative infrastructure such as artificial intelligence and big data centers, he said.

Wen's remarks came a year after China kicked off its 5G commercialization efforts. The country has cemented its position as a global leader in 5G wireless technology and is expected to account for 70 percent of the global 5G connections this year, according to the Global System for Mobile Communications Association, an international association of mobile operators.

Zhao Dachun, deputy general manager of China Mobile, said that the telecom firm had completed its annual construction target ahead of schedule by opening over 350,000 5G base stations, while Fan Yunjun, deputy general manager of China Unicom, said his company had joined hands with China Telecom to open 330,000 5G base stations.

The total number of 5G base stations in China has already reached 680,000, slightly ahead of the 630,000 annual target announced by the three major telecom operators at the beginning of the year.

"The country has attached unprecedented importance to the development of the digital economy, including 5G, in face of global economic uncertainties and the COVID-19 pandemic. The new 5G infrastructure construction will further boost the enthusiasm for 5G and increase its use in all walks of life," said Zhao from China Mobile.

The company has completed 2,000 5G commercialization cases in 15 verticals and the total contract amount runs into several billion yuan, said Zhao. "This is just a beginning," he said.

A report by the China Academy of Information and Communications Technology pointed out that China's 5G commercialization efforts will add investments of over 900 billion yuan ($133.6) this year.

Total investments on 5G technologies will reach 1.5 trillion yuan in the next five years and help create more than 3.5 million jobs. By 2030, superfast 5G will help create a total economic output of 6.3 trillion yuan, said the report.