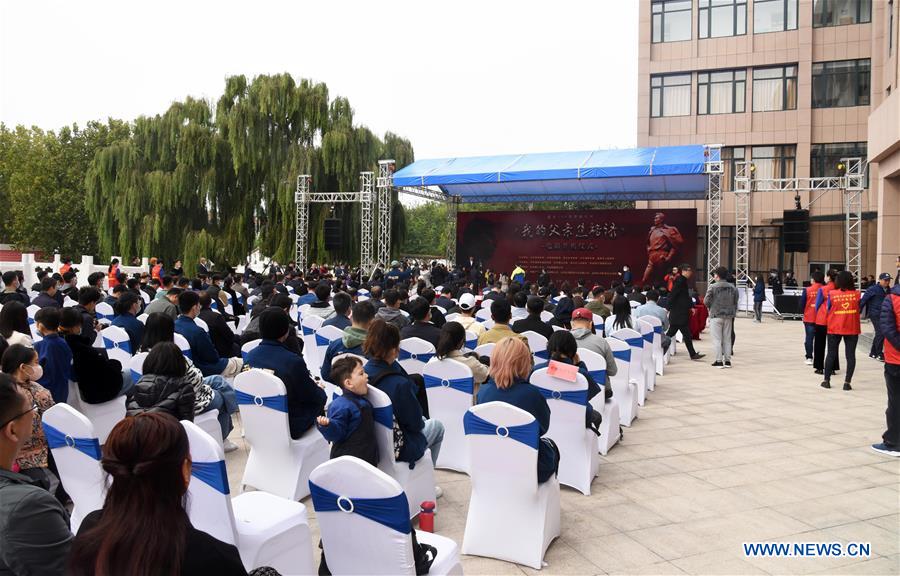 People attend the ceremony marking the start of shooting of a movie on grassroot official Jiao Yulu in Zibo, east China's Shandong Province, Oct. 15, 2020. The movie started filming in Zibo on Thursday. It is expected to be screened in July 2021 to commemorate the 100th anniversary of the founding of the Communist Party of China (CPC). Jiao Yulu, former Party secretary of Lankao County in central China's Henan Province, began his work in the once-poor county in 1962, where he led the locals to overcome waterlogging, sandstorms and soil degradation that had long plagued Lankao, until he died of liver cancer at the age of 42 in 1964. (Xinhua/Wang Kai)

BACK TO TOP
Edition:
Chinese | BIG5 | Deutsch
Link:
About CE.cn | About the Economic Daily | Contact us
Copyright 2003-2020 China Economic Net. All right reserved
Ceremony marking start of shooting of movie on grassroot official held in Zibo, Shandong
Source:Xinhua | 2020-10-15 21:26
Share to
0