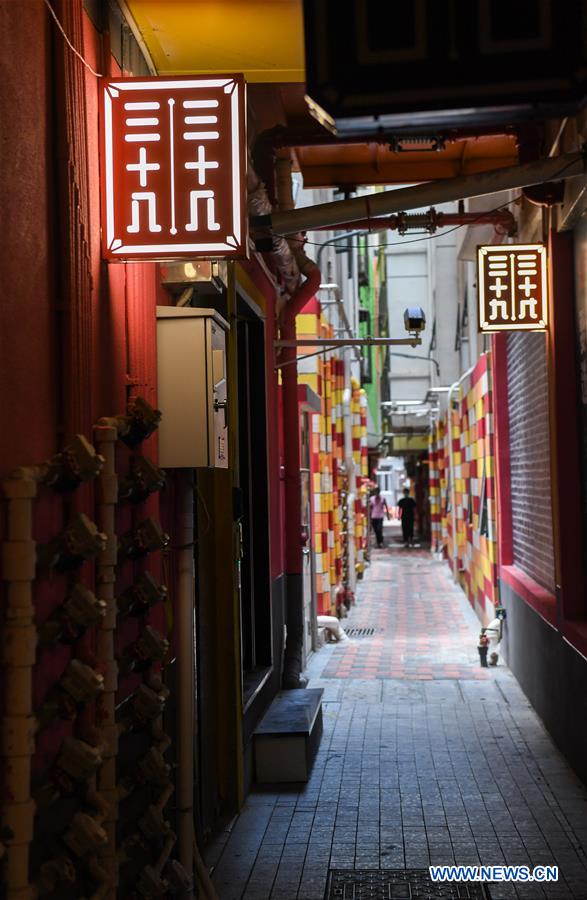 Buildings applied with the courier-and-visitor-friendly system created by young designers are seen at Futian District in Shenzhen, south China's Guangdong Province, Oct. 19, 2020. Along with 40 years of rapid economic growth, Shenzhen, China's first and most successful special economic zone, has also achieved cultural prosperity. As early as 2003, Shenzhen took the lead in proposing the strategy of making the city culture-nurtured. In 2008, Shenzhen was designated as a UNESCO City of Design, clarifying the transformation of strategic development goal from promoting manufacturing economy to creative service economy through design. In recent years, Shenzhen has made remarkable achievements in cultural innovation. The rapid development of cultural and creative industries has created new lines of business for Shenzhen. Statistics show that in the year of 2018, Shenzhen's cultural and creative industries have achieved an added value of 262.177 billion yuan (about 39.17 billion U.S. dollars), accounting for more than 10% of its gross domestic product (GDP). The city of Shenzhen has witnessed robust cultural invigoration as the cultural industry has become a pillar staple of the national economy. Nowadays, both "Made in Shenzhen" and "Shenzhen Designed" have been recognized by the public. In the meantime, more and more products have won domestic and international awards in design and innovation. (Xinhua/Mao Siqian)