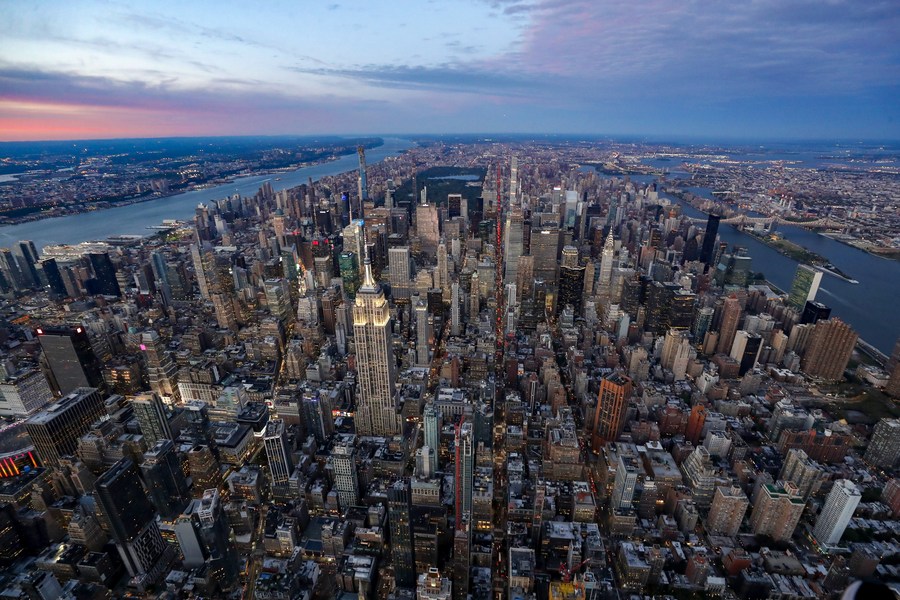 A record-high share of rent cuts contributed to a Manhattan median asking rent of 2,990 U.S. dollars in the third quarter of 2020, the first time this figure has been below 3,000 dollars in nine years, according to industry leader StreetEasy's Q3 2020 Market Reports issued recently.

The share of Manhattan rental listings on StreetEasy that was discounted during the third quarter rose 22.7 percentage points year over year to a record high of 44.7 percent, as landlords made attempts to attract tenants amid a rental market that has struggled considerably since the coronavirus pandemic hit the city seven months ago.

Meanwhile, rental inventory in Manhattan increased by 69.8 percent, with 72,267 listings available during the quarter, nearly 30,000 more than last year, said the report.

Discounts didn't only become more common, they also grew substantially larger. The median rental discount in Manhattan hit 9.1 percent off the asking rent, 5.2 percentage points higher than last year, according to the report.

In dollar amounts, the median discount being offered by Manhattan landlords was 272 dollars during the third quarter, 139 dollars more than what was being offered in 2019, it added.

"Renters are no longer willing to pay the commute premium of living in Manhattan when they do not need to commute to an office five days a week," said StreetEasy economist Nancy Wu.

"Landlords across the city, but particularly in Manhattan, have to be willing to face some really hard hits if they want to fill their units. They're being forced to cut the location premium out of their asking price in order to compete with larger and more affordable apartments in the outer boroughs," added Wu.

The Manhattan rentals market had the most drastic spike in discounts, but the outer boroughs were not far behind. The share of rentals discounted reached a record high of 30.7 percent in Brooklyn, and a near-high of 26.6 percent in Queens, according to the StreetEasy report.