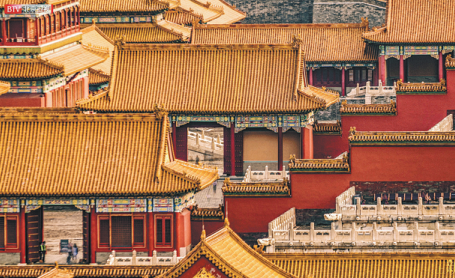 The anticipated third season of New Arrivals of the Palace Museum will see more viewpoints from the general public. The first two seasons have proved overwhelmingly popular. CHINA DAILY

It tells of another time, of another era but it still resonates and fascinates today. The red walls and roofs sparkling in the sunshine, the exquisite architectural details - it is greater than the sum of its parts. Its splendor has lasted for centuries, and now is the time to celebrate.

The Forbidden City in Beijing, China's last imperial palace officially known as the Palace Museum, this year embraces its 600th anniversary since the completion of its construction.

Despite its history and the central role it has played in so much that has happened to the country over the last millennium, the 720,000-square-meter compound still seems reluctant to easily give up its secrets.

In 2018, New Arrivals of the Palace Museum, a reality show on Beijing TV shed fresh light on the ancient palaces within its boundary walls. In each episode, several celebrity guests are led by experts on a tour around the Forbidden City to examine and learn about the lesser-known corners in the compound.

They will see how craftsmanship and modern design turn elements found within the palaces into creative cultural products ready for sale.

The first two seasons have proved overwhelmingly popular with the viewing public as the show's 28 awards confirm. These include the prestigious Magnolia Awards and TV Art Star Awards. The third season has just made its return with the first episode, which was aired on Saturday.

"When you step into the Forbidden City, you'll naturally wish that time could pass more slowly," said Liu Bing, a producer of the program, during a promotional event for the show earlier this month which was held at the Palace Museum. "Seeing its bricks and tiles, you can feel the devotion that generations of people have provided to preserve the Forbidden City."

The voices and viewpoints of the general public are given an extensive airing compared to the first two seasons where mainly those of the rulers of Ming (1368-1644) and Qing (1644-1911) dynasties were covered.

Being motivated by his emotional attachment to the Forbidden City, Liu also says that "a new and broader horizon" is ushered into the third season to mark the milestone anniversary.

"Amid this historical highlight, we'd like to also reflect on new developments the Forbidden City has experienced to hail the spirits of creativity," he says.

Consequently, the new season involves "mass competition".Though famed designers have been introduced to the show in the first two seasons, and have created many popular products, the production team chose to enable more college students and industry newcomers to compete through interaction both online and offline.

Chen Fang, majoring in product design, has graduated from the Central Academy of Fine Arts this year. As a fan of traditional Chinese culture, he has visited all the historical heritage sites in Beijing, and the Forbidden City is his favorite.

"I was hooked by the unique artifacts (from New Arrivals of the Palace Museum) that has given me a great deal of design inspiration," he says. "Through the show, we can realize the beauty of the Forbidden City from multiple dimensions."

When Chen was introduced by his teacher to the production team of the show and joined its third season, he was overjoyed.

"In this digital time, we the younger generation need approachable windows like this show to conveniently explore the traditional craftsmanship and Chinese aesthetics with our own expertise," Chen says.

Celebrities are also fascinated by the glamour of the Forbidden City, thanks to the show.

If actor Deng Lun still felt slightly lonely in the first season as a pathfinder participating in a fresh TV show format, he feels like a veteran this time around.

In the third season, he is accompanied by a long list of stars. But these newcomers will probably not feel unfamiliar as many of them have played royal members of the Qing Dynasty.

"The Palace Museum is getting more and more inclusive and diverse, even though it looks unchanged," Deng says, referring to the increasing number of cultural activities launched at the museum. "Surprises keep popping up there for young people."

Yu Junsheng, head of Beijing TV, recalls that many people - many of whom are high school students－have mailed handwritten letters to the TV station expressing their appreciation for the show.

One student writes: "The Palace Museum saved my writing test. I used to find it difficult to cite touching material in my writing. Being inspired by the devoted craftsmen and the cultural relics, I find that really touching emotion doesn't come from recitation of others' work, but from my heart."

"New Arrivals of the Palace Museum is no longer a purely TV program," Yu says. "Through the museum, it explains Chinese history and how our civilization was passed down for thousands of years. Young people's cultural confidence can thus be strengthened."