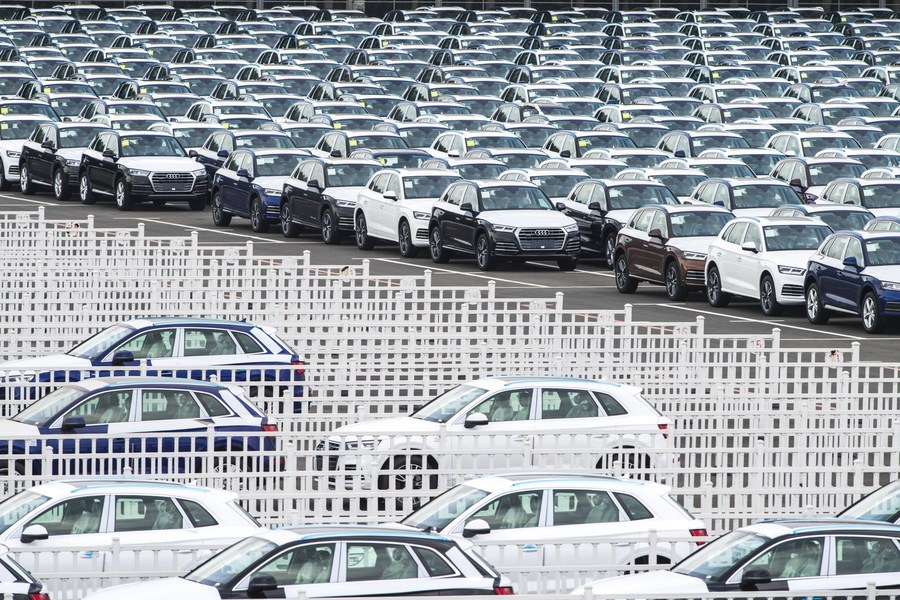 The International Monetary Fund (IMF) recently revised up the 2020 growth forecast for China to 1.9 percent. China's growth is having positive spillovers both for the Asian region and for commodity prices and for broadly participants in the global value chains that China is a big part of, said Jonathan Ostry, an IMF official.

The Chinese market has continued to unleash potential for European multinational firms gradually recovering from the early impact of the coronavirus pandemic, a reassuring factor amid uncertainties still surrounding the global economic outlook.

Over the past week, German automakers have been posting upbeat data for their Chinese market performances while growth in other major markets remained below prior-year levels.

Audi Group said on Friday that car deliveries in China rose by 4.4 percent year-on-year in the first three quarters, while all the other major markets saw a two-digit decline. Demand for the Audi models in China, in particular, rose significantly by 17.8 percent in the third quarter, the company said.

Volkswagen on Thursday also said its largest single market China was a "key driver" of the market recovery, as deliveries in China between July and September grew by 3 percent from a year ago. Overall, the company's business was heavily impacted by the pandemic in the first nine months, with worldwide vehicle deliveries down 18.7 percent.