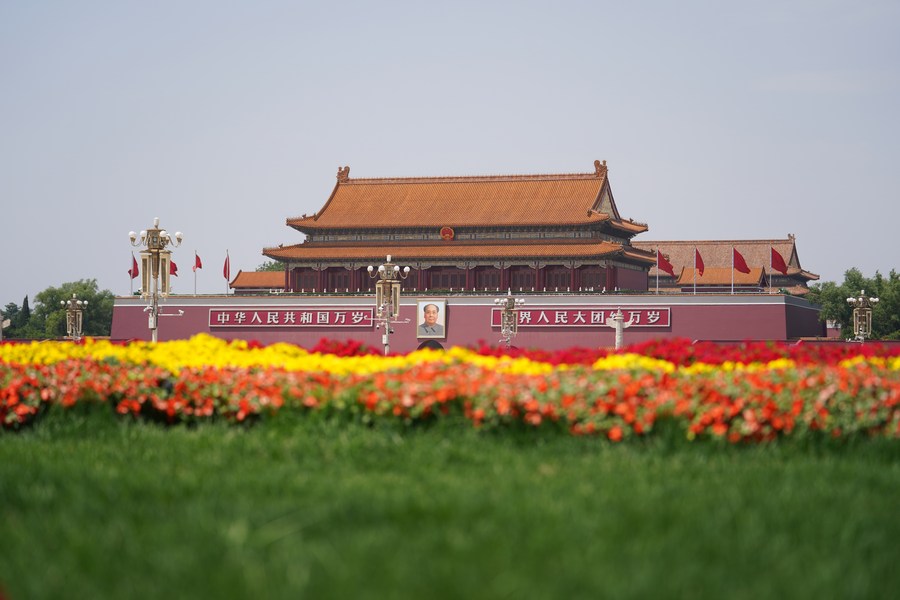 Photo taken on May 28, 2020 shows a view of the Tian'anmen Square in Beijing, capital of China. (Xinhua/Xing Guangli)

China has attained widely recognized economic success and promoted the well-rounded development of all its people during the 13th Five-Year Plan period (2016-2020), with decisive achievements on its path to building a moderately prosperous society in all respects.

For a massive country to score victories on so many fronts -- including eliminating extreme poverty within its borders -- amid unforeseen challenges such as the COVID-19 outbreak, policy consistency and a long-term approach must play vital roles.

The following are some essential factors that have propelled China's progress in innovative, coordinated, green and open development for all, and may tell how the country will strive to become more successful on its development path. 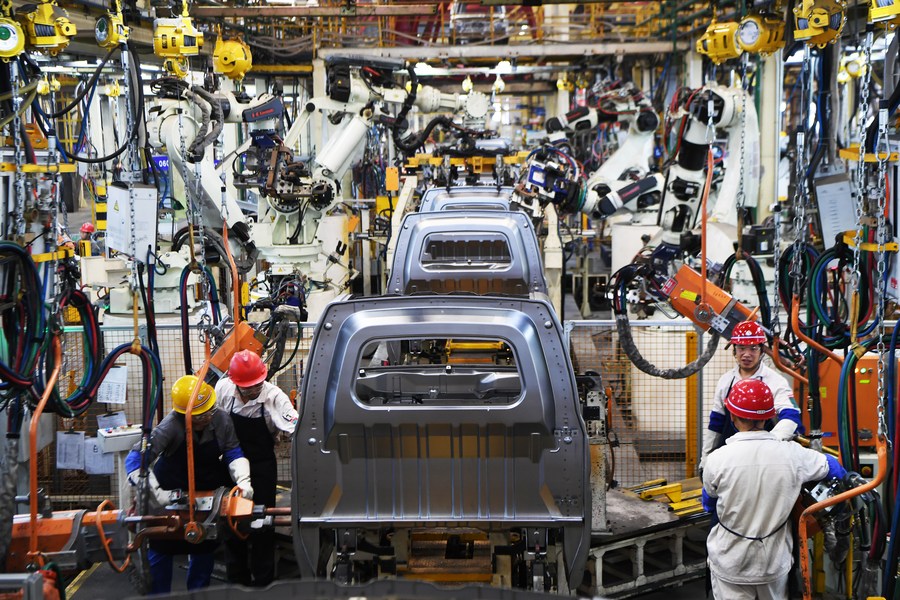 China has attached great importance to sci-tech innovation, taking innovation as the primary driving force of development. Since 2016, the country has made significant accomplishments in implementing its innovation-driven development strategy.

Investment in research and development (R&D) maintained rapid growth. China's R&D investment in 2019 totaled 2.21 trillion yuan (about 330 billion U.S. dollars), ranking second in the world, up 12.5 percent from a year ago and marking double-digit growth for a fourth consecutive year. Spending in 2016 was 1.57 trillion yuan.

Looking ahead, the country will uphold the central role of innovation in its modernization drive and take self-reliance in science and technology as a strategic underpinning for national development, according to the full text of the Communist Party of China (CPC) Central Committee's development proposals made public on Tuesday.

Telling examples of China's emphasis on coordinated development are its regional coordination strategies.

In contrast to most other countries, China has a vast territory and a large population, and its natural resources vary greatly from region to region. Coordinating development across different regions has always been a great challenge.

China will continue to advance coordinated regional development and a new type of urbanization. Efforts will be made to create a new situation in developing the country's western regions, achieve new breakthroughs in revitalizing the northeastern regions, accelerate the rise of central regions, and encourage eastern regions to accelerate the process of modernization, according to the Party leadership's proposals for formulating the 14th Five-Year Plan (2021-2025) for National Economic and Social Development and the Long-Range Objectives Through the Year 2035. 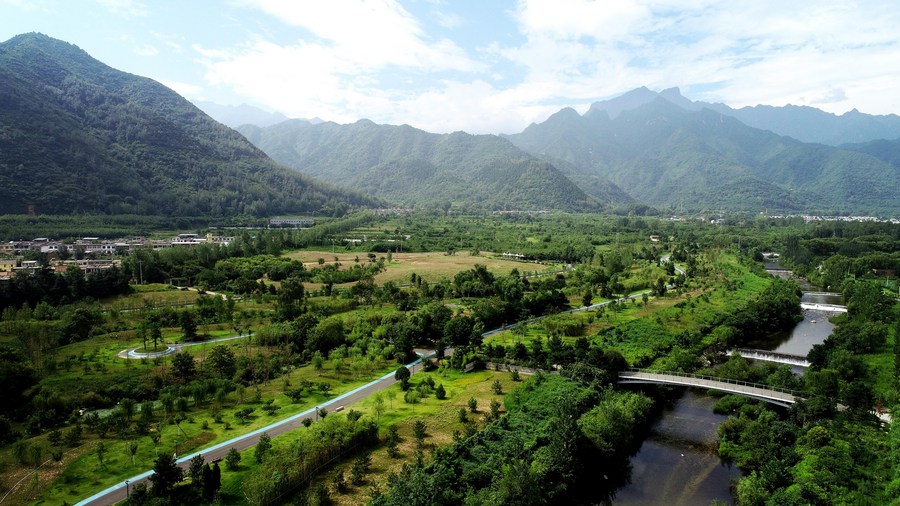 "Lucid waters and lush mountains are invaluable assets" has evolved into a guideline for China's quest for a greener future through sustainable development.

Since 2016, the country has made significant progress in controlling pollution and improving its environment as it pursues a green development path. Air and water quality has improved, and the economy has become more energy-efficient.

In 2019, energy consumption per unit of value-added industrial output by major firms dropped by more than 15 percent from 2015 -- equivalent to saving 480 million tonnes of standard coal.

According to the Party leadership's proposals, China will introduce a series of measures to facilitate the overall green transformation of economic and social development, aiming to further reduce its carbon intensity, or the amount of carbon emissions per unit of GDP, and achieve the goal of having CO2 emissions peak before 2030. The country will also actively take part in and lead international cooperation in tackling climate change and other ecological and environmental protection initiatives.

China has long maintained that opening up is a fundamental national policy regardless of how the international and domestic situations evolve, advancing development for itself and offering more opportunities for the rest of the world to do the same.

Since 2016, the country has opened wider to the world, adding 17 pilot free trade zones nationwide. It has also remained a favored destination for foreign investment due to relentless efforts to nurture a more welcoming business environment.

China has vowed to pursue high-level opening up and leverage the advantages of its huge market to promote international cooperation for win-win results in the span of the upcoming 14th Five-Year Plan. The aim is to turn the country's market into a market for the world, a market shared by all, and a market accessible to all.

"Deeper involvement in international circulation is an integral part of China's efforts to establish a new development pattern," said Han Wenxiu, an official of the Central Committee for Financial and Economic Affairs.

China's development has consistently reflected a people-centered philosophy, which views people as the fundamental force determining the country's future and aims to ensure that the people enjoy a happy life.

Endeavors to ensure a better life for the people have yielded fruitful results over the past five years, with more than 50 million impoverished people in rural areas shaking off poverty from 2016 to 2019. China's per capita disposable income rose 6.5 percent year-on-year on average in real terms.

Advancing poverty alleviation has been the top priority for the CPC since the 18th CPC National Congress, and lifting all rural residents living below the current poverty line out of poverty represents a significant step toward common prosperity.

According to the Party leadership's proposals, China is expected to solidly promote common prosperity and make steady progress toward enhancing people's senses of gain, happiness and security, and will promote all-round human development and social progress across the board.