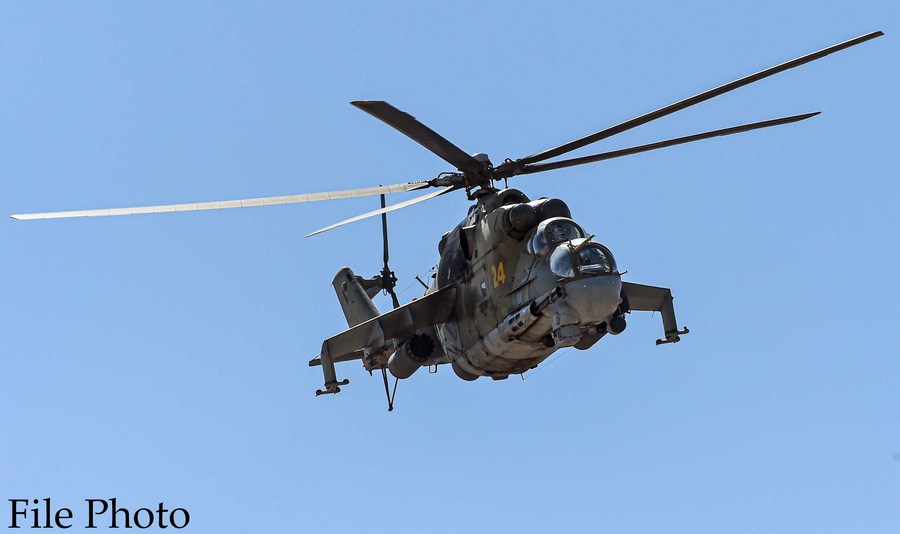 A Mi-24 helicopter flies to the position during the Center-2019 military exercise in Dushanbe region, Tajikistan, on Sept. 18, 2019. (Xinhua/Evgeny Sinitsyn)

The incident was accidental and not directed against the Russian side, the Azerbaijani Foreign Ministry said.

Azerbaijan apologized for accidentally shooting down a Russian Mi-24 military helicopter near the Azerbaijan-Armenia border on Monday, which killed two Russian servicemen.

The incident was accidental and not directed against the Russian side, the Azerbaijani Foreign Ministry said in a statement, adding that Baku is ready to pay appropriate compensation.

Earlier in the day, the Russian Defense Ministry said a Mi-24 helicopter, which was outside the combat zone, was shot down by a man-portable air defense system at around 17:30 Moscow time (1430 GMT) when escorting a convoy of the 102nd Russian military base through the territory of Armenia.

The chopper then lost control and crashed in a mountainous area in Armenia. A third crew member was delivered to the home airfield with moderate injuries.

The Azerbaijani Foreign Ministry explained that the flight took place in the dark at a low altitude outside the air defense radar detection zone, while Russian helicopters have not been seen previously in this area.

The ministry said that the troops on duty decided to open fire, since the situation remains tense near the Azerbaijan-Armenia border as the two countries continue armed clashes in the Nagorno-Karabakh region.