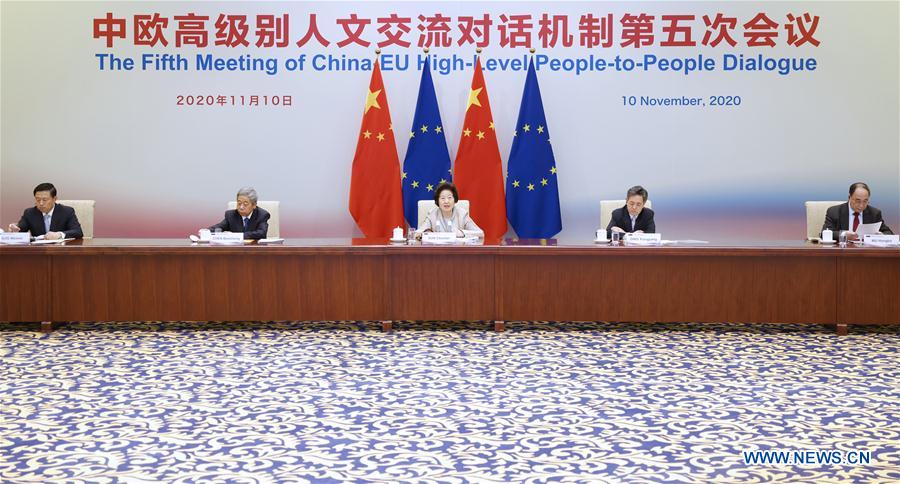 China and the European Union (EU) agreed Tuesday to make productive use of the people-to-people dialogue mechanism to inject new impetus into bilateral ties.

The agreement was made at the fifth meeting of the China-EU high-level people-to-people dialogue, which was held via video link and attended by Chinese Vice Premier Sun Chunlan and Mariya Gabriel, European Commissioner for Innovation, Research, Culture, Education and Youth.

Sun said that deepening people-to-people exchanges is a significant consensus reached by the leaders of China and the EU. Since the fourth meeting of the mechanism, the two sides have actively promoted cooperation in various fields, and personnel exchanges had become closer, with people-to-people bonds continuously consolidated.

In the face of COVID-19, China and the EU have maintained close contact in medical and health cooperation, and supported and worked with each other to deal with the pandemic, which demonstrated the significance and global influence of the China-EU comprehensive strategic partnership, she said.

Sun noted that China will implement a high-level opening-up, deepen people-to-people exchanges with other countries, and promote the construction of a community with a shared future for humanity.

The two sides should take the 45th anniversary of the establishment of diplomatic relations between China and the EU as an opportunity to consolidate existing cooperation, make optimal use of the mechanism, and create a number of brand projects to ensure sustainable bilateral friendship and inject new impetus into ties.