In a 5G-powered near future, a normal day may be a completely different experience: you wake up to breakfast provided by smart kitchen appliances, you hail a driverless taxi to work, and on the way enjoy the radio broadcast, air-quality and news briefing sent by 5G street lamps.

You attend a virtual-reality conference, which connects you with other participants from across the globe. The designs and solutions you hammer out will be instantly transmitted to the factory's computer brain, which will automatically start production by the time you leave the meeting room.

At the hospital, the doctor remotely controlling the gastroscope machine may be on the other side of the Pacific, and a 3D printer will build a digital model of your mouth and teeth for future consultation.

All these imagined futuristic scenarios may soon be realized thanks to the rapid expansion of the superfast 5G network in China, as indicated by the 22nd China High-Tech Fair (CHTF) being held in Shenzhen, the southern tech hub in Guangdong Province.

From the driverless taxis already plying Chinese roads to remotely controlled surgery robots aiding smaller hospitals, the fair gives a panorama of the digital eco-system that is taking shape in China, a year after the country greenlighted the commercial use of 5G. 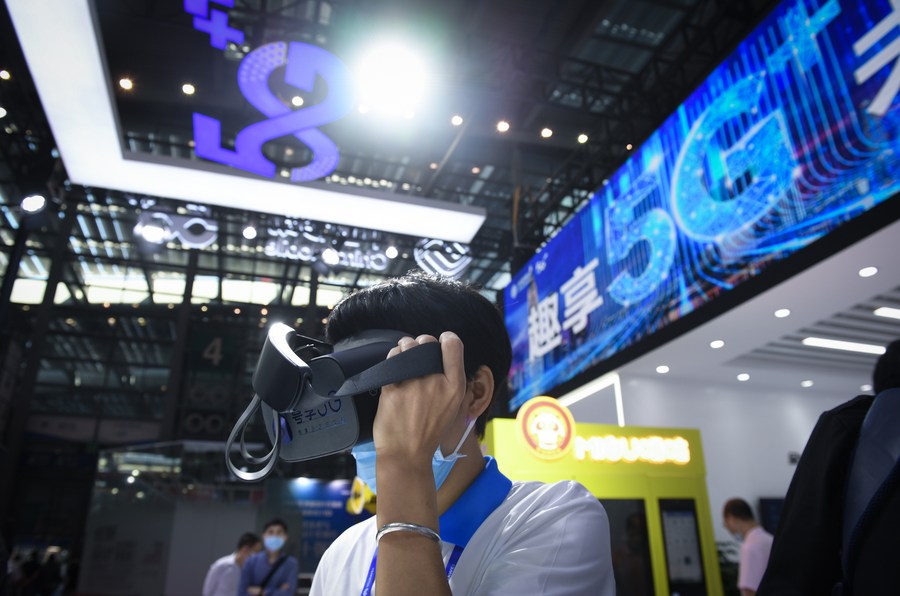 The latest data from the Ministry of Industry and Information Technology (MIIT) show that nearly 700,000 5G base stations have been set up in China. The take-off of 5G infrastructure has powered many new technological applications, said MIIT Vice-Minister Liu Liehong.

"5G technology is building the stage for self-driving vehicles. It is like an 'expressway' for data transmission," Liu Nianqiu, vice-president of DeepRoute.ai, said at the CHTF.

The tech start-up develops core algorithms and computing platforms for driverless cars that are running eight hours a day in an open-road test in Shenzhen's Nanshan District. Liu said autonomous driving relies on 5G to realize many of its functions, including interactions with traffic facilities and the remote monitoring of vehicles. 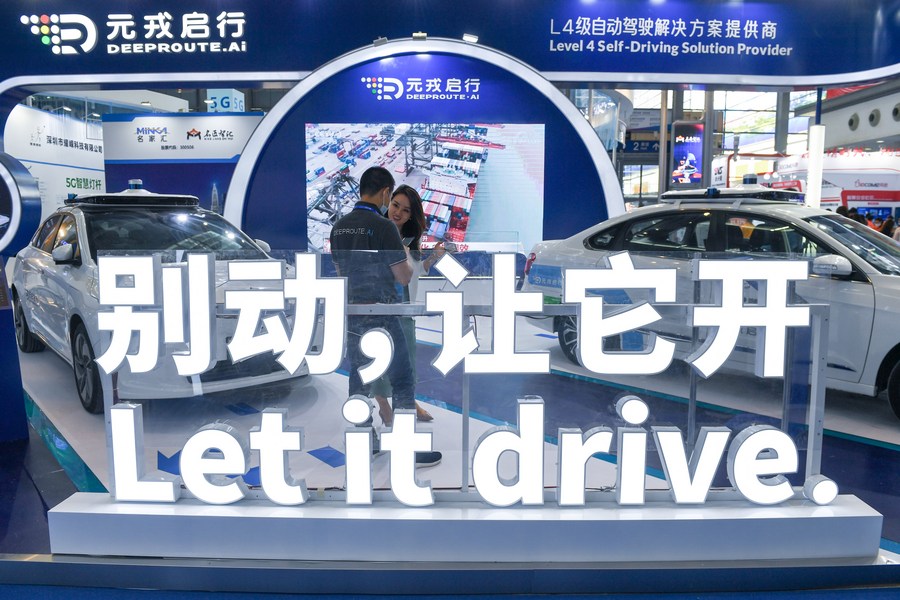 Like driverless cars, many seemingly distant technologies are already becoming reality in Shenzhen, which has realized full coverage of 5G independent networking.

Traffic lights at the city's 200 intersections can automatically adjust their timing to suit road conditions. The city's traffic authorities said the technology integrating 5G and AI has raised the intersections' traffic capacity during rush hours by about 10 percent.

In the Seventh Affiliated Hospital of Sun Yat-sen University, doctors are using 5G to aid their peers in smaller hospitals. Hospitals in China's further-flung cities and countryside have long complained about a lack of experienced doctors, a problem now tackled by 5G-powered remote consultation.

In September, doctors at the Shenzhen-based hospital remote-controlled a robotic arm to perform an ultrasonic testing procedure at the county hospital of Fengqing, in southwest China's Yunnan Province.

"Without zero latency, the idea of remote surgery is just a fantasy," said hospital director He Yulong, adding that they will team up with the county hospital to experiment with 5G remote ward management and remote gastroscopy. 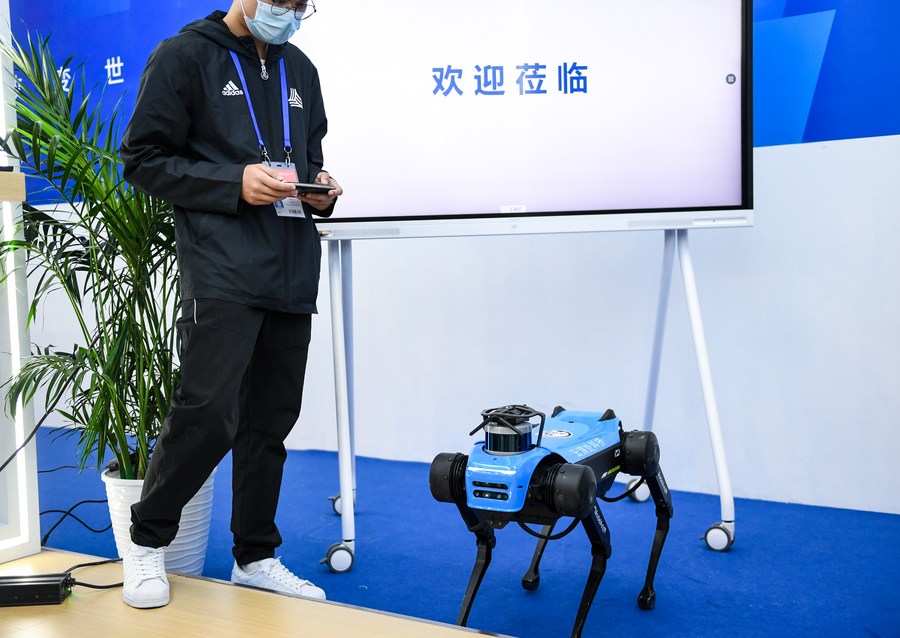 In the industrial sector, 5G technology is boosting the ongoing digital transformation at Chinese factories to raise their production efficiency.

China's telecom-equipment maker ZTE Corporation said they have built a smart manufacturing base with an annual capacity of 5 million sets of 5G equipment in Nanjing, in east China's Jiangsu province.

The plant itself is a paragon of 5G applications. Its machines are equipped with sensors to record every action and item of data, which are used to feed real-time analysis in its cloud. The company said the operation of the base will be a model for other industries, such as iron and steel and manufacturing.

Wu Hequan, an academician with the Chinese Academy of Engineering, predicted at the CHTF that China will see a deep "coupling" between 5G and other information technologies such as cloud computing, AI and blockchain as the country enters the 14th Five-Year Plan period (2021-2025).

The MIIT vice-minister, while briefing China's latest achievements in 5G infrastructure, said the new round of the sci-tech revolution has opened up new "racetracks" for industries, providing opportunities for companies and countries to "change lanes and overtake."

Participants of the tech fair suggest that, despite its great economic potential, China still needs to further enrich the 5G eco-system and establish industry standards.

"Application of 5G and AI technologies is a long process, and the most important part of it is integrating with real-life scenarios to create effective demands," said Zhang Lingbin with ArcSoft, a tech firm specialized in AI facial recognition.

"This cannot be done by one or two companies. It requires innovation from many players, like building blocks," Zhang said at the CHTF.