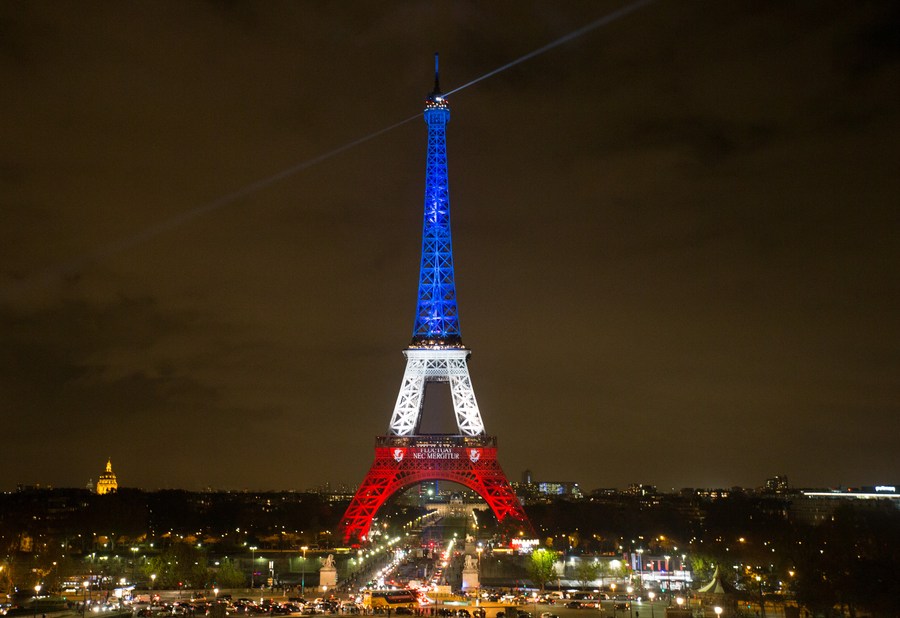 The Eiffel Tower is lit with the blue, white and red colours of the French flag in Paris, France, Nov. 16, 2015, to pay tribute to the victims of the terror attacks on Nov. 13, 2015, in the French capital. (Xinhua/Xu Jinquan)

France on Friday paid tribute to the victims of the November 2015 Paris attacks, as officials reiterated that risks of terrorist acts remain high in the country.

The officials then went to the cafes, restaurants and Bataclan performance hall to honor the victims killed in the explosions, mass-shootings and hostage-taking that followed that day.

Five years after the deadliest assaults that France has experienced since the Second World War, "the terrorist risk is very high," said Interior Minister Gerald Darmanin.

"We face a double-edged threat: from outside -- people sent from abroad, and a grave internal threat -- people who are amongst us, our enemies within. Those threats are increasing," Darmanin told France info radio early on Friday. 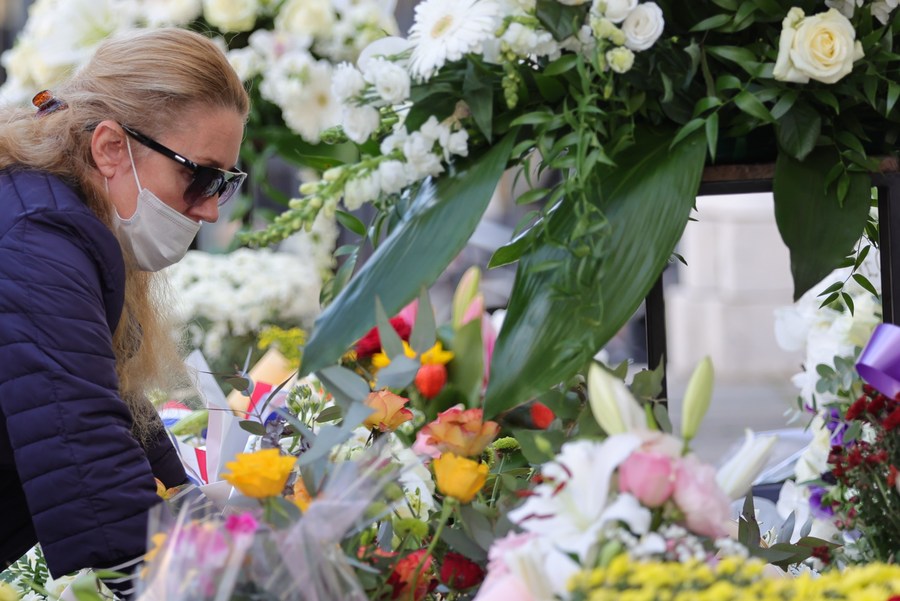 A woman pays tribute to victims of knife attack outside Notre-Dame basilica in Nice, France, Oct. 30, 2020. (Photo by Serge Haouzi/Xinhua)

A history teacher was beheaded outside a middle school in Paris suburbs on Oct. 16. A knifeman killed three people at a church in central Nice on Oct. 29.

In the last five years, 20 attacks have been carried out on French soil, 19 plots failed and 61 were thwarted, according to Nicolas Lerner, Director General of Internal Security (DGSI).

"The risk of an attack like that of Nov. 13 (2015) has decreased, but it has not disappeared, as remains the risk of acts committed by isolated individuals who entered the national territory illegally," Lerner told Le Figaro newspaper.

"To face this threat, cooperation between internal and external services and with our foreign partners is vital," he said.