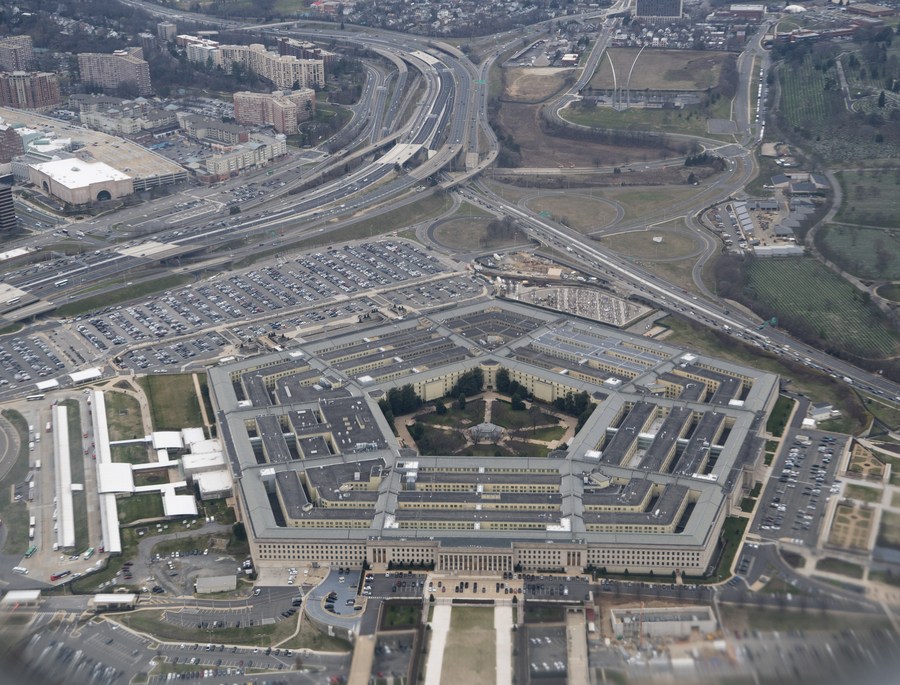 Photo taken on Feb. 19, 2020 shows the Pentagon seen from an airplane over Washington D.C., the United States. (Xinhua/Liu Jie)

"A precipitous drawdown in either Afghanistan or Iraq would be a mistake," U.S. Senate Majority Leader Mitch McConnell criticized the Pentagon's force reduction plan.

The Pentagon on Tuesday confirmed that U.S. troops in Afghanistan and Iraq will be reduced to 2,500 level respectively by mid-January 2021.

Miller noted that the forces reposition plan, ordered by President Donald Trump, "is consistent with our established plans and strategic objective."

Currently, there are approximately 4,500 U.S. troops in Afghanistan, and 3,000 troops in Iraq to support Iraqi forces in battles against remnants of the Islamic State, mainly for training and advisory purposes. 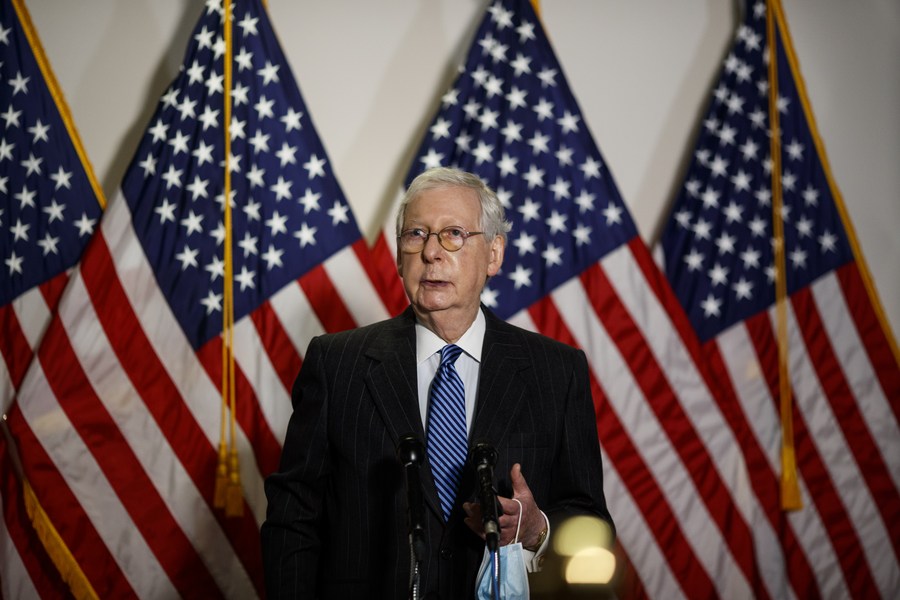 Less than an hour after the Pentagon's announcement, Senate Majority Leader Mitch McConnell told reporters that "it is extremely important here in the next couple of months not to have any earthshaking changes with regard to defense and foreign policy."

"A precipitous drawdown in either Afghanistan or Iraq would be a mistake," the top Senate Republican added.

The force reduction plan came after a reshuffle of Pentagon leadership last week. Trump on Nov. 9 appointed Miller, the director of the National Counterterrorism Center, as acting defense secretary to replace former Pentagon chief Mark Esper, who reportedly had been pushing back on a premature withdrawal from Afghanistan.

The war in Afghanistan, which has caused about 2,400 U.S. military deaths, is the longest one in U.S. history. Trump has long sought a full withdrawal from the country, but some of his senior aides from the military and the Pentagon suggested a condition-based withdrawal, a more cautious approach.

The United States and Afghan Taliban signed an agreement in late February, which called for a full withdrawal of the U.S. military forces from Afghanistan by May 2021 if the Taliban meets the conditions of the deal, including severing ties with terrorist groups.

Commander of U.S. Central Command Kenneth McKenzie said that the Taliban "had not shown conclusively that they're going to break with al-Qaeda."