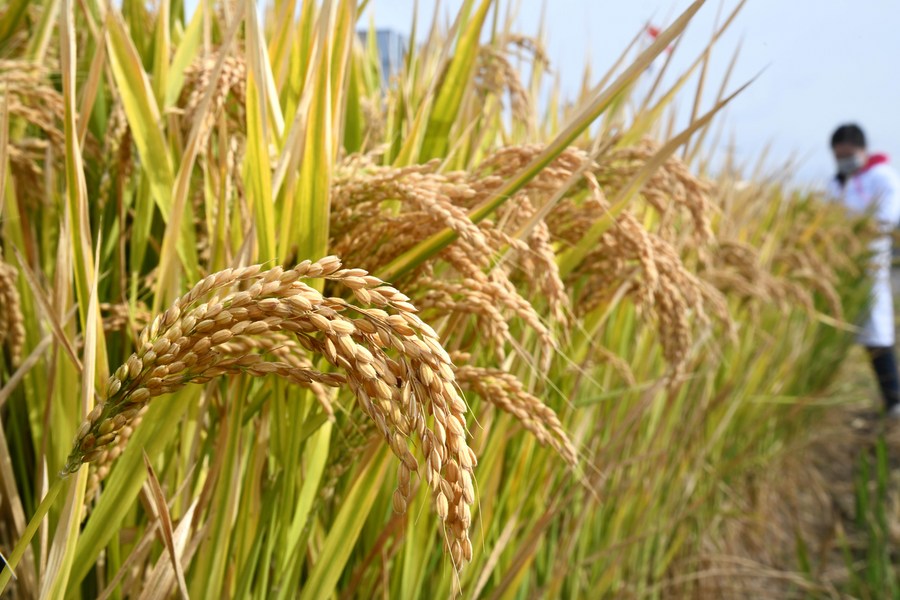 A rice field from a hundred years ago would be almost unrecognizable for anyone accustomed to the modern incarnation.

Rice stalks were as much as twice the height of the 80-centimeter (31.5-inch) stalks common today, and they included much more foliage. That means they used far more water, needed more space and produced a smaller rice kernel.

Less visible was the fact that the rice of a hundred years ago was more prone to disease, less nutritious, required more sunlight to mature, and the rice it produced had a shorter shelf life. Overall, the typical rice paddy 100 years ago was not even half as productive as current fields.

"A lot has changed over the last century," Filip Haxhari, manager of the Genetic Improvement Department at the Rice Research Center for Italy's National Rice Authority, told Xinhua. "Research and experimentation have resulted in big strides, and work is still being carried out."

Haxhari should know. Italy's National Rice Authority is among the world's premier research entities when it comes to rice. 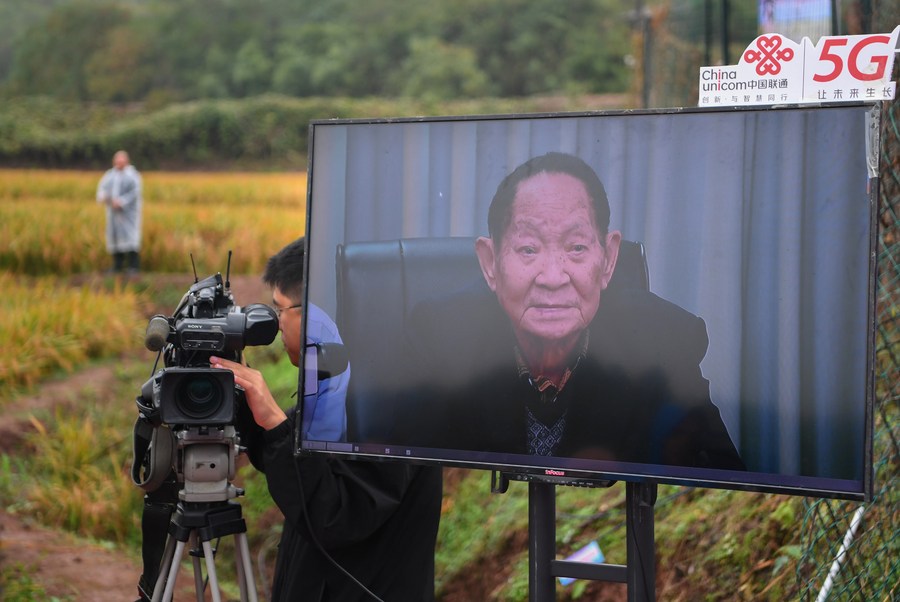 Yuan Longping, the "father of hybrid rice", is seen on a screen during video link at an experimental demonstration field in Hengnan County, central China's Hunan Province, Nov. 2, 2020. (Xinhua/Chen Zeguo)

It is not a coincidence that it is based in Italy, which accounts for half of the total rice produced in Europe, according to Haxhari. The country has nearly 230,000 hectares (around 570,000 acres) of rice paddies planted.

The authority, which is based in Milan and has satellite offices or research facilities in nine other Italian cities, has collected samples of more than 1,600 different types of rice, coming from every rice-producing country.

Haxhari and other researchers -- agronomists, biologists, chemists, and geneticists -- are continually experimenting to find ways to further improve rice as an agricultural product, continuing the transformation of the grain that produced such dramatic results over the last century. Haxhari said it usually takes about ten years of work to come up with a new and useful rice strain.

He said that some strains of rice from China being studied by the authority bring high yields, disease resistance and more durability, while those from Brazil mature faster and those originating in Russia and Romania can thrive in colder weather. Many countries have rice that can contribute to the plasticity of the crop, making it more adept at thriving in a variety of circumstances.

The problem is cold weather that is especially relevant in Italy, where the country's main rice-growing regions -- Lombardy, Piedmont, and Veneto -- are all in the northern part of the country, pushing up against the 45th degree of latitude north of the equator. Haxhari said rice grows best in temperate climates, between 45 degrees south latitude to 45 degrees north latitude. 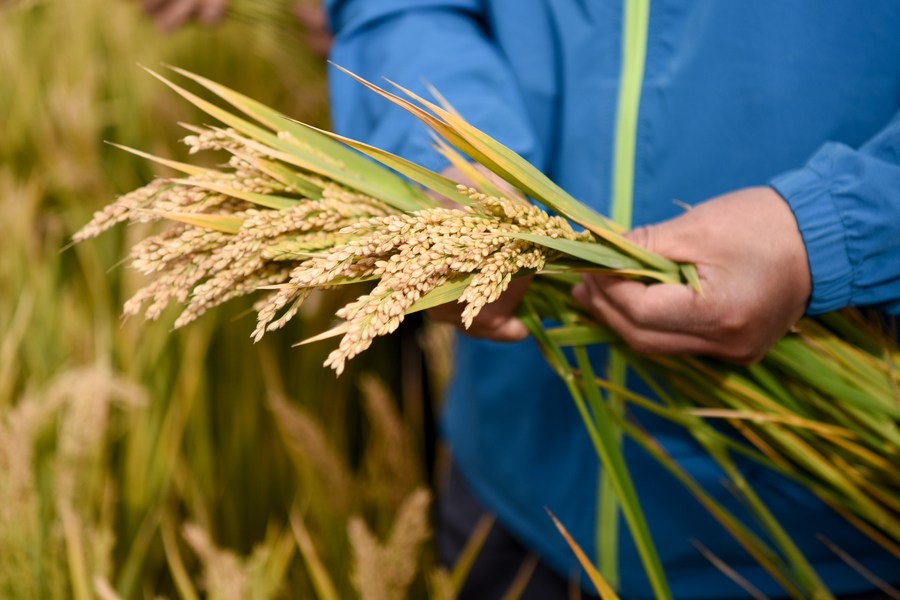 "In Italy, we test the limits of how far north rice can be grown," Haxhari said. "But that is an advantage from a research perspective. When there is a need research can help meet that need."

Over the coming decades, Haxhari predicted rice yields would continue to rise, with strains becoming more resistant to disease, while using less water and with a greater capacity to thrive in more extreme environments. He said that over time, strains will have higher nutritional values. Taste will improve as well, Haxhari said.

"Rice strains available today are far better than what was available in previous generations," he said. "But there is always room for improvement."