CHONGQING, Nov. 25 (Gwadar Pro) ¨C ˇ°At that time, everything got more lively even than the celebration of New Year's Day in each household after the village got electricity, it really changed a lot,ˇ±George Zhou, CEO of Chongqing Savvy Industries Company Limited, told Gwadar Pro, sharing his experience in establishing small, mini and micro hydropower plants in rural areas in Pakistan.

This Chinese company has completed the building of over 13 small, mini and micro hydropower plants in Pakistan as of 2019, of which seven have finished installation and trial run and started generating power in Gilgit, four were in Khyber Pakhtunkhwa(KP), and another four are now under installation in KP. 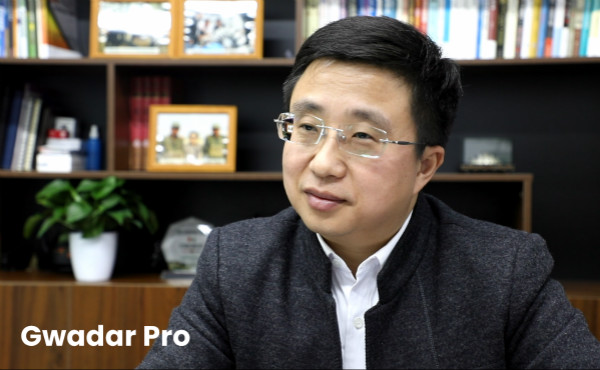 The enthusiastic response from local villagers

ˇ°First of all I would appreciate China-Pakistan friendship, as once we arrived at the airport, someone would care for our safety. Generally speaking, it is relatively smooth for a Chinese company to go through customs clearance when doing business there,ˇ± Zhou mentioned the support he got from Pakistani local government in connection with safety issues.

ˇ°After arriving at the power station, the security service offered to us is free of charge all the way, which is unimaginable in other countries and makes us feel relieved,ˇ± he added.

Besides, ardent local people also offer great help to Zhou in the whole process. ˇ°Knowing that we are to send electricity, many villagers came to help us spontaneously, even with relatively low pay. No facilities got lost or destroyed even after being stored there for over half a year due to their careful protection,ˇ± Zhou said, expressing his gratitude.

These small,mini and micro hydropower plants have delivered tangible benefits to the well-being of local people, especially in those underdeveloped areas without access to electricity before.

As Zhou mentioned, these power plants could help rural areas to realize electrification, which would lay a solid foundation for further modernization and intelligent development, given the renewability of hydropower, instead of environmentally-threatening coal power and high-cost gas power.

"We built a 1000 kW hydro-power station in Gilgit, which is used to supply electricity to the Suster Customs. Once the power is generated, the customs office can operate normally, and it becomes very convenient for customs clearance," he gave an example, further explaining the benefits brought to local economic and social progress.

There exists the potential for cooperation between China and Pakistan

Zhou introduced the suitable prerequisites for the establishment of small, mini and micro hydropower plants in Pakistan, including abundant water resources, large demand for electricity, and the country's potential for development.

As per the reasons for the Chinese companyˇŻs investment in Pakistan, it predominantly attributes to the close relationship between the two countries, as well as its supporting facilities and potential market in Pakistan.

Zhou added that as a large developing country with more than 200 million population, Pakistan still faces a vast gap in power supply to achieve industrialization, from a traditionally agricultural country. Being iron-brother, China is willing to offer technical support in this area.

Besides, CPEC has also created opportunities and privileges for SMEs like the company Zhou works for. "For a small-sized enterprise like us, it's truly costly to turn to the agency for transporting facilities to a local power station, a business platform under CPEC, however, recommends a local logistics enterprise which supports us a lot in this regard," he said.

Aside from small, mini and micro hydropower plants, solar power, which belongs to renewable energy, is also an area that Zhou is exploring now. It is hoped that new energy, which is indeed a major trend in the world, could also help Pakistan realize more development in the years to come.