-- New COVID-19 infections contracted over the Thanksgiving holiday will not become evident until weeks later, making it "very difficult" as the virus could spiral out of control heading into the December holiday season.

-- In addition to Thanksgiving, the upcoming holiday season that lasts till the end of the year will also be negatively affected by the raging global pandemic.

When Thanksgiving, a holiday for family reunion, falls on Thursday, the bodies of hundreds of people who died from COVID-19 remain stored in freezer trucks in New York City, many of which are of people whose families cannot be located or cannot afford a proper burial.

"Thanksgiving is kind of a reminder of just how bad things are. My parents are not going to really be able to have a Thanksgiving maybe with my sister who lives just down the street from them," Andrew Cardoso, an American from Los Angeles who teaches English writing at a university in Beijing, told Xinhua recently.

Global COVID-19 infections has surpassed 60 million as of Thursday afternoon, with over 1.4 million deaths registered worldwide, according to the latest figures from the World Health Organization (WHO).

Faced with such a grave situation, world leaders, officials and experts have called for tougher health measures with strict adherence and closer international cooperation. 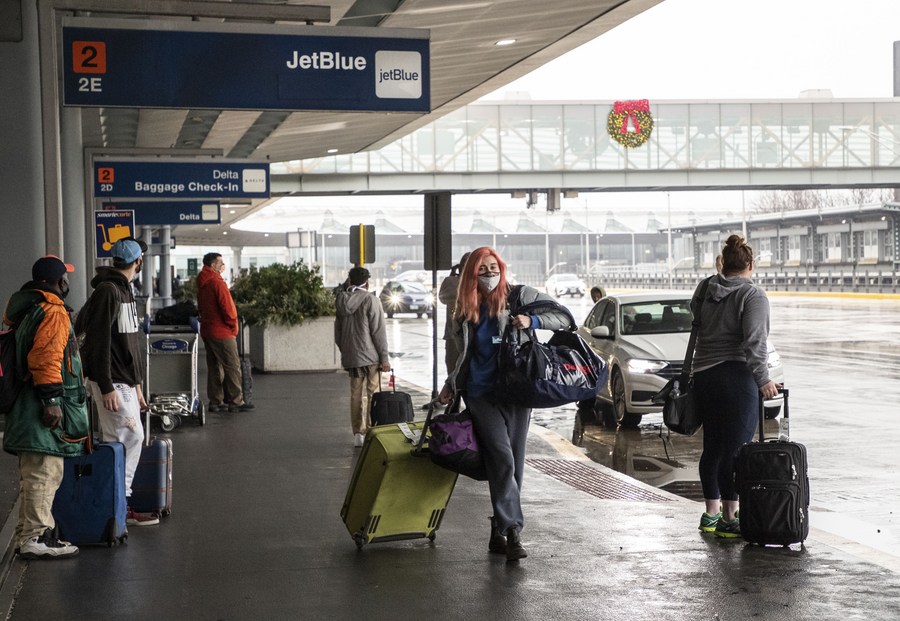 The United States by Thursday afternoon has recorded more than 12.86 million cases and over 263,200 deaths, both the highest in the world, according to the real-time count kept by Johns Hopkins University.

Nearly 90,000 COVID-19 patients are in hospitals across the country as of Thursday, the Thanksgiving day, reaching a new all-time high for the 16th consecutive day, according to The COVID Tracking Project.

Facing a dire situation, the U.S. government is pinning its hopes on a COVID vaccine; however, a recent Gallup poll showed that 42 percent of Americans said they would not get vaccinated, most of them citing the rushed timeline.

Social media accounts held by anti-vaxxers have seen their followers grow by around 7.8 million since 2019, said a recent report from the Center for Countering Digital Hate, adding that 31 million people follow anti-vaccine groups on Facebook, with 17 million people subscribing to similar accounts on YouTube.

Overshadowed by yet another grim estimate, a recent study by the team of Jeffrey Shaman, an epidemiologist from Columbia University, showed that 3.6 million people in the United States have active coronavirus infections and are potentially contagious, a figure significantly higher than the official tally.

"It's bad; it's really, really bad," said Shaman, adding that the Thanksgiving Day celebrations will likely worsen the spread of the virus.