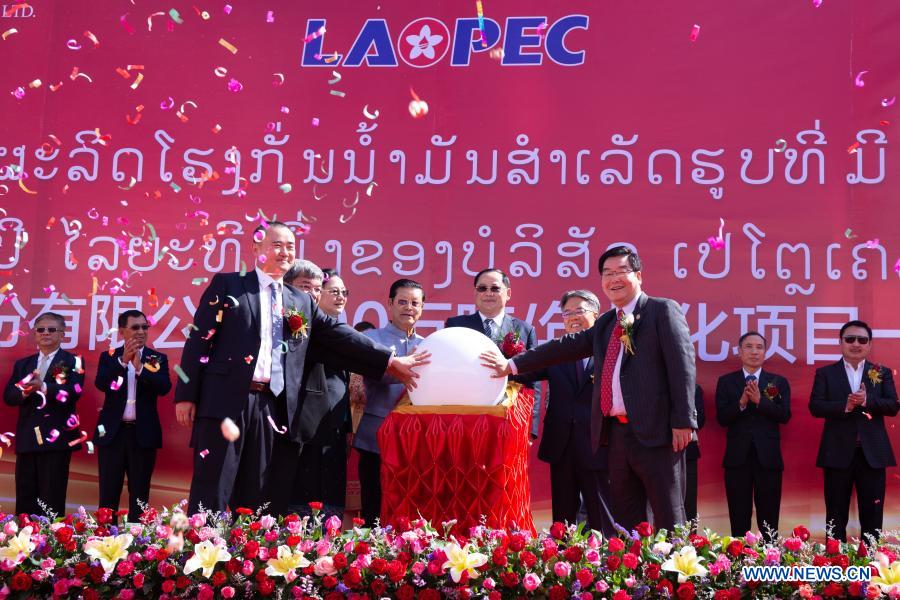 The Laopec, which is Laos' first refinery, will effectively fill the gap in the petrochemical industry in Laos and change the status quo that all its refined oil depends on imports.

The inauguration ceremony, held live online on Monday at two venues, was attended by Chinese Ambassador to Laos Jiang Zaidong, politburo member of the Central Committee of the Lao People's Revolutionary Party (LPRP) and Deputy Prime Minister Sonexay Siphandone, and Somsavat Lengsavad, advisor to the LPRP Central Committee and former deputy prime minister in Vientiane of Laos and the acting governor of Yunnan Province, Wang Yubo in Kunming.

The Laopec project, located in the Saysettha Comprehensive Development Zone in Vientiane, covers an area of 425 mu (about 28.3 hectares) and plans to invest about two billion U.S. dollars in three phases to build a modern oil refinery.

It is reported that the comprehensive processing capacity of Laopec's first phase will reach one million tons per year, and will provide Laos with a safe and stable supply of refined oil, thus to play an important role in the development of Laos' industry.