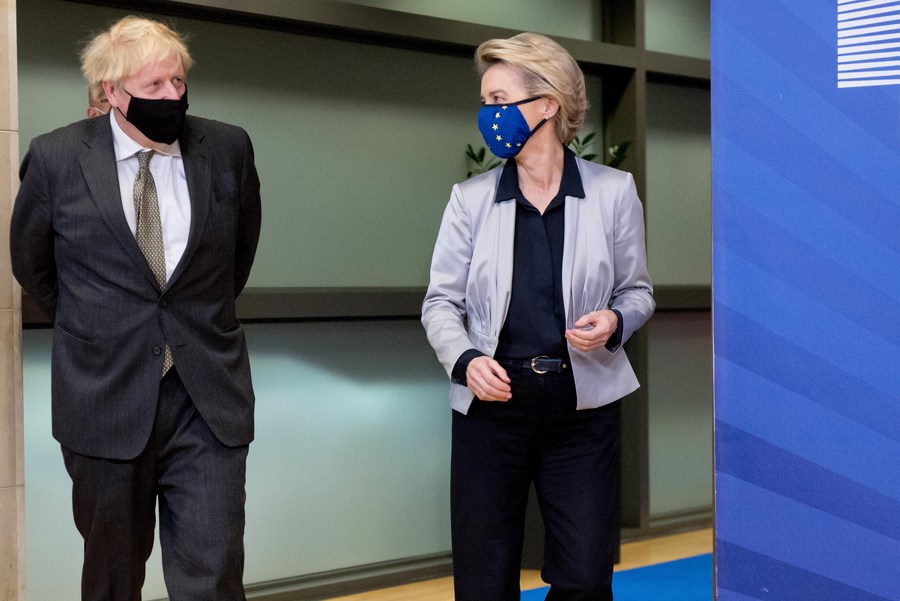 British Prime Minister Boris Johnson on Thursday warned of a "strong possibility" that Britain and the European Union (EU) will fail to strike a post-Brexit trade agreement.

Speaking from Downing Street, Johnson said "now is the time" for businesses and the public to prepare for that outcome, the BBC reported.

Nonetheless, the prime minister pledged to "keep going" and "go the extra mile" to seek an agreement with the EU.

"The UK has been incredibly flexible," he said. "We tried very hard to make progress on all sorts of things."

Australia trades with the EU largely on the World Trade Organization (WTO) terms.

"That doesn't mean it's a bad thing; there are plenty of ways that we can turn that to the advantage of both sides," said Johnson.

"Now is the time for the public and for businesses to get ready for Jan. 1, because believe me there's going to be change either way," he added. 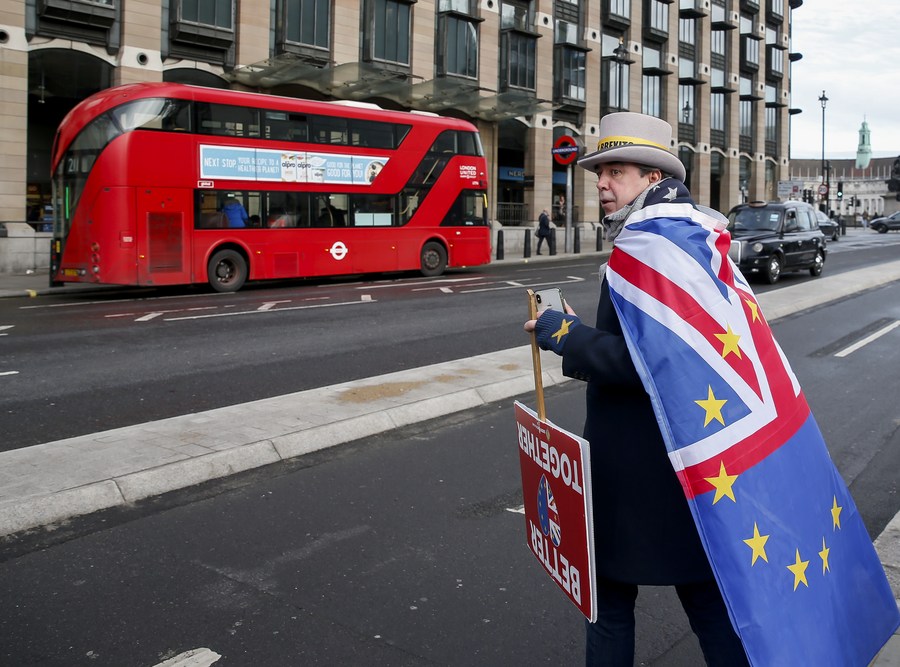 The emergency meeting in Brussels between Johnson and European Commission President Ursula von der Leyen to seek a post-Brexit trade deal ended Wednesday evening without breakthrough as "very large gaps remain" between the two sides, according to Downing Street.

The two leaders have agreed that their negotiating teams will continue discussions over the coming days and a firm decision about the future of the talks should be taken by Sunday. Both sides have said significant differences remain on three critical issues: level playing field, governance and fisheries. 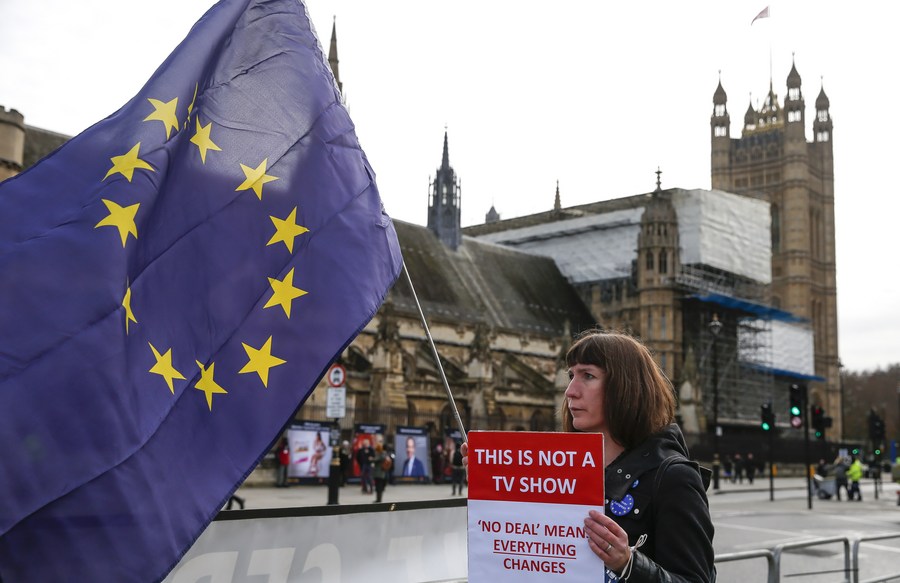 An anti-Brexit demonstrator stands outside the Houses of Parliament in London, Britain, Dec. 9, 2020. (Xinhua/Han Yan)

The trade negotiations are at a crucial stage as time is running out for both sides to secure a deal before the Brexit transition period expires at the end of the year.

Failure to reach a free trade agreement means bilateral trade will fall back on WTO rules in 2021.