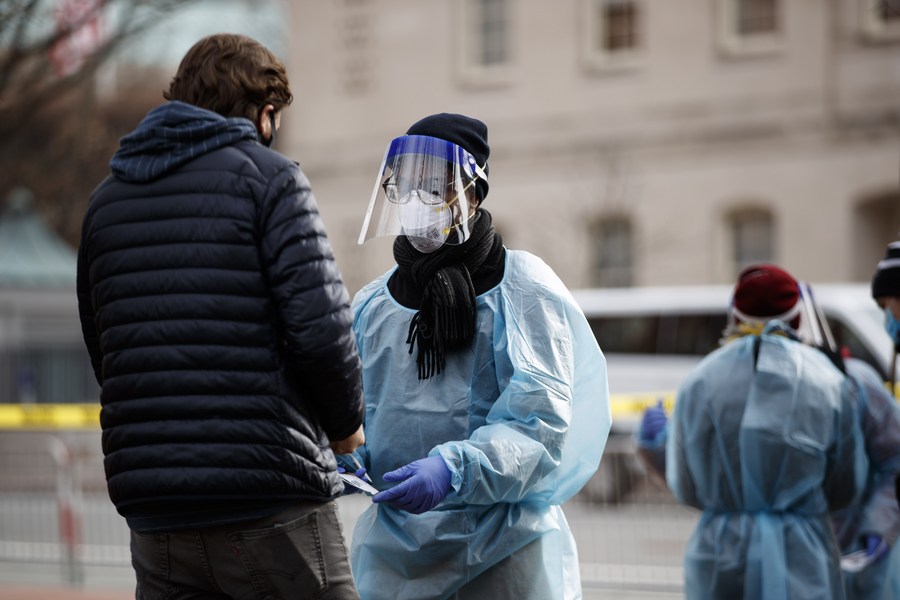 A healthcare worker helps people check in for COVID-19 test at a testing site in Washington, D.C., the United States, Dec. 9, 2020. (Photo by Ting Shen/Xinhua)

U.S. COVID-19 deaths added 3,124 on Wednesday, the largest single-day death toll the country has ever seen since the pandemic began. It was also the first time that the U.S. daily deaths had crossed the threshold of 3,000.

U.S. COVID-19 deaths surpassed 290,000 on Thursday, according to the Center for Systems Science and Engineering (CSSE) at Johns Hopkins University.

New York state reported 35,183 fatalities, at the top of the U.S. state-level death toll list. Texas recorded the second most deaths, standing at 23,657. The states of California, Florida and New Jersey all confirmed more than 17,000 deaths, the CSSE tally showed.

States with more than 10,000 fatalities also include Illinois, Pennsylvania, Massachusetts and Michigan.

The United States remains the nation hit the worst by the pandemic, with the world's highest caseload and death toll, accounting for more than 18 percent of the global deaths.

U.S. COVID-19 deaths added 3,124 on Wednesday, the largest single-day death toll the country has ever seen since the pandemic began. It was also the first time that the U.S. daily deaths had crossed the threshold of 3,000, according to data compiled by Johns Hopkins University. 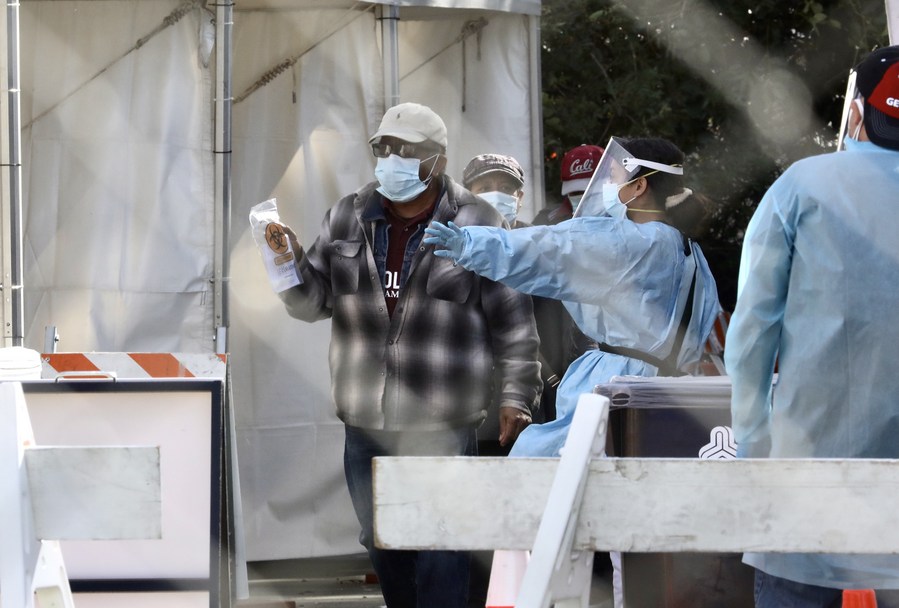 People are seen at a COVID-19 testing center at the San Fernando regional park in Los Angeles County, the United States, Dec. 8, 2020. (Xinhua)

Meanwhile, current hospitalizations in the United States hit an all-time high of 106,671 on Wednesday, according to The COVID Tracking Project.

In addition, the United States confirmed 221,267 new cases on Wednesday, the second highest daily increase in new cases since the onset of the pandemic, the CSSE chart showed.

Aron Hall, an official from the CDC's Division of Viral Diseases, pointed out Thursday during an online meeting that U.S. COVID-19 cases and deaths were actually many more than reported.

According to Hall, the total estimated number of infections is likely two to seven times greater than reported cases, based on seroprevalence surveys and models.