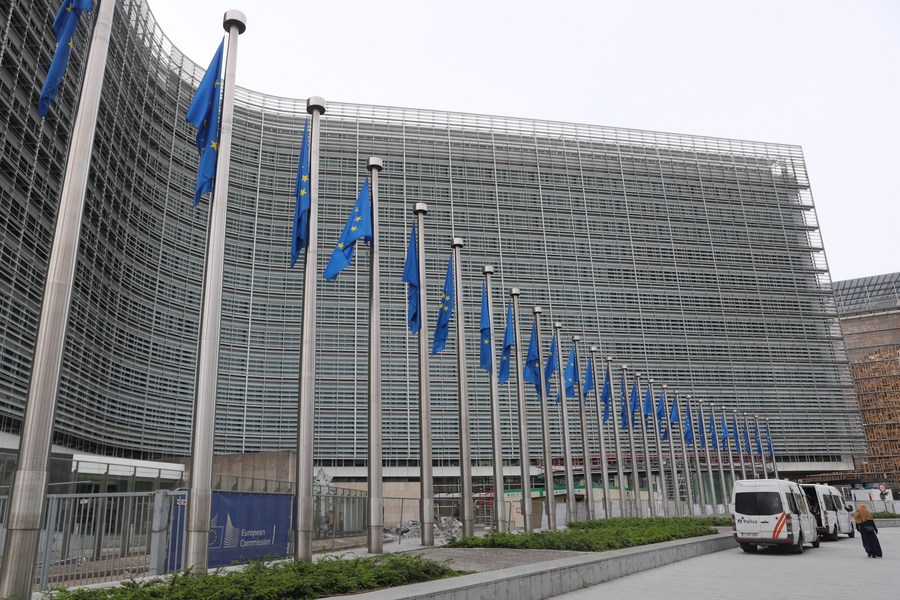 A woman walks past the European Commission headquarters at the European Quarter in Brussels, Belgium, July 19, 2020. (Xinhua/Zheng Huansong)

After a "constructive and useful phone call" with British Prime Minister Boris Johnson, von der Leyen said in a statement in Brussels that despite the fact that deadlines have been missed over and over, "we both think it is responsible at this point to go the extra mile."

Hopes of Britain and the European Union (EU) reaching a post-Brexit trade deal were kept alive Sunday after the two sides agreed to continue talks beyond the Dec. 13 deadline.

Sunday had been slated as a cut-off point to reach an agreement before the end of Britain's Brexit transition period on Dec. 31. In a surprise move, British Prime Minister Boris Johnson and European Commission President Ursula von der Leyen agreed that negotiations between both sides should continue beyond the deadline.

After a "constructive and useful phone call" with British Prime Minister Boris Johnson, von der Leyen said in a statement in Brussels that despite the fact that deadlines have been missed over and over, "we both think it is responsible at this point to go the extra mile."

Further negotiations will take place in Brussels, von der Leyen said, adding that it remains to be seen if an agreement can be reached even "at this late stage."

It raised hopes on both sides of the English Channel, that at the 11th hour, a future trading deal between both sides started to appear on the horizon. 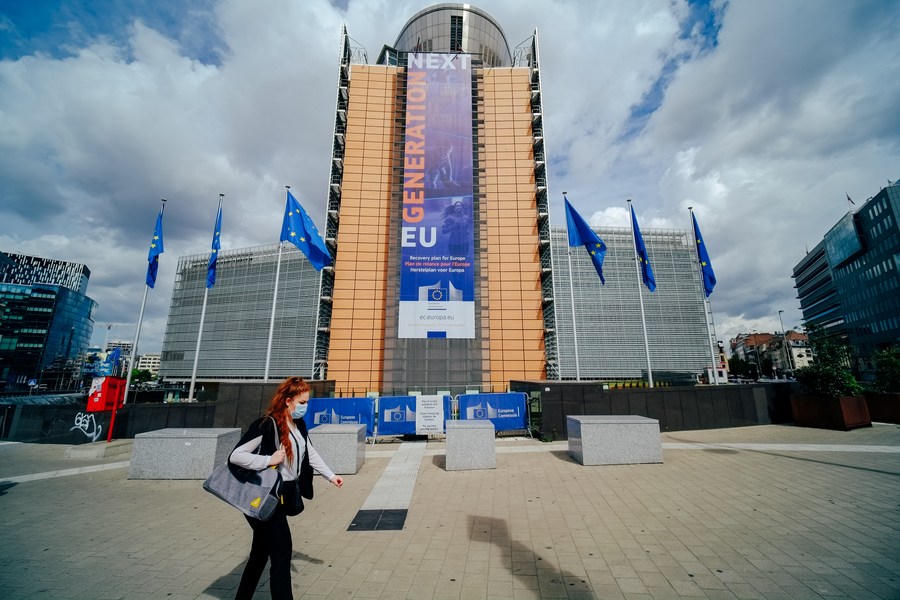 The dramatic development was welcomed by politicians and business leaders, though companies were still being urged to ready themselves for a no-deal exit from the regional bloc.

"We are always happy to talk and make progress where we can. I do think there is a deal to be done, if our partners, want to do it," he told British media.

The Sunday deadline had been set on the basis that time was needed for the British and the European parliaments to ratify the deal. Under the EU rules, a veto from just one member state would be enough to reject any deal.

Political observers in London commented that one striking feature about Sunday's statement was that so far no new deadline has been set for negotiations to conclude.

It was also believed that the tone of the statement sounded a bit more positive than the joint statement from Johnson and von der Leyen after their discussions in Brussels on Wednesday which pointed to a grim outlook for a deal.

In its first response to Sunday's development, a spokesperson for Britain's main opposition Labour Party said: "The Conservatives promised the British people that they had an oven-ready deal and that they would get Brexit done. The government needs to deliver on that promise, get us the deal and allow us to move on as a country."

Simon Coveney, Ireland's foreign minister, said on Twitter: "Time to hold our nerve and allow the negotiators to inch progress forward even at this late stage. The joint statement on Brexit negotiations is a good signal. A deal clearly very difficult but possible."