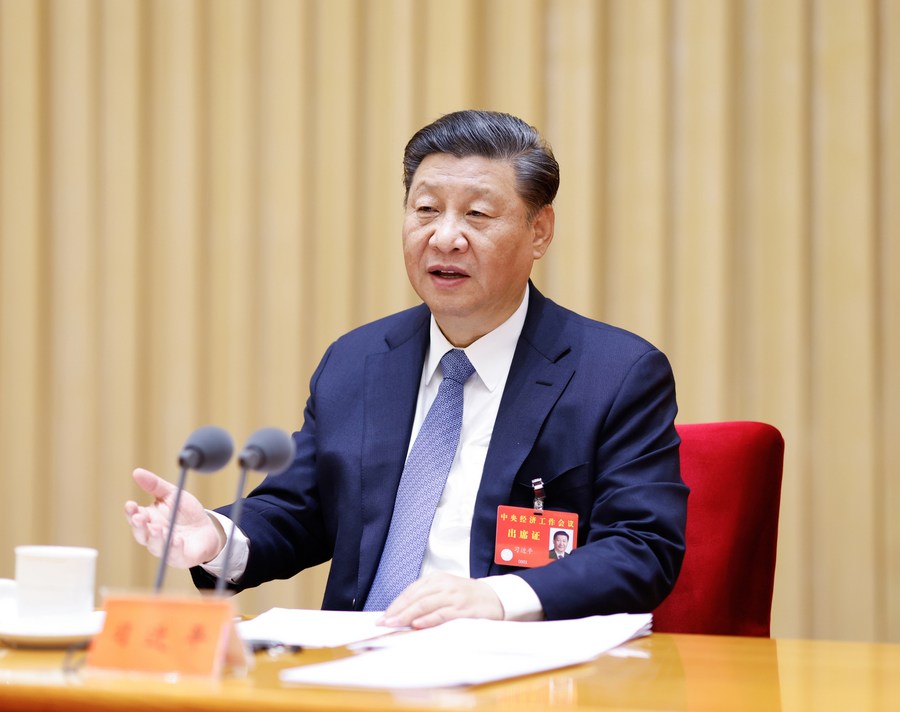 Xi Jinping Thought on Socialist Economy with Chinese Characteristics for a New Era has been advancing with the times, steering the Chinese economy ahead amid a changing world full of uncertainties.

Xi's economic thought, unveiled at the Central Economic Work Conference held in December 2017, is mainly based on the new development philosophy put forward by Xi in 2015 and features innovative, coordinated, green, open and shared development.

Regarded as the "latest fruit" of socialist political economy with Chinese characteristics, the thought reflects the leadership's growing understanding of the laws of economic and social development and makes clear the key principles to be upheld in promoting economic development for a new era. 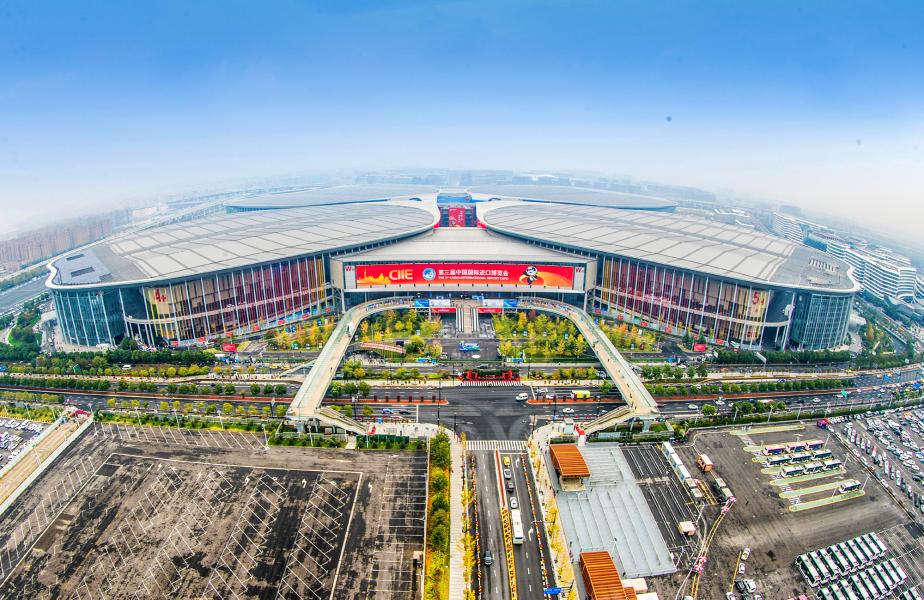 When the new development philosophy was put forward in 2015, China's economy registered a 6.9-percent growth year on year, the slowest annual expansion in a quarter of a century. Two years later at the 19th Communist Party of China (CPC) National Congress, Xi made an important judgment that the country's economy has been transitioning from a phase of rapid growth to a stage of high-quality development.

Since then, high-quality development has been taken as the fundamental requirement for authorities to make economic policies and exercise macroeconomic control.

Remarkable achievements have been made over the years, testifying to the viability and effectiveness of the thought in guiding China's economic work. Despite the challenges from deglobalization, protectionism, COVID-19 and others, the Chinese economy has grown close to 100 trillion yuan (about 15.27 trillion U.S. dollars) with a per capita GDP exceeding 10,000 U.S. dollars, contributing about 30 percent to world economic growth.

China has become the only major economy in the world to achieve positive growth in 2020, boasts the world's largest middle-income population and contributes more than 70 percent of the global reduction in poverty by lifting hundreds of millions of people out of absolute poverty.

The new development philosophy featuring five development concepts has guided the drafting of the CPC Central Committee's proposals for formulating the 14th Five-Year Plan (2021-2025) for National Economic and Social Development and the Long-Range Objectives Through the Year 2035.

China should focus on promoting high-quality development during its 14th Five-Year Plan period, Xi said. This is based on the scientific assessment of the country's development situations.

The country will uphold the central role of innovation in its modernization drive and take self-reliance in science and technology as a strategic underpinning for national development, according to the full text of the CPC Central Committee's development proposals.

The role of opening up is never insignificant. This year, Xi stressed on several occasions the need to foster a new development paradigm in which domestic and foreign markets can boost each other, with the domestic market as the mainstay.

Making the domestic market the mainstay does not mean China is developing its economy with the door closed, Xi told a symposium of entrepreneurs in July. By giving full play to the potential of the domestic market, both domestic and foreign markets can be better connected and utilized to realize robust and sustainable development, he said.

China has signed 201 cooperation deals on the Belt and Road Initiative with 138 countries and 31 international organizations. The country has also established 21 pilot free trade zones. Its global business environment ranking moved up to the 31st in 2020.

The country hopes to pursue high-level opening up and leverage the advantages of its huge market to promote international cooperation for win-win results in the span of the upcoming 14th Five-Year Plan. The aim is to turn the country's market into a market for the world, a market shared by all, and a market accessible to all. 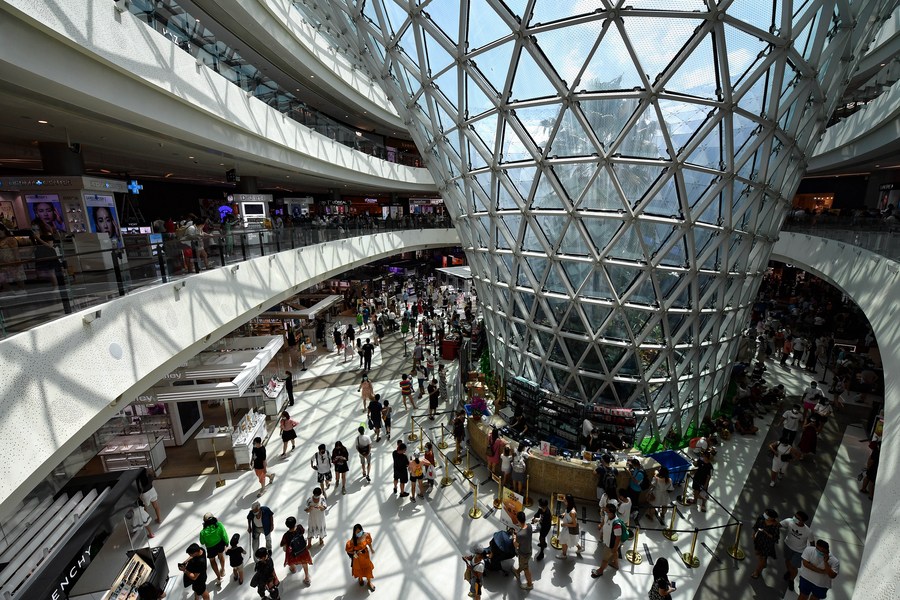 Xi Jinping Thought on Socialist Economy with Chinese Characteristics for a New Era also comprises a series of principles that must be upheld in promoting economic and social development.

One of the principles is to remain committed to a people-centered philosophy of development. In line with this principle, China fought an extraordinary fight against COVID-19 this year, not giving up on any life whether they are infants or the elderly while managing to beat the epidemic slump to secure a fast economic recovery.

"We are willing to do whatever it takes to protect people's lives!" Xi once said.

When it comes to the relationship between government and market, the thought underlines the need to ensure that the market plays a decisive role in the allocation of resources, with the government better playing its role, and to resolutely remove institutional obstacles to economic development.

In the past few years, the government has further delegated powers, streamlined administration and improved services. As a result, market barriers have been further eliminated, market entities' vitality has been stimulated, and market competition has become fairer.

As challenges at home and abroad are getting increasingly complex and more intertwined, the thought stresses the need to strengthen the Party's centralized and unified leadership over economic work, adhere to a general principle of maintaining stability while making progress.

In its review of the year's economic work last week, the CPC has summed up the country's experience from developing the economy in the face of severe challenges.

Faced with major tests, the judgment, decisiveness and executive capability of the CPC Central Committee have played a decisive role at critical junctures, according to the key Central Economic Work Conference held from Wednesday to Friday in Beijing.

Regarding putting people first as the fundamental premise of making correct decisions, the meeting said that as long as people's interests are put at the upmost position, correct decisions can be made, the best path be taken, and all challenges be conquered by relying on the people.

For next year, it said that China will work to ensure that its economy runs in an appropriate range, and keep its macro policies consistent, stable and sustainable, with continued implementation of a proactive fiscal policy and prudent monetary policy.

Calling for the country to take "a solid first step" in building the new development paradigm in 2021, the meeting also underlined the need to fully tap the potential of the domestic market, and expand consumption and effective investment that are oriented toward improving people's livelihoods.