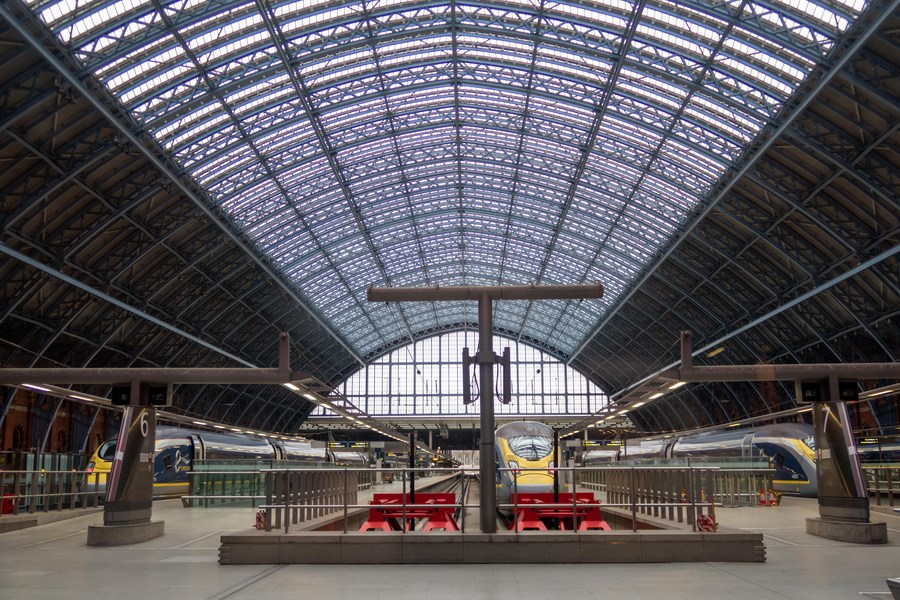 Amid growing concerns over the mutant coronavirus, the European Union gave the green light to the use of the Pfizer-BioNTech COVID-19 vaccine within the bloc late on Monday, hours after the European Medicines Agency (EMA) gave a positive scientific assessment.

Several European countries and Australia have detected a new, faster spreading and potentially more contagious strain of COVID-19 in recent days and have or are about to roll out stricter control measures.

The new mutation, referred to in the United Kingdom (UK) where it was first detected in October 2020 as SARS-CoV-2 VUI-202012/01, is still under investigation and has set off alarms, with UK Prime Minister Boris Johnson announcing new Tier Four (toughest) restrictions for London, the southeast and east of England, which require residents in those areas to stay at home, with limited exemptions. People are also urged to work from home when they can and are banned from entering or leaving Tier Four areas.

Effective Sunday midnight, the French government shut its border with the UK for 48 hours. The travel ban to and from the UK is comprehensive, applying to "people related to the transport of goods, by road, air, sea or rail." Johnson said on Monday that the UK and France are working to unblock cross-Channel trade "as fast as possible." 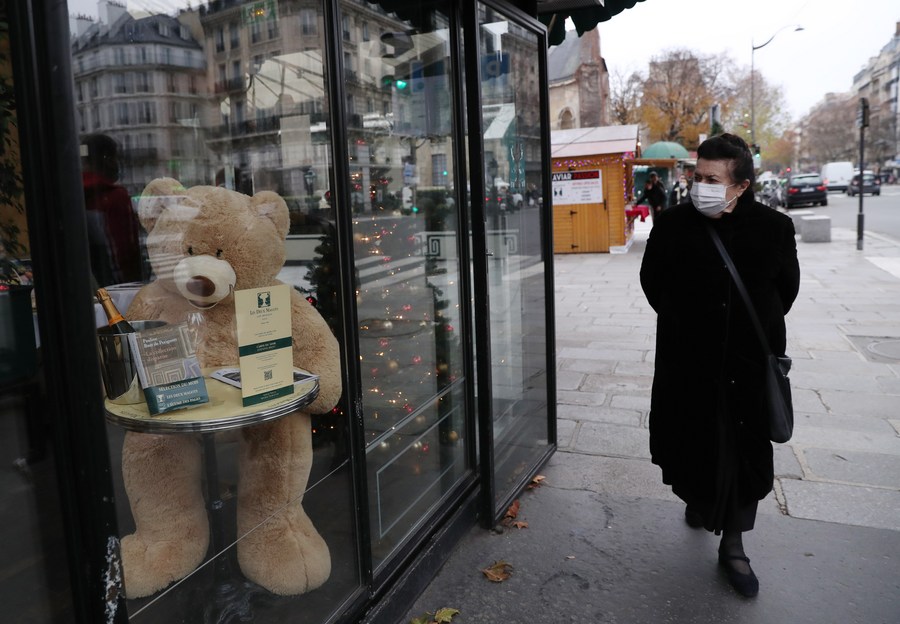 The German Federal Ministry of Transport has banned the entry of all flights from the UK until the end of this year. However, the measure does not apply to German return crews, pure mail, cargo or empty flights, flights carrying public health medical personnel, etc.

Sweden on Monday closed its borders to neighboring Denmark after it had confirmed a case of the new coronavirus strain. Sweden has also suspended travel links with the UK following UK Health Secretary Matt Hancock's warning that the new virus strain was "out of control" there.

Croatian Prime Minister Andrej Plenkovic wrote on the Twitter on Sunday evening that "Croatia is temporarily suspending passenger flights from Great Britain in the period of next 48 hours as precaution, until we are provided with more precise information about the new variant of the virus."

The Swiss government on Monday decided to introduce a general entry ban for all foreign nationals seeking to enter Switzerland from UK. Flights between Switzerland and the UK were suspended as of midnight of Dec. 20. Meanwhile, all those who have entered Switzerland from these two countries since Dec. 14 must go into quarantine for 10 days.

Amid growing concerns over the mutant coronavirus, the European Union gave the green light to the use of the Pfizer-BioNTech COVID-19 vaccine within the bloc late on Monday, hours after the European Medicines Agency (EMA) gave a positive scientific assessment.

Earlier on Monday, EMA chief Emer Cooke told an online press conference that the positive assessment was backed by robust scientific data based on more than 40,000 clinical trials. The vaccine can be administered to people aged over 16. She added that there was no evidence to suggest that the jab could not work against the newly identified strain of the virus. 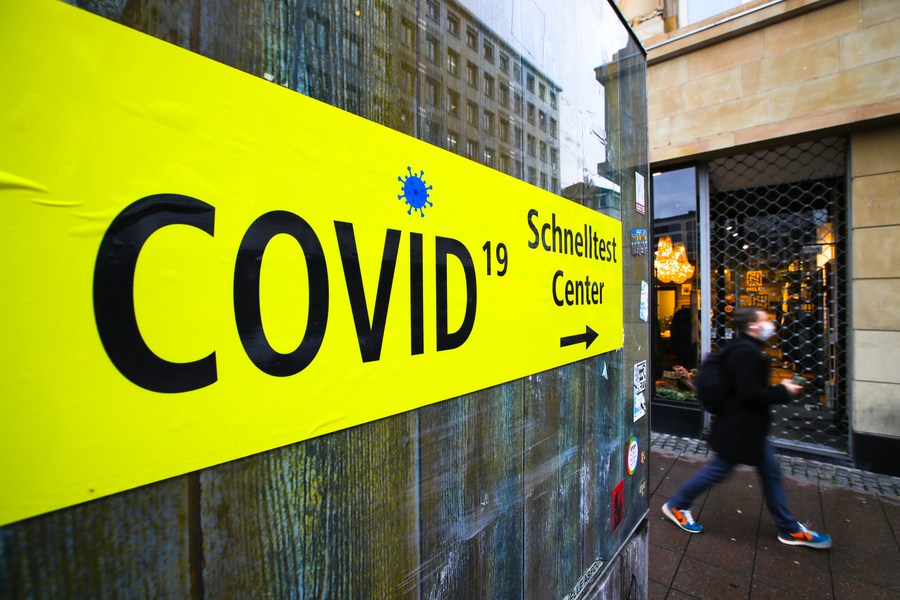 A sign leading to a Covid-19 test center is seen in Frankfurt, Germany, on Dec. 16, 2020.(Photo by Armando Babani/Xinhua)

Dr. Soumya Swaminathan, chief scientist of the World Health Organization (WHO), said on Monday at a press briefing that "So far, even though we've seen a number of changes, a number of mutations, none has made a significant impact on either the susceptibility of the virus to any of the currently used therapeutics, drugs or the vaccines under development."

She emphasized that it's important to continuously monitor what's happening to this virus, with the focus on bringing transmission down and getting it as low as possible.

Dr. Mike Ryan, executive director of the WHO's Health Emergencies Program, also noted that even with the latest variant of SARS-CoV-2 virus reported by the UK, "there's zero evidence at this point that there's any increase in severity associated with this disease."