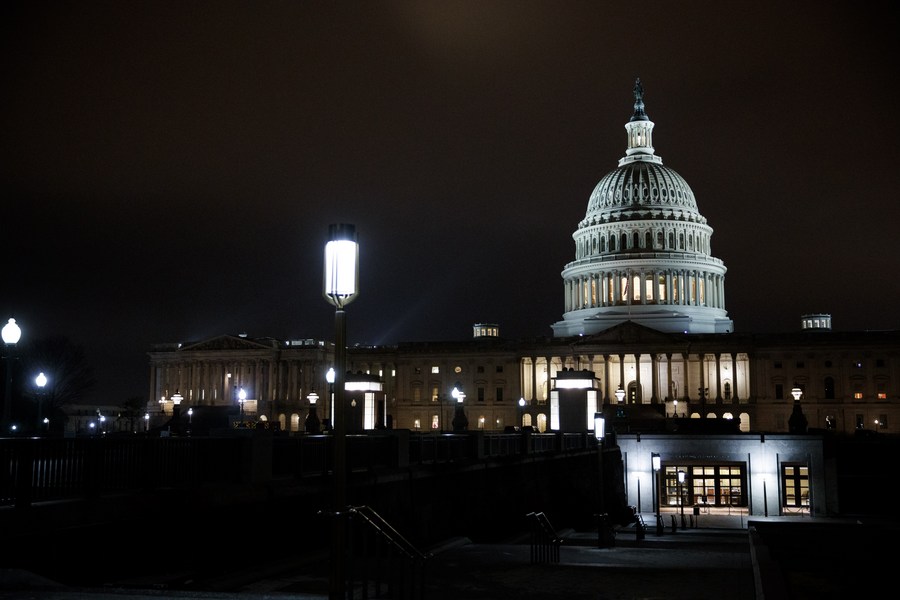 Republicans in the U.S. House of Representatives on Thursday blocked an attempt from House Democrats to pass 2,000-U.S.-dollar direct payments to Americans, a figure demanded by President Donald Trump.

House Democrats moved to increase the amount of stimulus checks after the outgoing Republican president on Tuesday threatened to veto a 900-billion-dollar COVID-19 relief package unless lawmakers raise the stimulus checks for individuals from 600 dollars to 2,000 dollars.

The U.S. House of Representatives and Senate both approved the relief package late Monday, along with 1.4 trillion dollars in government funding for the rest of the fiscal year, which ends on Sept. 30, 2021, sending the giant spending bill to the president to sign into law.

The 900-billion-dollar relief plan includes another round of direct payments for individuals, federal unemployment benefits -- both at reduced levels -- and more funding for Paycheck Protection Program to support small businesses. It also features hundreds of billions more for schools, testing and the distribution of vaccines.

Lawmakers agreed on 600-dollar direct payments, much lower than the 1,200 dollars approved as part of the the Coronavirus Aid, Relief, and Economic Security (CARES) Act in late March, because many Republicans aimed to hold down the plan's overall cost. 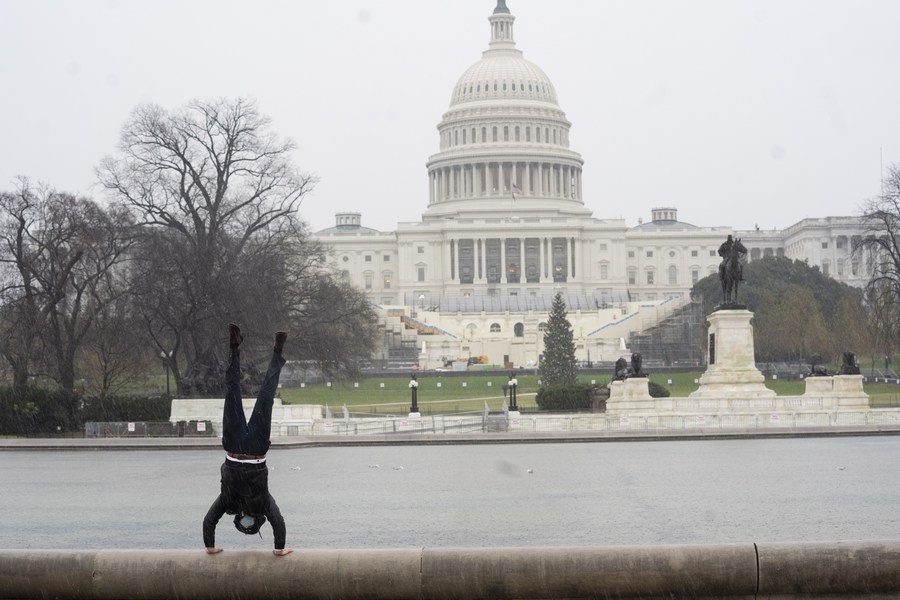 The president also argued that the 5,000-plus-page bill contains many measures that almost have nothing to do with COVID-19, such as foreign assistance funds, which is actually part of the 1.4 trillion dollar regular government funding, approved along with the relief package.

"At last, the President has agreed to 2,000 dollars -- Democrats are ready to bring this to the floor this week by unanimous consent. Let's do it!" said Pelosi.

The Congressional approval of the relief measure came after Democratic and Republican lawmakers finally reached a deal on Sunday, following months of deadlock over the size and scope of the package.

For Democrats, the 900-billion relief package is much smaller than the 3.4-trillion proposal they passed in the House in May, and down from the 2.2-trillion trimmed version they offered in October.

Some Senate Republicans, however, insisted on a relief package below 1 trillion dollars, and had previously pushed for a 500-billion-dollar bill.