--According to a statement released by Downing Street, the agreement is the biggest bilateral trade deal signed by either side, covering trade worth 660 billion British pounds (893 billion U.S. dollars) in 2019.

--Von der Leyen described the deal as "fair" and "balanced," noting that competition rules "will be fair and remain so," as EU rules and standards "will be respected."

--The trade deal will certainly help avoid a Brexit cliff edge on Jan. 1, 2021, but it is not a Christmas gift for all.

With only a week to go before the Brexit transition period ends on Dec. 31, the deal brought much relief to politicians and businesses across Europe and looked to help both sides of the English Channel rebuild their trust following years of Brexit bitterness.

However, not everyone was happy with the deal, which will govern the EU-UK trade and security relationship starting from Jan. 1, 2021. Challenges still remain as Britain and the EU part as "old friends" in the new year. 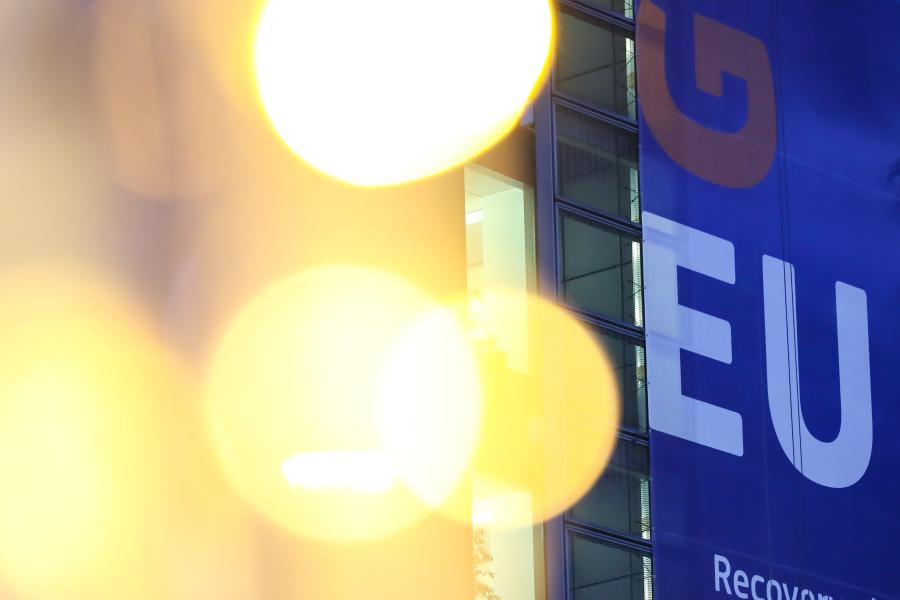 Photo taken on Dec. 24, 2020 shows the headquarters of the European Commission in Brussels, Belgium. Britain and the European Union (EU) have reached a deal on their post-Brexit trade relations, British media reported here Thursday. (Xinhua/Zhang Cheng)

"WE HAVE TAKEN BACK CONTROL"

Four and a half years after Britain voted to leave the EU, British Prime Minister Boris Johnson was finally able to claim victory and said "we have taken back control."

"We have taken back control of every jot and tittle of our regulation, in a way that is complete and unfettered," Johnson said Thursday during a virtual press conference at Downing Street.

According to a statement released by Downing Street, the agreement is the biggest bilateral trade deal signed by either side, covering trade worth 660 billion British pounds (893 billion U.S. dollars) in 2019. 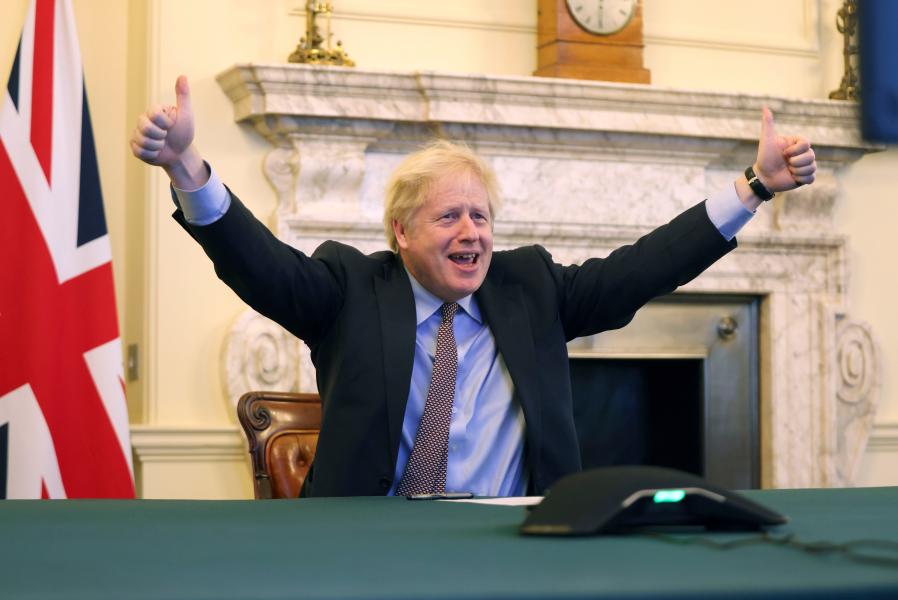 "The deal also guarantees that we are no longer in the lunar pull of the EU, we are not bound by EU rules. There is no role for the European Court of Justice and all of our key red lines about returning sovereignty have been achieved. It means that we will have full political and economic independence on 1st January 2021," said the statement.

Professor Iain Begg from the London School of Economics (LSE) said both London and Brussels have had to make "uncomfortable concessions" to strike the trade deal.

Begg, co-director of the Dahrendorf Forum at the LSE's European Institute, told Xinhua: "Both sides have had to 'bend' in the last frantic effort to prevent the mutual self-harm that would have arisen from 'no-deal', with the chaos at Dover as a result of the COVID-19 restrictions providing a timely reminder of what might have happened."

Thousands of trucks had been trapped near the port city of Dover in southeastern England as France shut down its borders with Britain amid fears over the spread of a new coronavirus strain.

"It is now beyond the question of who won or lost. As in any deal, both sides will, no doubt claim victory, but in reality they have had to make uncomfortable concessions," Begg said.

Begg added that given the sheer weight of the EU in British trade, he always expected a deal.

"The UK will, no doubt, continue with its efforts to strike new deals elsewhere, but the EU is, and will remain, its most important market," added Begg.

At a press conference in Brussels, European Commission President Ursula von der Leyen said: "It was a long and winding road, but we have got a good deal to show for it."

Von der Leyen described the deal as "fair" and "balanced," noting that competition rules "will be fair and remain so," as EU rules and standards "will be respected."

The UK and EU will "continue cooperating in all areas of mutual interest... Together we still achieve more than we do apart," she said.