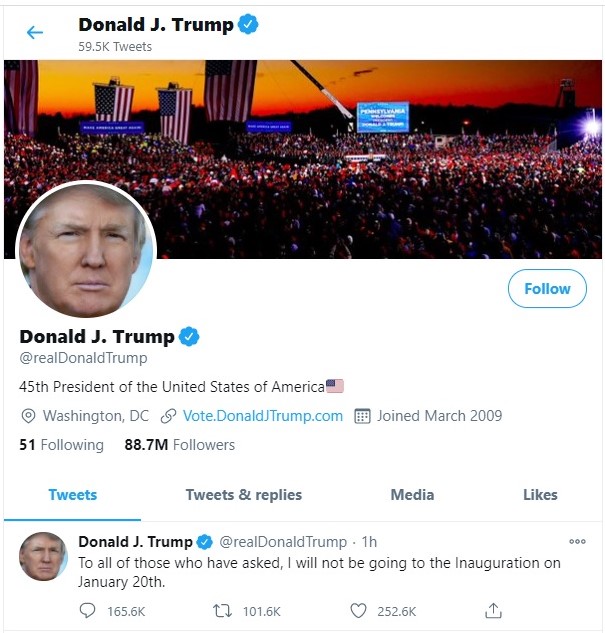 The screengrab taken from U.S. President Donald Trump's Twitter account shows he tweeted on Jan. 8, 2021 "To all of those who have asked, I will not be going to the Inauguration on January 20th." (Xinhua)

It would be the first time since 1869 when Andrew Johnson skipped the swearing in of Ulysses S. Grant.

Outgoing U.S. President Donald Trump said on Friday that he will not attend President-elect Joe Biden's inauguration on Jan. 20.

"To all of those who have asked, I will not be going to the Inauguration on January 20th," Trump tweeted.

It would be the first time since 1869 when Andrew Johnson skipped the swearing in of Ulysses S. Grant.

Vice President Mike Pence has yet to make a decision regarding his attendance of Biden's inauguration, according to a spokesperson. 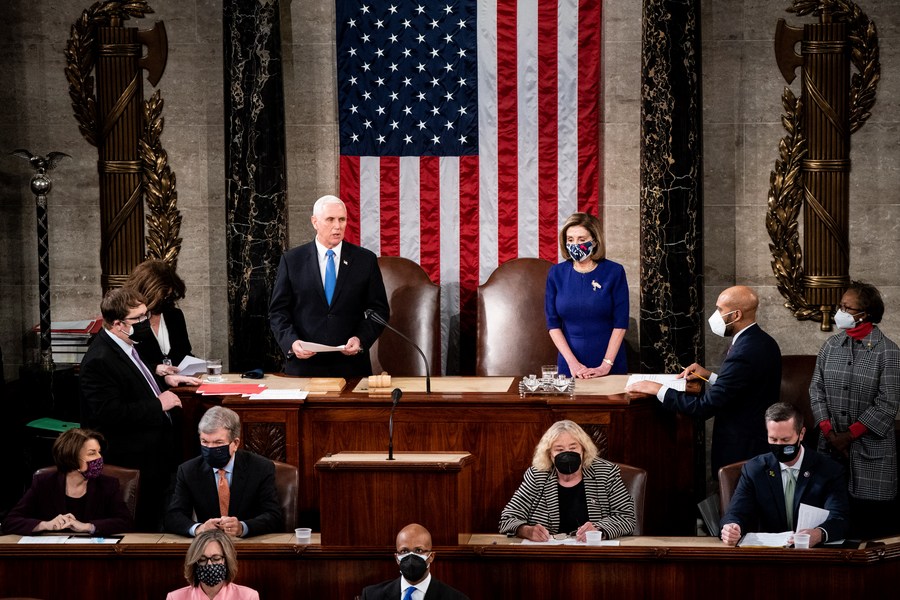 Trump's announcement came a day after he acknowledged a defeat in the 2020 White House race with Biden and promised an orderly transition of power to the Democrat's administration.

The outgoing Republican has been under bipartisan criticism for a role in massive demonstrations that led to at least five deaths and dozens of injuries following a chaotic and violent breach of the U.S. Capitol on Wednesday when lawmakers met to certify Biden's victory. 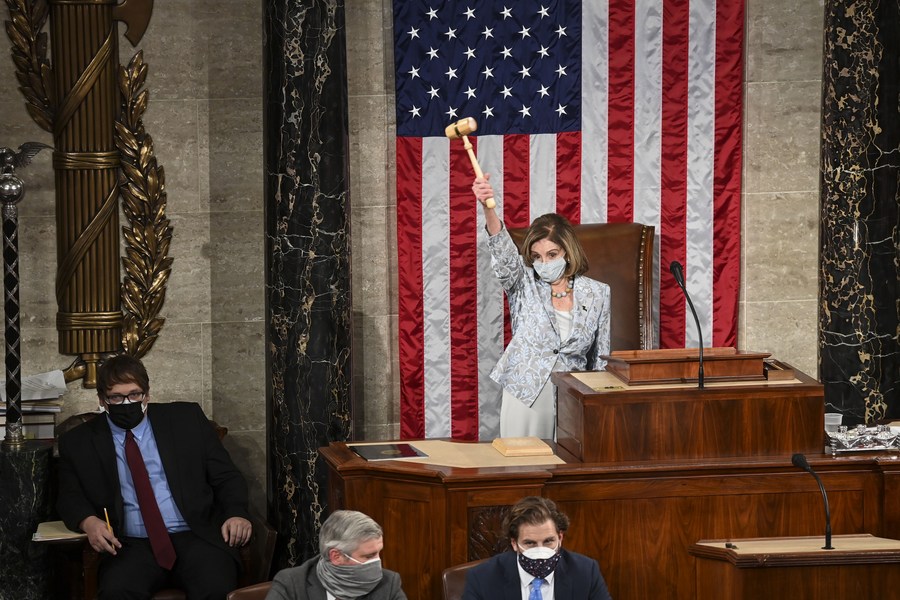 U.S. House Speaker Nancy Pelosi waves a gavel during the first session of the 117th U.S. Congress in the House Chamber on Capitol Hill in Washington, D.C., the United States, Jan. 3, 2021. (Bill O'Leary/Pool via Xinhua)

Democrats are calling for efforts to initiate proceedings to remove Trump from office before he steps down.

House Speaker Nancy Pelosi, the top congressional Democrat, wrote in a letter to her colleagues on Friday that she has discussed with Mark Milley, chairman of the U.S. Joint Chiefs of Staff, "available precautions for preventing an unstable president from initiating military hostilities."

The U.S. Congress early Thursday morning affirmed the Electoral College votes of the 2020 presidential election, in which Biden won 306 versus 232 for Trump.

It takes at least 270 electoral votes to win the White House. Biden also won the popular votes by 7 million and more than 4 percentage points.