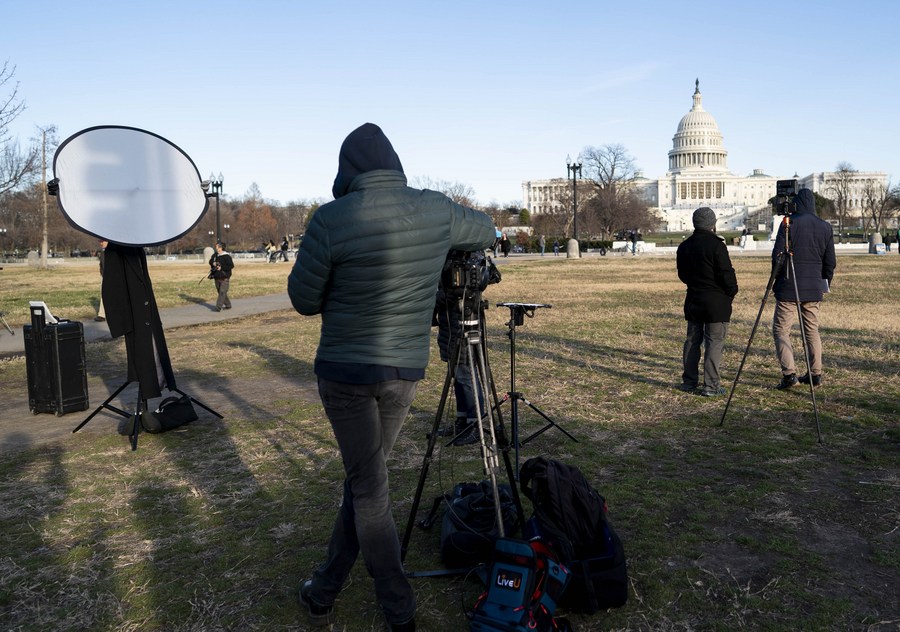 No matter in what name or under any circumstances, violence should never be justified. Instead of making their voices heard, instigators of violence will only intensify disputes, make problems worse, and deepen social divisions.

When scores of American politicians almost unanimously condemned violent protesters for breaking into the U.S. Capitol, they are in fact slapping themselves in the face.

Not too long ago, U.S. House Speaker Nancy Pelosi called the violent protests in Hong Kong, which caused great damage to public facilities and seriously undermined social stability, "a beautiful sight to behold" back in 2019.

On Thursday, she labeled the Capitol breach "an armed insurrection against America." Also, many other politicians joined her in calling those protesters "mobs" and their intrusion an "insurrection." 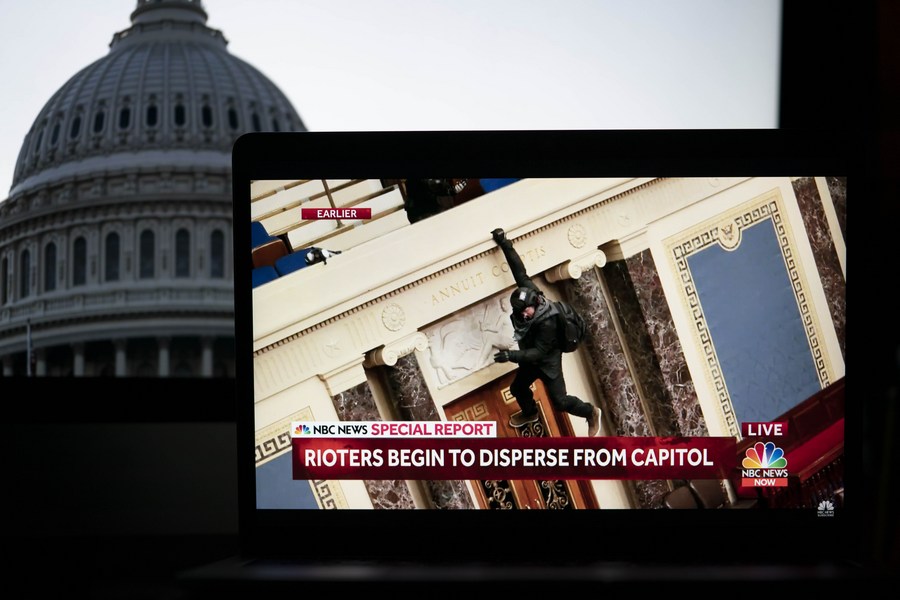 A protester breaking into the U.S. Capitol building in a video feed from NBC News is displayed on a screen in Arlington, Virginia, the United States, on Jan. 6, 2021. (Xinhua/Liu Jie)

Washington politicians' sharp denunciation of violence at the heart of American politics and their cold-blooded attitude towards street rioting in Hong Kong are poles apart. That ironic difference has unmistakably exposed the hypocrisy of Washington's double standard towards violence.

No matter in what name or under any circumstances, violence should never be justified. Period. Instead of making their voices heard, instigators of violence will only intensify disputes, make problems worse, and deepen social divisions.

Thursday's ugly and tumultuous scenes at the seat of the U.S. Congress and the responses of America's political leaders have shown that it is not that they do not understand violence is destructive and dead wrong; it is that they have ulterior motives in encouraging violence, like using it as a pretext to interfere in the internal affairs of other countries.

In their eyes, as long as violence does not happen in the United States and disturbs their own lives, it is something to be condoned. 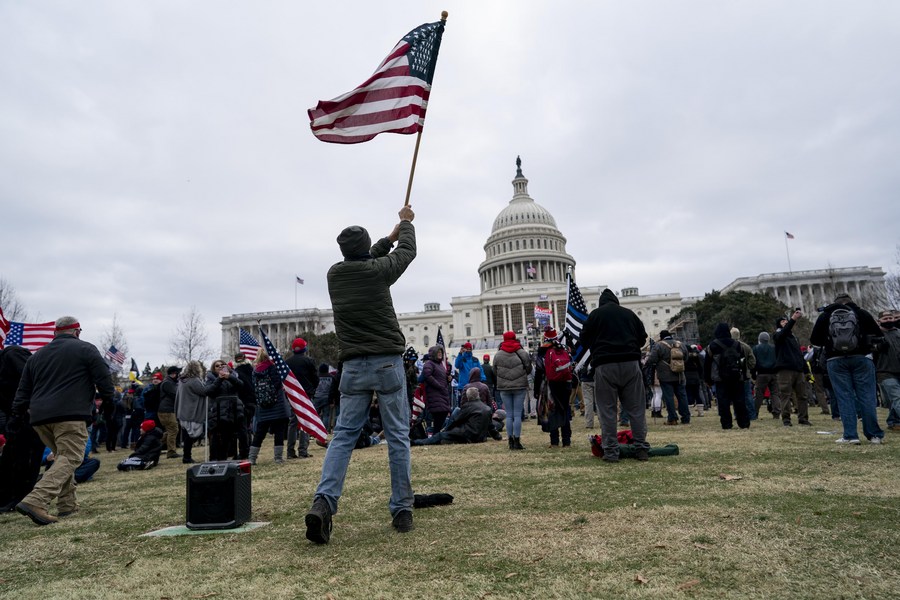 Safa's Twitter post might make many laugh, yet it is a strong repudiation of and a stinging satire on decades of the world's sole superpower's ruthless arrogance and bullying of other countries that have stoked bloody and never-ending conflicts, actions that have led to scores of deaths worldwide.

Mike Pompeo, the outgoing U.S. Secretary of State who also frequently fanned violence and confrontation in many parts of the world, said on Twitter that the storming of the U.S. Capitol was "unacceptable" and "intolerable."

It is hoped that when violence breaks out the next time in other regions or countries, he, Pelosi and other U.S. politicians can remember their censure of those who ransacked the U.S. Capitol, and stop playing the opportunistic double-standard game. Otherwise, they are destined to add more embarrassment to their pathetic political careers.