China is using a combination of measures to contain the spread of COVID-19 amid the latest resurgence of the virus in Beijing and provinces including Hebei, Liaoning and Heilongjiang.

The provincial capital Shijiazhuang, where more than 300 confirmed COVID-19 cases have been found since the beginning of this year, launched the second round of citywide nucleic acid testing on Tuesday, said Meng Xianghong, vice mayor of the city.

The testing is expected to take only two days, Ma Yujun, acting mayor of the city, told a press conference. There will be sufficient professional staff for sampling, information input and maintaining order at every sampling site to ensure that work is carried out in an orderly and efficient manner. 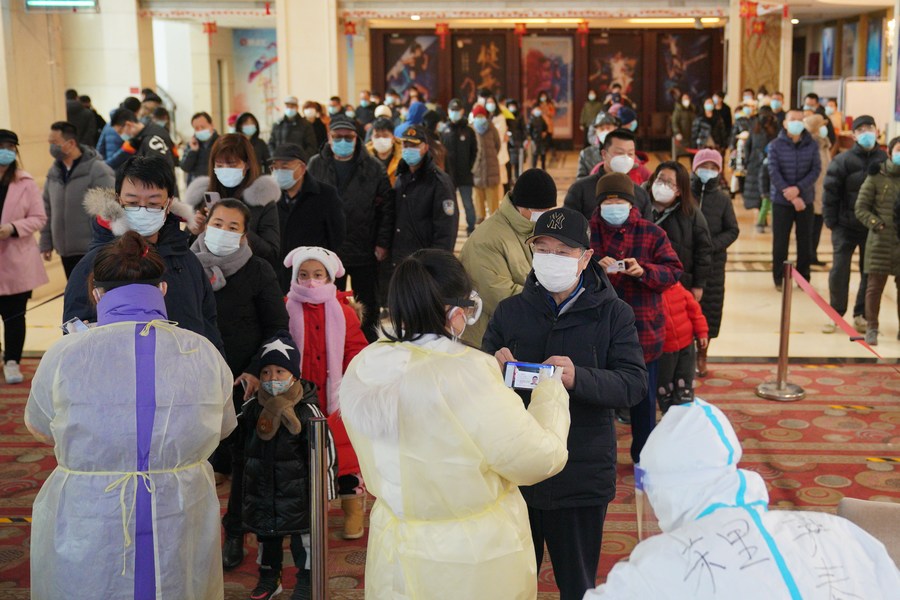 On Jan. 8, a nucleic acid test laboratory named Huoyan, or Fire Eye, was built in only 10 hours and put into use in 21 hours in Shijiazhuang. It can test up to 1 million samples a day, significantly improving the city's testing capability.

"In the process of combating the epidemic, early and accurate detection is particularly important," said Du Yutao, board member of BGI Group, a Shenzhen-based biotech company which has established Huoyan labs in 16 cities across China and in 17 countries and regions across the world.

Du, together with an experienced working group sent by BGI Group, arrived in her hometown Shijiazhuang on Jan. 6.

"I don't know how to describe my feelings when I saw my hometown fall into silence," said Du. "But we have accumulated rich experience and improved testing capacity. I believe the city will surely succeed in fighting the epidemic." 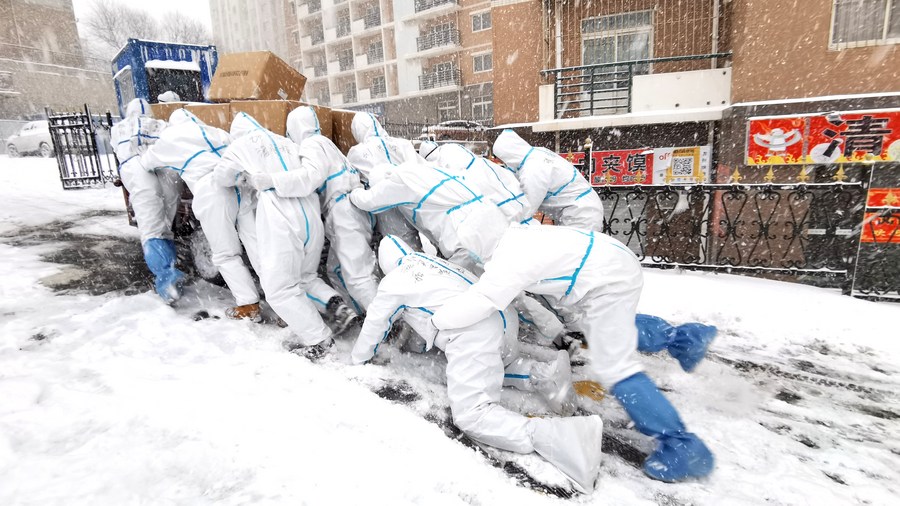 Elsewhere in China, the northeastern cities of Dalian and Shenyang in Liaoning Province have also conducted several rounds of citywide nucleic acid tests following a resurgence of COVID-19 cases since December last year.

"Through large-scale testing, infections can be detected at the earliest," said Zhao Lian, deputy director of the Dalian municipal health commission.

"We're carrying out scientific and accurate disinfection of the public environment in the city, including disinfection of areas which have seen resurgence of the virus and preventive disinfection of other areas," said Liang Chunbo, director of the Dalian City Administration Bureau, adding that sanitation facilities such as garbage stations shall be sterilized at least three times a day.

"After scientific research and accurate prevention and control, the epidemic situation in Dalian is currently under control," said Zhao. As of Monday, no new confirmed cases were reported in the city for six consecutive days.

The province has decided to further extend the health observation period to 28 days for all inbound travelers from abroad. In addition to the current 14-day centralized medical quarantine and seven-day home observation, the new "14+7+7" model will enforce another week of health monitoring, during which the quarantined individual must regularly report body temperature to the local community. 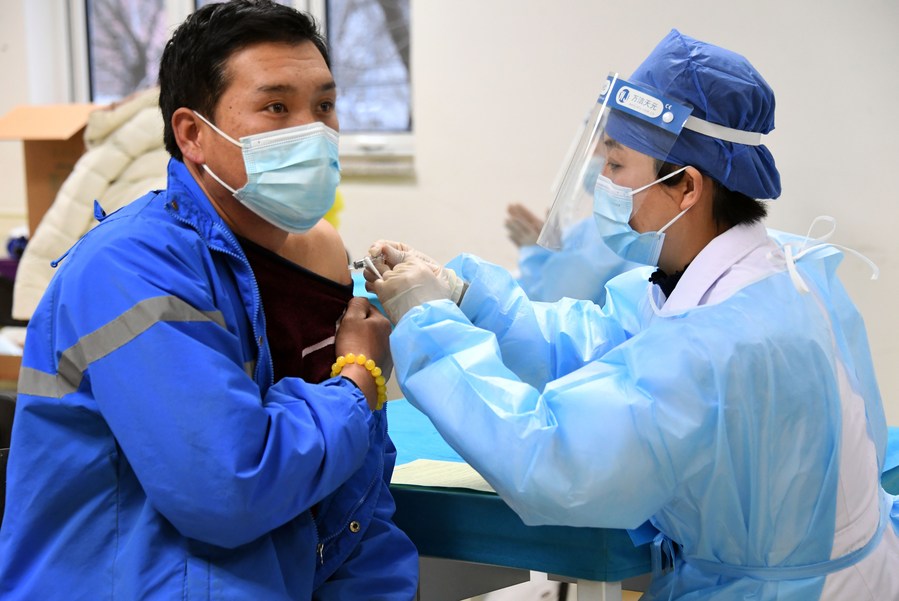 A medical worker inoculates a recipient with a COVID-19 vaccine at a temporary inoculation site in Haidian District in Beijing, capital of China, Jan. 11, 2021. (Xinhua/Ren Chao)

Similarly, Beijing has also extended the COVID-19 observation period for inbound travelers to 21 days following sporadic locally-transmitted cases. The capital has further laid out requirements for COVID-19 prevention and control in public transport services, including taxis and road passenger transportation.

Activities at city parks and squares have been suspended in Hebei as part of the province's efforts to tame the latest outbreak.

Upon the implementation of stricter COVID-19 prevention and control measures, Shijiazhuang has taken a raft of measures to ensure supply of staple food, as well as heating, gas and water supply, as all residents of the city have been told to stay home for two weeks since Jan. 6.

Authorities said they have arranged 59 supermarkets and over 300 convenience stores in Shijiazhuang to directly supply over 2,000 residential complexes.

About 25,000 couriers are returning to work to supply daily necessities to stay-at-home residents in the city after a second round of nucleic acid tests among couriers.

"I actually feel proud to be on the front line, to deliver the daily supplies to residents," said Yang Donghai, a 33-year-old courier. "All clients thanked me on receiving their parcels, which is more important than anything else."