President Xi Jinping's recent inspection on Beijing 2022 preparations has sent a reassuring signal to the sporting world that China is determined to deliver an excellent Olympic and Paralympic Winter Games in one year's time.

Xi, also General Secretary of the Communist Party of China (CPC) Central Committee and Chairman of the Central Military Commission, this week inspected the Games' preparation work in the three competition zones of downtown Beijing, north Beijing's mountainous Yanqing District and the co-host city of Zhangjiakou.

Xi stressed that not only should preparation work be finished on schedule, but it should also be conducted "with greater perfection".

"Not only will we host a successful Winter Olympic extravaganza, but also a spectacular Games with unique characteristics," Xi said.

Even as the world is mired in the COVID-19 pandemic, and China, too, is still tackling sporadic outbreaks, preparations for Beijing 2022 are backed by strong government support. 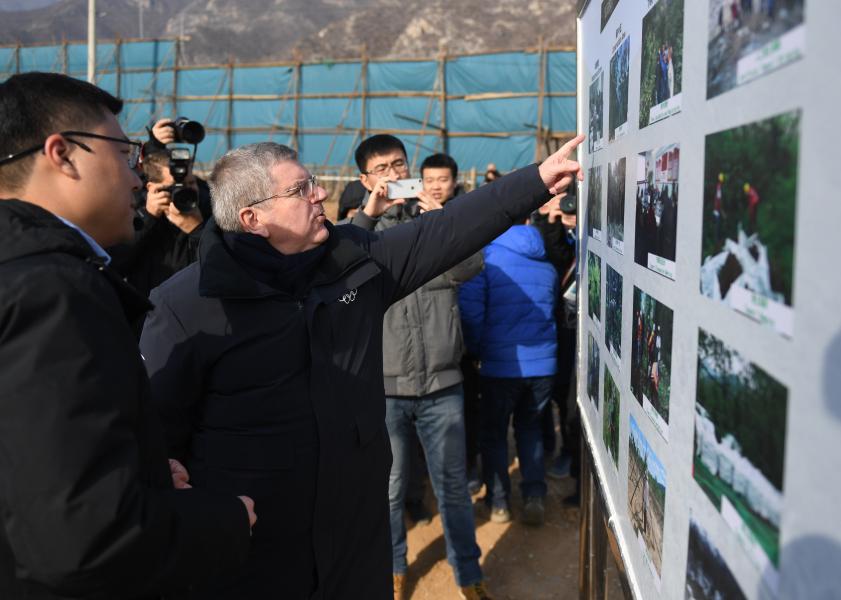 One year away from the opening of the 2022 Winter Games in the Chinese capital, all 12 competition venues have been completed, a high-speed railway linking Beijing and co-host Zhangjiakou is now operational, nearly one million volunteer applications have been received and the Games pictograms have been released.

Winter Olympic mascot Bing Dwen Dwen and Winter Paralympic mascot Shuey Rhon Rhon, both unveiled in 2019, were even featured on China's Chang'e-5 probe for a historic trip to the moon.

"I have great expectations that the Winter Games in Beijing will be a very memorable Winter Games," Anthony Edgar, senior consultant for Beijing 2022 and previously Head of Media Operations for the IOC for 18 years, told Xinhua.

"It is always important that the Olympic Games receive the government's support, and under President Xi's personal involvement and leadership, Beijing 2022 has support and commitment of the highest level," said Edgar.

"We all remember the successful and exciting summer Games of 2008 in Beijing and I have no doubt that the city will be able to match those high standards again next year," said Banka.

"In doing so, Beijing will complete the unique double of becoming the first city to host both the winter and summer Games. It is a truly remarkable achievement for Beijing. It is a tribute to the commitment that sport receives from the people and government of the city and of China as a whole," he added.

After being forced to a halt by the COVID-19 outbreak, construction projects for Beijing 2022 were among the first to resume after the pandemic was brought under control in China.

While remaining vigilant against the pandemic with strict prevention and control measures, Beijing 2022 organizers completed all competition venues by the end of last year.

"Acknowledging the difficulties experienced this year, the progress being made by Beijing 2022 has been truly remarkable. The preparations for the Games are going extremely well despite challenges in the test events programs due to COVID-19-related restrictions," said Juan Antonio Samaranch Jr., IOC Coordination Commission chairman.

Samaranch's opinion was also reflected in an IOC report.

"Technical preparations for the Games are going extremely well despite challenges in the test events program due to COVID-19-related restrictions," the IOC said at its 9th Olympic Summit in December last year.

Although test events were canceled due to the pandemic, Beijing 2022 organizers introduced an adapted testing program for each individual federation to evaluate the venues and games operation, which filled many international federations with confidence.

"We have seen an excellently-prepared track and were impressed by the smooth and perfectly organized event which was held under strict hygiene measurements due to the COVID-19 pandemic. This was definitely the most impressive pre-homologation we have seen," said International Bobsleigh & Skeleton Federation (IBSF) President Ivo Ferriani after the National Sliding Center, which will host bobsleigh, skeleton and luge competitions, underwent successful pre-homologation test runs last November.

Not only did the Chinese organizers honor their promises of delivering the venues on schedule, they have also tried to incorporate advanced concepts.

A new technology that produces nearly zero carbon emissions is being used to make ice at four competition venues in downtown Beijing, which is expected to result in a 40 percent reduction in energy consumption in comparison to an ice rink without this system.

In a further move in the quest for sustainability, all Beijing 2022 venues will be powered by green electricity.

In Yanqing, one of three competition zones for the 2022 Winter Games, ecological restoration was incorporated into venue construction, as 70,000 trees and 310,000 shrubs have been planted. 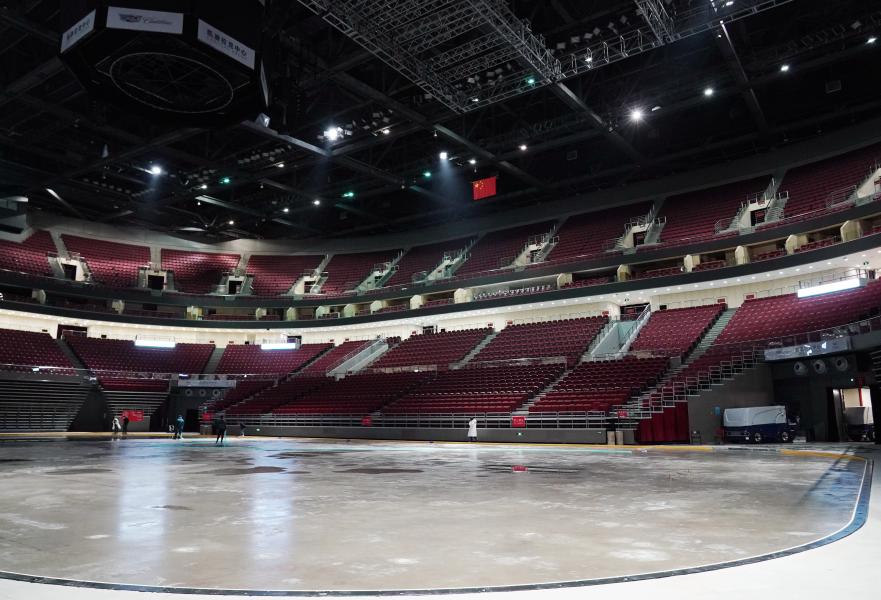 "Using 100 percent clean energy for the Games venues - for example, the natural carbon dioxide as a refrigerant for the ice-making situations - are some of the steps to make this Games the greenest," said Samaranch.

"It was very big. And Beijing obviously is a very big city. I really like it. I had such a wonderful experience in Beijing, wonderful memories of the competitions. I'm very happy to go back for the Olympics. I think it's going to be very special," recalled the Pyeongchang silver medalist.

With Beijing 2022 just one year away, there remain lingering uncertainties due to the pandemic.

As far as former Olympic speed skater Yasunori Miyabe is concerned, a collective effort is vital for delivering the Games, whether it be the Tokyo Olympics or the Beijing Winter Games.

The 2020 Tokyo Games has suffered from the pandemic as it was postponed for one year to be held in this summer. Miyabe hopes the Olympics can become a common goal for people to work together in combating the pandemic.

"China and Japan, as Olympic hosts, are definitely very eager to have the Games successfully delivered, but not so much for people in other countries ravaged by the coronavirus," said the former world record holder.

"That is exactly why the Olympics should become the common goal so people around the world can cooperate and coordinate to go through the hard times," he said.

"In the year ahead there will be worries, troubles and uncertainties brought about by the pandemic. Only unity can bring us through the difficulties and make the Games a reality," he said. "I truly hope that Beijing 2022 will be staged successfully."

"The coronavirus has shown us that there is no country different from one another. There is no way to be safe if there is no cooperation with each other," he said.