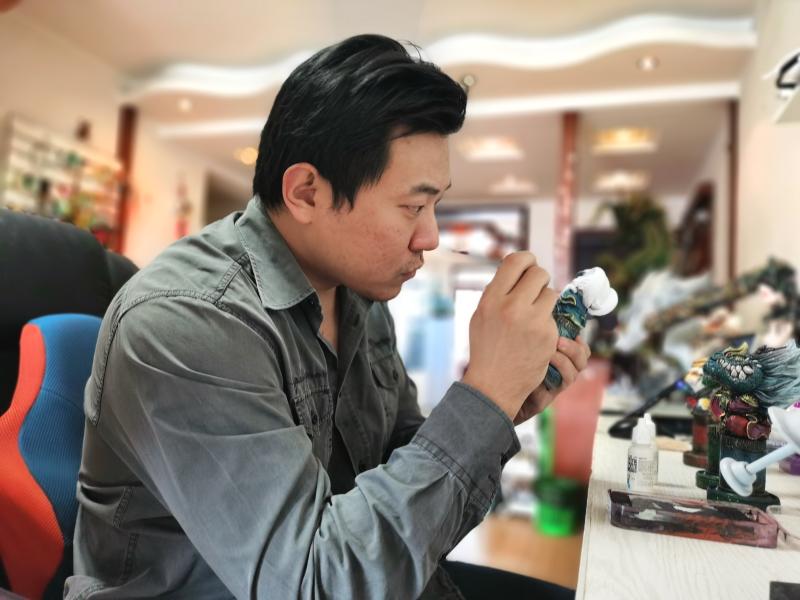 Surrounded by sculpture-making tools like carving knives, brushes and pigments, Li Chunyu picks up an unfinished polymer clay figurine of a rabbit and coats its hair in white with a brush.

From figurine designing and sculpting to spray-painting and coloring, Li, a 33-year-old craftsman is busy creating a series of polymer clay statues with Chinese zodiac animal themes in his workshop in north China's Tianjin Municipality.

With more than a decade of experience in creating and designing polymer clay sculptures, his works are usually inspired by traditional Chinese cultural themes.

For Li, it was a box of plasticine that first sparked his dream.

Every time he received lucky money during the traditional Spring Festival, he would immediately go to a stationery store to buy boxes of plasticine, as many as possible.

"I kneaded them all into a big ball of dough, and then made figurines," he recalled.

In 2009, Li started working after graduating with a major in mechanical engineering. A friend of his sent him a box of polymer clay, which sparked his interest and enthusiasm to rekindle his long-lost dream.

"Figurines made by plasticine can't be kept for a long time, but polymer clay sculptures can be better preserved after heating," Li said.

Without any professional knowledge of painting and carving sculptures, Li started by imitating famous sculptures and classic designs.

"There are no shortcuts to being a craftsman. Only through practice can we create high-quality artwork," Li said.

From the basics of painting to sculpture, it took him several years to become a professional. Now, he has created nearly 100 works and attended various exhibitions, earning him a good reputation. Some of his works have since become hot-selling items. 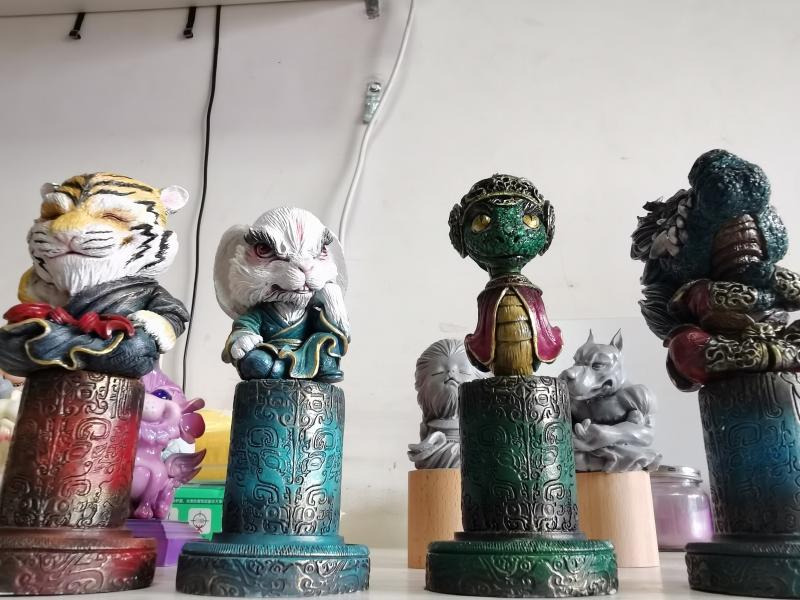 Li always focuses on fine details and strives for excellence in every work. For instance, to make a sculpture of Dayu, a legendary figure who tamed floods in ancient China, Li adjusted the figurine's facial expressions and pose countless times to ensure the piece was just right.

It also took him three weeks to carve the decorative patterns on the figurine's weapon, and a month to make the furry ornaments on its clothes.

To know the Dayu story better, he printed out a stack of reference materials.

"Through the preparation process, I became even more fascinated by our traditional culture and history," he said.

Since then, whenever Li has ventured to different places in China, going to the local museums became a must-do for him. He took thousands of pictures of ancient relics and incorporated many elements into his works.

"Chinese culture is extensive and profound. Many young people are interested in historical relics, but might not have a good understanding of the stories behind them," Li said. He hopes to show traditional culture in a fashionable way to help more young people understand the profound meaning behind it.

During the COVID-19 pandemic, Li stayed home and created a new polymer clay sculpture with an anti-epidemic theme. Moreover, he grasped new skills of drawing sculpture sketches on his computer and making 3D-printed sculptures.

"Many parts that are difficult to engrave by hand can be engraved via an electronic pen. I can also modify any mistakes on the computer at any time. That's convenient," Li said, adding that after 3D printing, he can polish his sculpture again by hand.

In his eyes, the integration of advanced technology and traditional craftsmanship is a good thing.

"I have met more and more figurine craftsmen and enthusiasts in various competitions and exhibitions in recent years, which shows that this field is receiving more love and recognition," Li said. "It is a great encouragement for me."