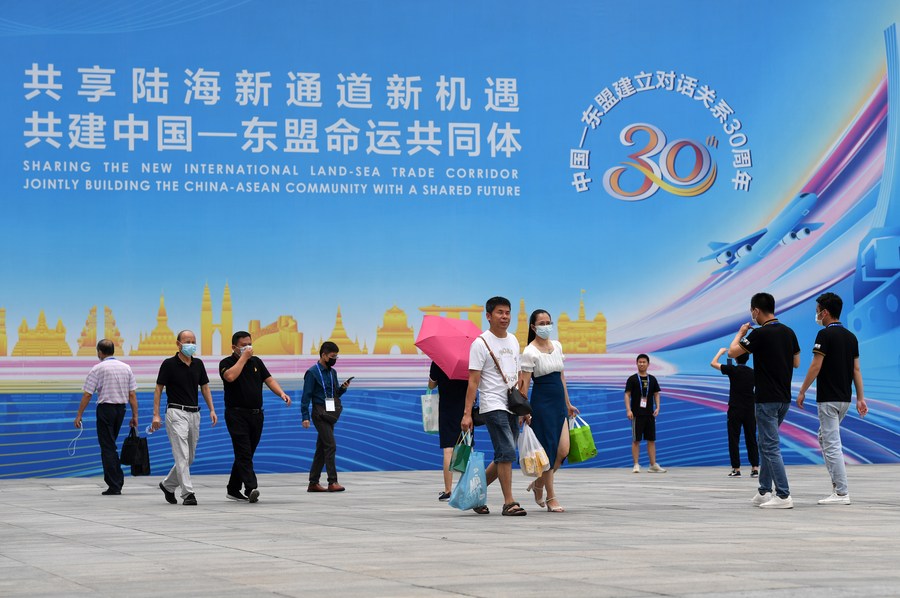 Since the establishment of dialogue relations 30 years ago, China and ASEAN have moved forward hand in hand with fruitful outcomes in various fields, becoming the most dynamic model of cooperation in the Asia-Pacific region.

There has been notable progress in cooperation in fields such as economy and trade and people-to-people exchanges.

Since China and the Association of Southeast Asian Nations (ASEAN) established dialogue relations in 1991, the two sides have seen bilateral trade skyrocket from 8.36 billion U.S. dollars to 685.28 billion U.S. dollars in 2020, with an average annual growth of 16.5 percent, according to Chinese customs data. Both sides are each other's largest trading partners, consolidating the cornerstone of regional economic prosperity.

Since the comprehensive implementation of the China-ASEAN Free Trade Agreement in 2010, trade in goods and services between the two sides has grown rapidly through the integration of industrial and value chains.

The signing of the Regional Comprehensive Economic Partnership -- a landmark achievement for regional economic integration, multilateralism and free trade -- will inject new, sustained momentum into the bilateral cooperation and the global economy when the world's largest free-trade deal comes into effect.

China sees ASEAN as a priority in its neighborhood diplomacy and a key region in joint high-quality construction of the Belt and Road.

At the 18th China-ASEAN Expo and China-ASEAN Business and Investment Summit that closed on Monday in the southern Chinese city of Nanning, record-high value of contracted investment deals, which stood at 300 billion yuan (about 46.59 billion U.S. dollars), also highlighted a new starting point for a better and more prosperous future for bilateral relations.

It also sends a strong message that China is committed to working with ASEAN to deepen all-round cooperation to benefit people on both sides and the world, amid continuing joint efforts to build the Belt and Road and forge a higher-level strategic partnership.