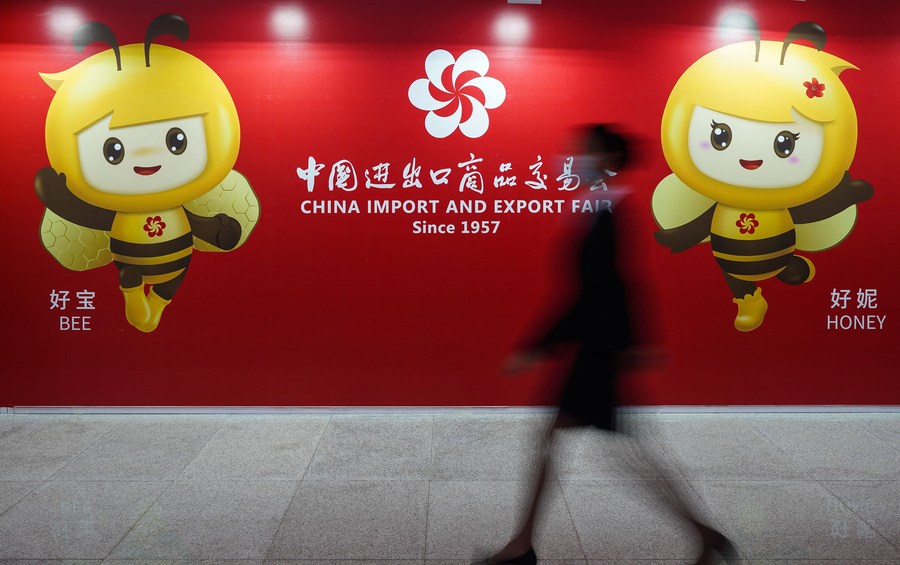 A staff member walks past a poster on "Bee" and "Honey", mascots of the 130th session of the China Import and Export Fair, in south China's Guangdong Province, Oct. 9, 2021. (Xinhua/Liu Dawei)

Nearly 8,000 global enterprises will participate in offline exhibitions of the 130th session of the China Import and Export Fair, also known as the Canton Fair, the organizers said Wednesday.

Meanwhile, around 26,000 companies from home and abroad will participate online, with a record number of 2.82 million exhibits submitted, said Chu Shijia, head of the China Foreign Trade Center, one of the fair's organizers.

The upcoming five-day session, scheduled to kick off on Friday in south China's Guangdong Province, will be the fair's first time to be held online and offline concurrently.

Founded in 1957, the Canton Fair is seen as a significant barometer of China's foreign trade. The 129th session attracted approximately 26,000 companies showcasing more than 2.76 million exhibits.