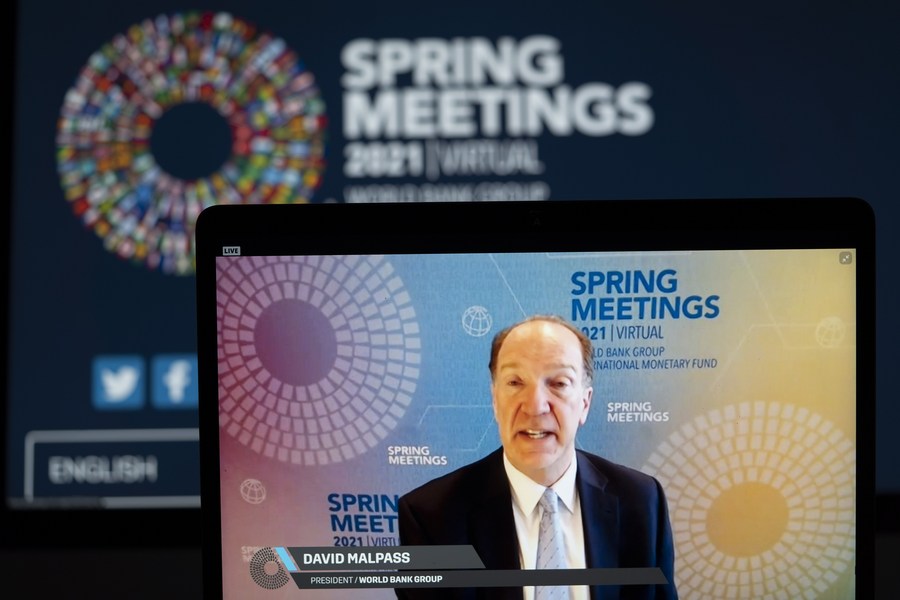 "We're witnessing a tragic reversal in development. The progress in reducing extreme poverty has been set back by years - for some, by a decade," World Bank Group President David Malpass said.

World Bank Group President David Malpass said on Wednesday that the COVID-19 pandemic is pushing up poverty and debt levels in low-income countries, highlighting a "tragic reversal" in development.

"We're witnessing a tragic reversal in development. The progress in reducing extreme poverty has been set back by years - for some, by a decade," he continued.

Noting that inequality is worsening across country groups, Malpass said per capita income in advanced economies is growing nearly 5 percent in 2021, compared to only 0.5 percent in low-income countries.

"The outlook remains grim for most of the developing world. There's high inflation, there's too few jobs, there's shortages that extend to food, water, and electricity," he said, highlighting ongoing factory and port shutdowns, and the bottlenecks in logistics and supply chains.

In response to a question from Xinhua, the World Bank chief said that the backsliding on women, on children, and on the vulnerable are all tragic setbacks due to the pandemic and the global economic disruption.

"There needs to be a system of global international finance that is better suited toward people getting jobs in the poorest countries in order to reduce poverty," he said.

Malpass also stressed that many countries, especially the poor ones, are faced with debt challenges. In the International Debt Statistics released Monday, the World Bank estimated that debt burden in low-income countries rose by 12 percent to a record 860 billion U.S. dollars in 2020.

Noting that many countries are in external debt distress or at high risk of it, Malpass told reporters that "we need a comprehensive approach, including debt reduction, swifter restructuring, and more transparency in order to make progress on this problem."

In the 15 months ending in June 2021, the multilateral lender committed 157 billion dollars of financing to help countries in need, and "a chunk of it is in grants," according to Malpass.