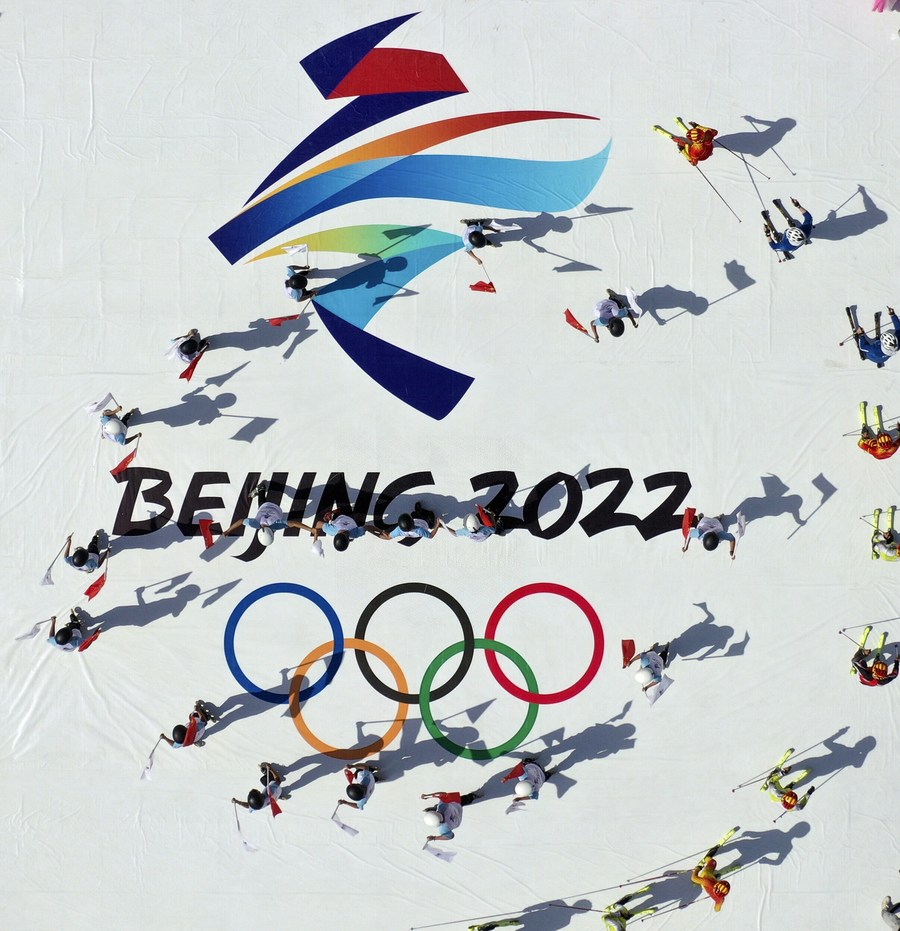 Aerial photo taken on May 11, 2019 shows the performance during the 1,000-day countdown celebrations of the Beijing 2022 Winter Olympic Games in Chongli of Zhangjiakou City, north China's Hebei Province. (Xinhua/Xing Guangli)

With the 100-day countdown to the Beijing 2022 Winter Games right around the corner, the Chinese organizers are in close discussion with relevant parities and stakeholders on COVID-19 countermeasures to ensure that the Games are athlete-centered.

Beijing promised to deliver an "athlete-centered, sustainable and economical" Winter Olympic Games during its bid and has been upholding these principles throughout the preparation process.

Huang Chun, deputy director general of the Pandemic Prevention and Control Office at the Beijing 2022 Organizing Committee (BOCOG), said that with COVID-19 challenges still looming over the world, Beijing 2022, the International Olympic Committee (IOC) and the International Paralympic Committee (IPC) have agreed that all athletes should get fully vaccinated prior to their departure to China unless they are medically exempted.

"The athletes who are fully vaccinated as well as the athletes who are eligible for medical exemption will directly enter a closed-loop management system, which will be put in place for all Games participants from overseas to ensure that there is no contact with the general public," said Huang.

Despite the social distancing protocol, the Beijing 2022 organizers have made efforts to create a pleasant atmosphere for the athletes. 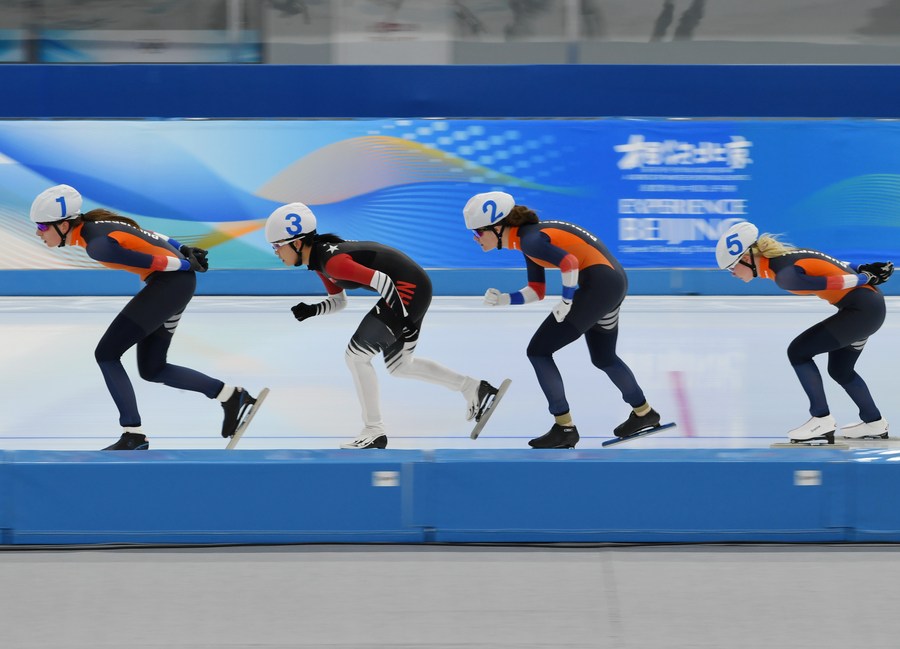 "Beijing, at the National Speed Skating Oval. This is the first time I celebrate my birthday during a competition. I will never forget this moment," said Kim, who bagged one gold and one silver from the tournament.

At the designated hotel in the Yanqing competition zone, a "temporary kindergarten" was established to take care of two kids of athletes, both under two years old. The two kids received gifts from the hotel: baby chairs, mascots and toys - when they arrived, and enjoyed themselves at the hotel under the supervision of hotel staff when their parents were training at the National Sliding Center.

The return of National Hockey League players to the Olympics adds anticipation for an event that is already under the spotlight, which put the operational team of the National Indoor Stadium to a tough test.

"Although under a closed-loop management system, we will not lower our standard for athletes-related service. Instead, more warm cares are needed in such a situation," said Lei Ming, deputy director of the operation team.

Liaisons have been recruited from graduate schools of China's top universities to ensure smooth communications between ice hockey teams, the Beijing 2022 organizers and technical officials. Designated personnel will be in place for a gear cleaning service inside the venue to minimize contact. 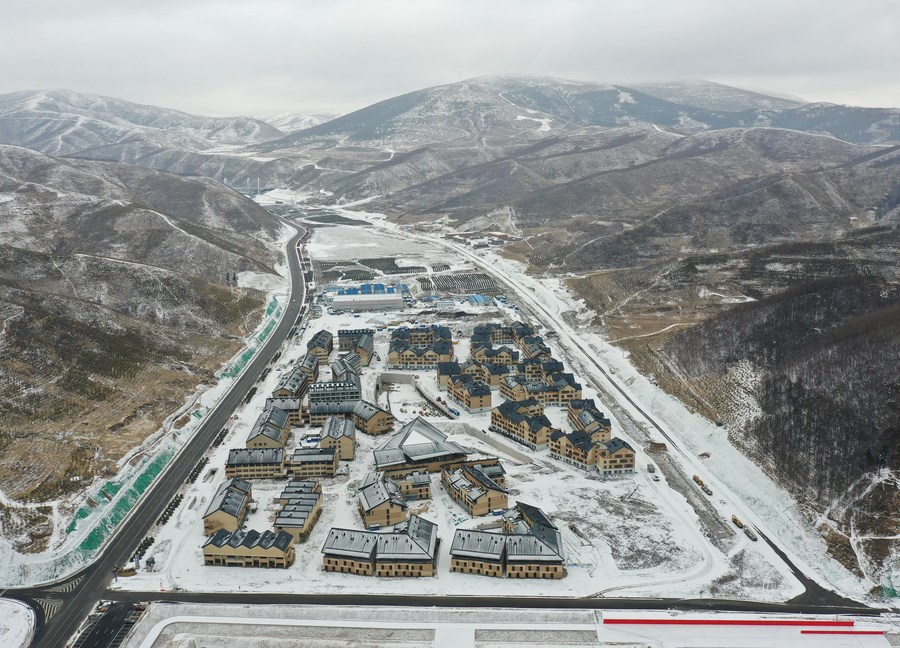 The Winter Olympic Village has been built up to the WELL Building Standard with extra attention to accessibility. Paralympic athletes can use a smart phone App to navigate themselves to their destination and control lights, air conditioners and curtains in their room.

At the National Cross-Country Center, athletes' needs have been taken into consideration right from its designing stages, said Cui Yingbo, deputy director in charge of the venue competition.

The dedicated parking lot, warm-up trails, training trails, waxing room, changing rooms and rest rooms are located close to the core competition area on a carefully-designed route to save athletes' time and energy when moving between these areas. There is a trail connecting the wax room and training trails, so that athletes can ski between the two locations on their boards.

"We are ready to welcome the best athletes around the world for a joyful gathering in Beijing, and we will ignite the world again with Olympic passion," vowed Yang Yang, China's first Winter Games gold medalist and Chair of the Athletes' Commission for Beijing 2022.