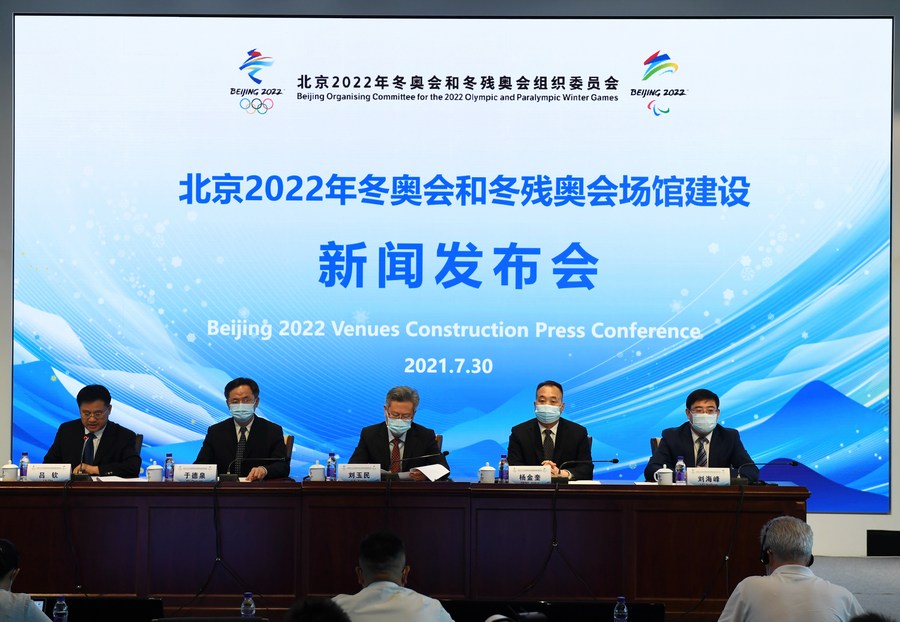 As Beijing marks its sixth anniversary of winning the bid for the 2022 Winter Olympics and Paralympic Games on July 31, the Beijing 2022 organizers held a press conference here on Friday to give an update on the venue construction of the Beijing Games.

As the first city to host both the Summer and the Winter Games, it becomes possible for Beijing to make maximum use of the legacy of the 2008 Games. Among the 14 Olympic legacies used for the 2022 Games, 10 are venues and four are land heritages. 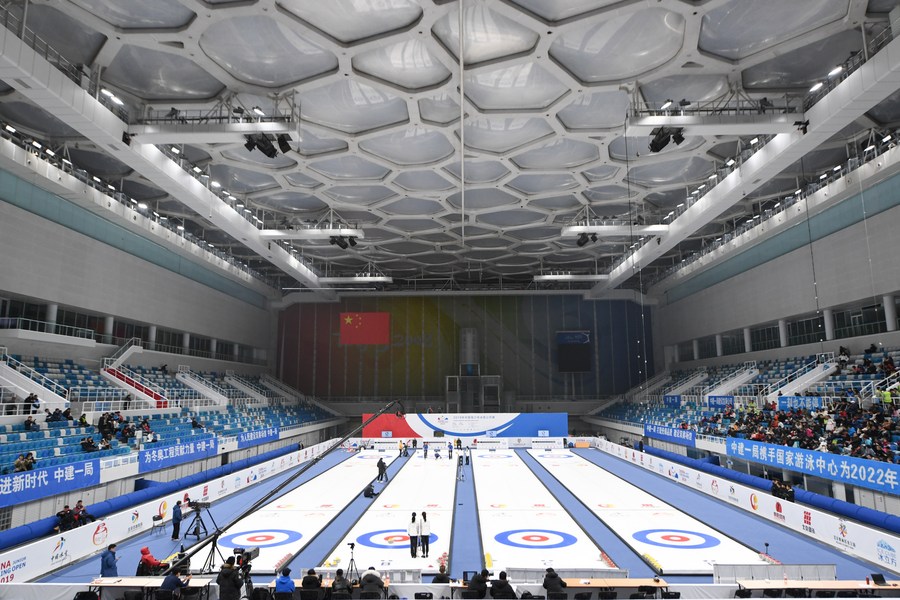 In order to fulfill the commitment of delivering a green Olympics, all the new indoor venues for the Beijing Winter Olympics have met certain criteria and awarded the green building three-star design evaluation mark, which according to Liu Yumin, head of the planning and construction department of the Beijing Organizing Committee for the 2022 Olympic and Paralympic Winter Games (BOCOG), equals the international LEED Gold standard, with other existing venues met the two-star standard.

By the end of 2020, all the venues for the Beijing Winter Olympics have realized 100% green electricity supply through wind power and photovoltaic installations, achieving 100% green power for the first time in Olympic history.

Of the eight ice venues and 10 ice surfaces to be used at the Beijing Games, nine surfaces of seven venues use environmentally friendly refrigerants with carbon dioxide ice-making technology being used in four venues. It is the first time in the Winter Olympic history to use the world's most advanced, environmentally friendly and energy-efficient ice-making technology.

According to Liu Haifeng, deputy director of the organizing group in Zhangjiakou, snow sports venues in the Zhangjiakou competition zone will realize a low energy consumption and make full use of renewable resources by implementing green design concepts and merging existing natural resources.

Beijing Winter Olympic Venues feature green design and inherit the concept of natural mountain forests. According to Liu Haifeng, deputy director of the office of the Leading group for organizing the Winter Olympic Games in Zhangjiakou, the winter Olympic venues in Zhangjiakou will be built with low energy consumption and make full use of renewable resources to achieve harmony with the natural environment. "We have taken a lot of measures to respect the original natural environment and minimize disturbance to the environment during the construction of the snow-covered venues," Liu said.

Reserving the venues for future use after the Olympics and serving the people in the long-term run was part of BOCOG's initiative.

As introduced by Yu Dequan, deputy director of Beijing Major Projects Construction Headquarters Office, post-Games usage had been well-considered ahead and throughout the planning and construction process it was assured that the venues meet the demands both during and after the Winter Games, creating an environment to engage more people in winter sports. 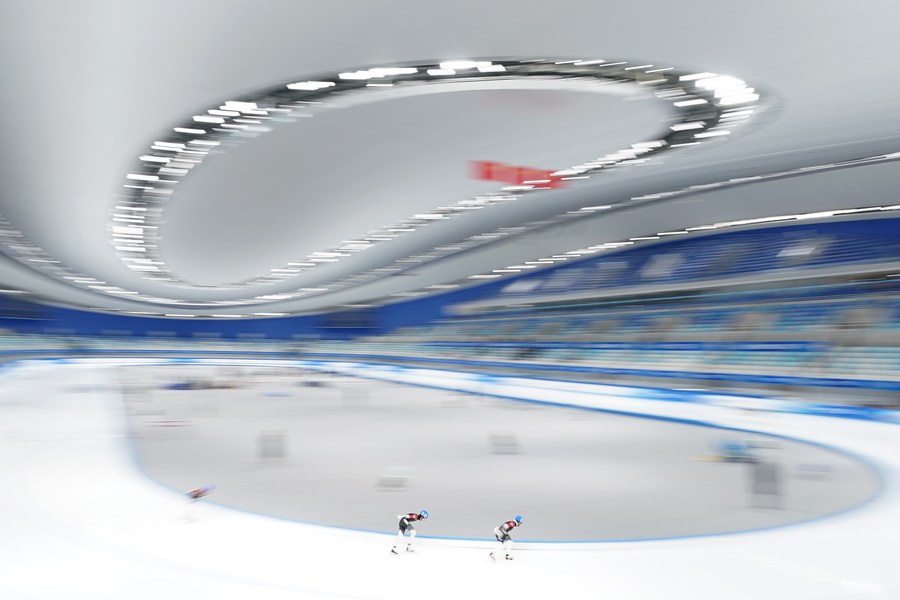 Despite a partial exercise of the ice surface in the National Speed Skating Oval during the Winter Games, the 12,000 square meters big ice surface will become a playground for many after the Games. Events at the "Big Air" platform at the National Ski Jumping Center are scheduled to take place all during the day at Beijing 2022, but a lighting system has been deployed for post-Olympics events.

Meanwhile, in Zhangjiakou, the city will rely on the existing venues in the Zhangjiakou competition zone and the snow and ice sports talents trained to promote its sports, culture and tourism, striving to become a "sports city".

The flexible DC grid project in Beijing and Zhangjiakou will be able to provide 14 billion kilowatt-hours of electricity to Beijing every year, one-tenth of the city's annual electricity consumption.

In order to deliver a Paralympic Games as splendid as the Olympics, BOCOG has made a huge effort to provide accessible facilities in all venues. 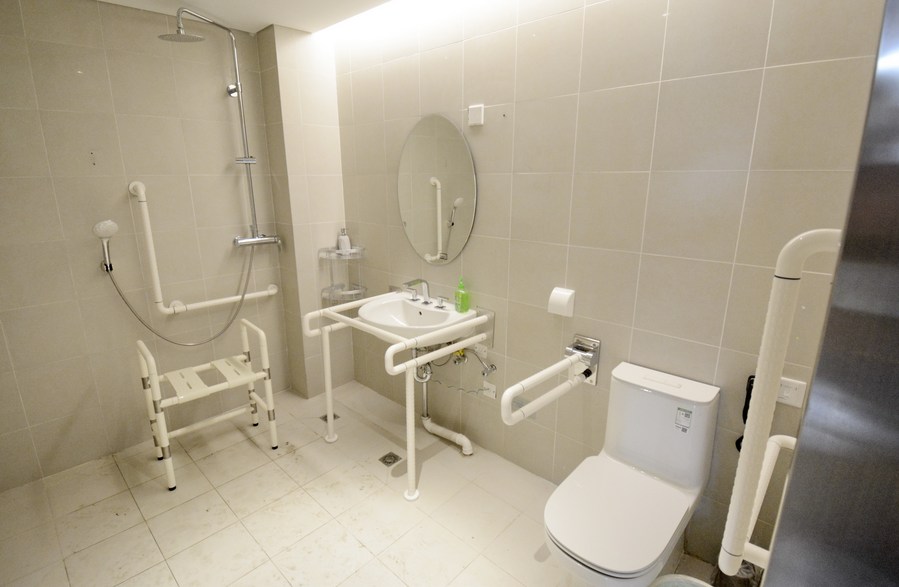 Yang Jinkui, director of the Paralympics Department of BOCOG introduced that accessible facilities at 12 competition venues and three Winter Olympic Villages have been completed along with the main construction of the venues.

Up to now, 227 accessible elevators, 496 accessible restrooms, 158 toilet booths, 863 accessible rooms, 45 accessible fitting rooms and 152 wheelchair ramps have been built in the competition venues and the three Winter Olympic and Paralympic Villages. The number of accessible seats has also met the requirements for the operation of the Games.

"Through the Beijing Winter Games preparations, accessibility has been and will be continuously improved in Beijing and Zhangjiakou," Yang added.