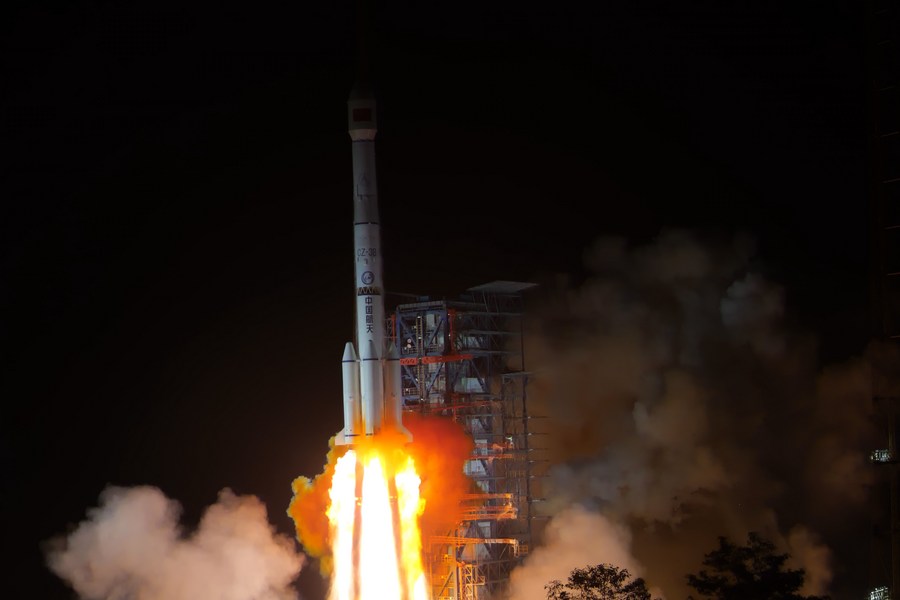 China will make six manned space flights in 2022 to complete the building of its space station and see the maiden flight of Long March-6A, the country's first carrier rocket powered by a solid and liquid engine.

China carried out 55 space launch missions in 2021, with this number ranking first in the world, and its total mass of spacecraft launched reached 191.19 tonnes, an 85.5 percent year-on-year increase, according to the blue book.

The CASC brought 103 aircraft into space with 48 launches in 2021, said He Yang, director of Beijing Institute of Space Science and Technology Information, at the press conference.

The country's other successful space missions last year included three launches by the Kuaizhou-1A carrier rocket and one launch by the CERES-1 carrier rocket, according to He.

The United States carried out 51 space launch missions in 2021, with the total mass of spacecraft launched reaching 403.34 tonnes, according to the blue book.