China is accelerating its digital transformation to further upgrade the countryˇŻs manufacturing industry and rachet up its pursuit of high-quality development, with ˇ°lighthouse factoriesˇ± that represent some of the most advanced manufacturing facilities in the world leading the way through their implementation of smart manufacturing. 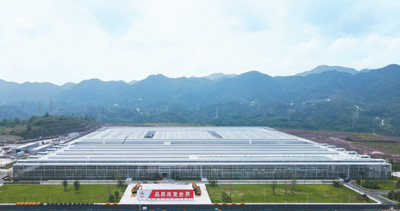 Notably, the factory is the first heavy-industry enterprise globally to be added to the list. The factory began to leverage the power of industrial Internet technology in 2018. Now it is well-equipped with eight flexible work centers, 16 intelligent production lines and 375 production facilities connected to the Internet. Meanwhile, an industrial Internet platform deployed by the factory can collect data non-stop and provide optimal parameters for each production process.

The upgrades to the factory have served to provide an additional boost to its production efficiency and product quality. Moreover, the factoryˇŻs digital transformation has managed to increase the overall operation rate of its production equipment from 60 percent to about 90 percent in addition to slashing the production cycle by nearly 80 percent.

Noting that the term ˇ°lighthouse factoryˇ± is a byword for technology-intensive manufacturing, innovation, high labor productivity, high economic returns and green development, Sheng said that these factories are leading the way in smart manufacturing and digital transformation. 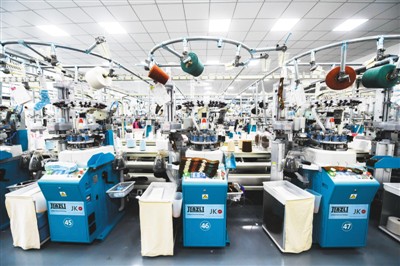 So far, 31 factories in China have joined the Lighthouse Network as leaders in applying 4IR technologies and represent the best examples of digital manufacturing and Industry 4.0, accounting for over one-third of the global total. Besides, leading manufacturing enterprises such as Sany and Midea Group are striving to build more and more ˇ°lighthouse factories.ˇ± Being able to provide digital solutions, these enterprises can also empower small- and medium-sized enterprises with digital technologies.

China is leading the world in some fields within the smart manufacturing industry. Located in Ningde city, southeast ChinaˇŻs Fujian Province, the Ningde factory of Contemporary Amperex Technology Co., Ltd. (CATL), ChinaˇŻs leading automotive lithium-ion battery maker, is the first battery factory globally that has been added to the Lighthouse Network.

Confronted with the increasing complexity of manufacturing processes and a rising demand for higher product quality, CATL has leveraged artificial intelligence, advanced analytics and edge/cloud computing to achieve, within only a short three-year period, a defect rate per billion count at the speed of 1.7s per cell, while improving labor productivity by 75 percent and reducing energy consumption by 10 percent a year.

According to industry insiders, more and more ˇ°lighthouse factoriesˇ± will help accelerate the transformation from ˇ°made in Chinaˇ± to ˇ°intelligently manufactured in Chinaˇ± and boost the digital transformation and high-quality development of the countryˇŻs manufacturing sector.

China has made significant progress in making the countryˇŻs manufacturing sector more digitalized, networked and intelligent since 2016. Data from the Ministry of Industry and Information Technology (MIIT) showed that intelligent manufacturing facilities are able to meet over 50 percent of domestic demand. The country has also released 285 national standards and led the formulation of 28 separate international standards in this regard. China has also cultivated over 70 influential industrial internet platforms.

According to a development plan for smart manufacturing during the 14th Five-Year period (2021-2025) issued by the MIIT and other departments, China plans to build industry-leading smart-manufacturing demonstration plants.