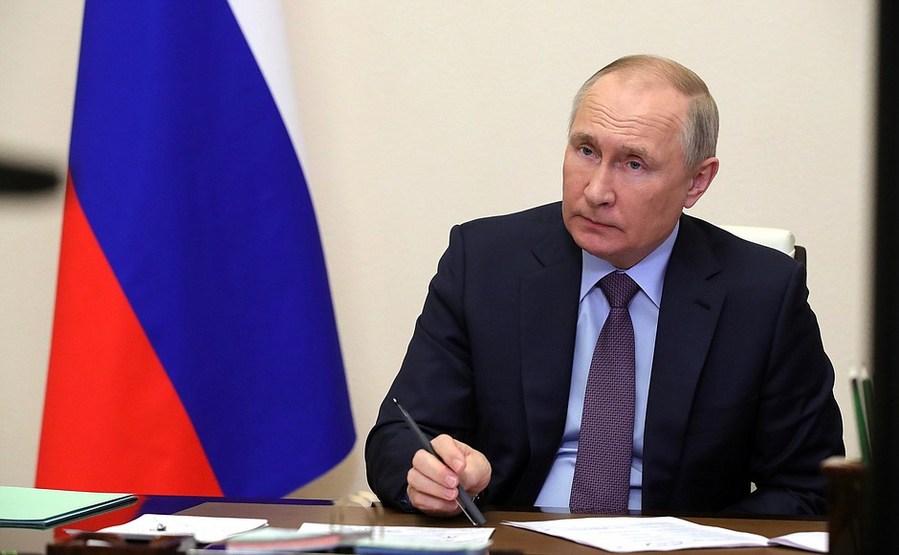 Putin noted there are failures in the payments for Russian energy.

Russian President Vladimir Putin underscored the importance of diversifying energy exports as supplies in the western direction will be reduced in the foreseeable future.

"Therefore, it is important to consolidate the trend of recent years: step by step, reorient our exports to the fast-growing markets of the south and east," Putin said at a government meeting via video link on the current situation in Russia's oil and gas sector.

"To do this, in the near future it is necessary to identify key infrastructure facilities and begin their construction," he said.

Meanwhile, Putin ordered to increase supplies of energy to Russian consumers, adding that price reductions are possible in order to stimulate domestic demand.

He also instructed the government to boost the development of deep processing of oil and gas as quickly as possible.

Russia has demanded "unfriendly countries" buy its natural gas with rubles, but many of them have expressed opposition.

At the government meeting, Putin noted there are failures in the payments for Russian energy, and that banks from the "most unfriendly countries" are delaying the transfer of payments.