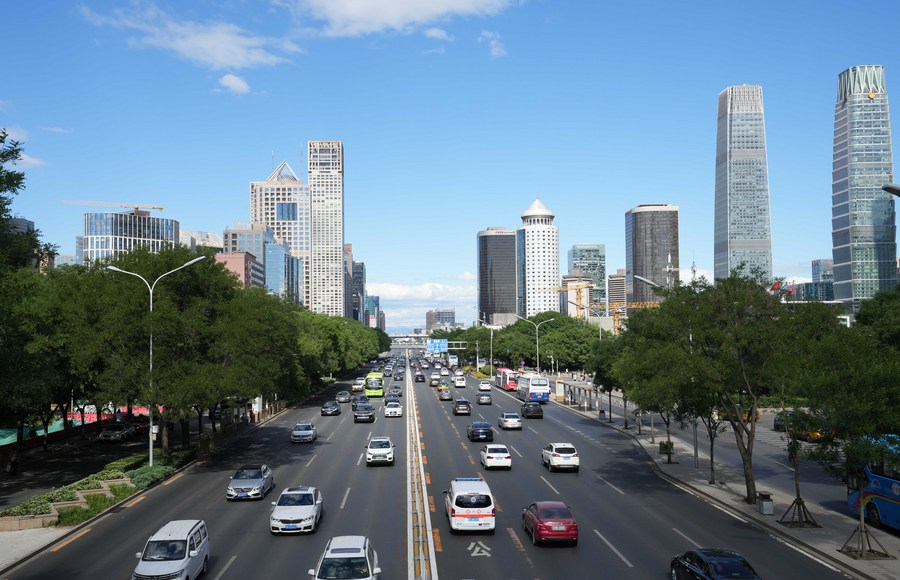 Foreign investors continued to increase their investments in Chinese equities and bonds, casting a vote of confidence in the country's long-term development.

By June 10, the Chinese A-share market had seen net inflows of foreign capital for the last ten consecutive trading days, the longest period of net inflows so far this year, according to market tracker Wind.

The number was in sharp contrast to a net outflow of 45.1 billion yuan in March, when the resurgences of COVID-19 battered the country's economy.

She attributed the outflows to a range of factors, including the Russia-Ukraine conflict, U.S. Fed rate hikes and the sporadic resurgences of COVID cases in China.

But as the world's second-largest economy adjusted COVID restrictions in late May and took incremental efforts to shore up the economy, the financial market gradually warmed up.

"Within only two weeks in June, we have seen foreign investors pile up their purchasing of Chinese A-shares, with the inflow surpassing the total in May," said Li. "That showed a sharp and swift shift of market sentiment."

Christiaan Tuntono, senior economist with Allianz Global Investors, said the outlook on China's macro condition is contingent upon the success of the government's ambitious plan.

In the bond market, China was also a shining point among the emerging economies. Data released by the Institute of International Finance showed that 2 billion U.S. dollars flowed into the Chinese bond market in May, bucking the trend of outflows of foreign capital in most emerging markets last month.

The major driver of investment to the Chinese bond market lies in demand for medium- to long-term asset allocation, with the major holders being central banks, sovereign wealth funds and passive funds that track indices, said Matt Simpson, an analyst with Gain Capital.

Given that the FTSE Russell had included Chinese government bonds in its World Government Bond Index, a total of 10 billion U.S. dollars will flow into China's bond market every quarter through the end of 2024, he added.

There is still much room for foreign investors to increase their holdings of RMB assets further, Wang Chunying, deputy head of China's forex regulator, has said.

RMB assets remain highly attractive in many ways as it has stable investment returns and could diversify portfolio risks, Wang said.