* With heavy spending on the construction of railway and road facilities, southwest China's Tibet Autonomous Region has seen rapid development and constant improvements to the lives of the locals.

* Since 2012, more than 337 billion yuan (about 50.4 billion U.S. dollars) has been spent as fixed-asset investment in Tibet's transport sector. 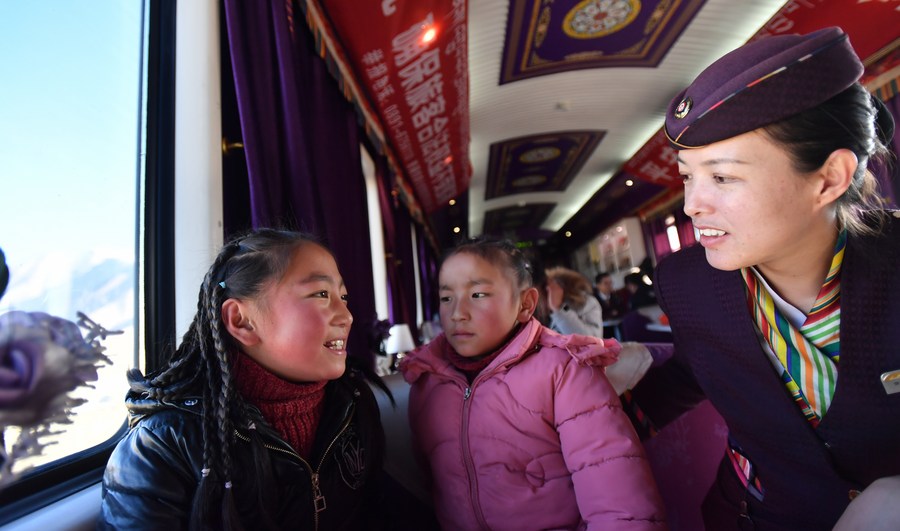 Passengers carrying luggage of varying sizes, many in Tibetan costumes, chat with each other or bury themselves in their phones while queuing on the platform for their trains.

Such scenes play out daily at the railway station in Lhasa, capital of southwest China's Tibet Autonomous Region, and stand in stark contrast to what existed 16 years ago.

When the station opened on July 1, 2006, marking the start of the official operation of the Qinghai-Tibet Railway, the region's first railway line, the platform was more like a tourist attraction packed with visitors.

"Curious about trains, many Tibetans just bought a platform ticket and brought snacks for a picnic here," said Tsogpa, who has been working at the station since its opening and is now office director of the Lhasa railway station.

With heavy spending on the construction of railway and road facilities, Tibet has seen rapid development and constant improvements to the lives of the locals.

Since 2012, more than 337 billion yuan (about 50.4 billion U.S. dollars) has been spent as fixed-asset investment in Tibet's transport sector, according to the region's transport department.

Over the past decade, three railway lines have formed a "Y" shape on the plateau region, with the latest Lhasa-Nyingchi line, the region's first electrified railway line, kicking off operation on June 25, 2021. The Lhasa railway station, where the three lines meet, has witnessed explosive growth in passenger flow, surging from 2.24 million in 2007 to more than 4 million in 2021.

Bullet trains have brought tourists to the city of Shannan, through which the Lhasa-Nyingchi Railway passes.

In Tashi Chodan, a community in Nedong District of Shannan known for its Tibetan opera, some 30 artists perform for tourist groups from across the country. 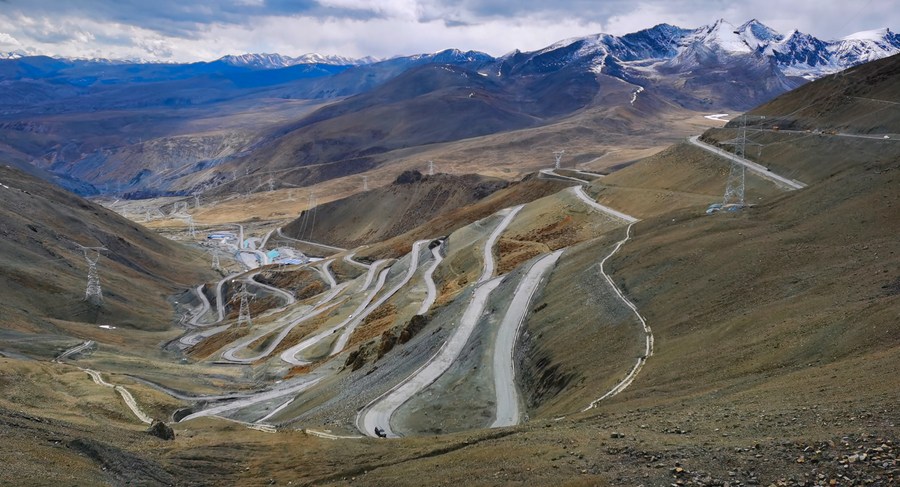 Photo taken on May 14, 2021 with a mobile phone shows the view of a road to Gyirong County, Xigaze of southwest China's Tibet Autonomous Region. (Xinhua/Shen Hongbing)

Dawa Drolma, 52, one of the performers, said they have shows every night during the peak season.

Dawa Drolma and her family have also refurbished their house into a homestay with six beds. "During the busiest time, all rooms are full," she said, adding that the opera performance and homestay business bring the family an extra income of more than 50,000 yuan every year.

In 2019, the Nedong district government spent some 50 million yuan for improving the living conditions of the community, including upgrading road facilities. The 2.5-meter-wide cement road was replaced by an 8-meter-wide asphalt one, allowing tourist coaches to arrive at the community.

Over the past 10 years, the per capita disposable income of the community more than doubled to 25,000 yuan a year in 2021, which is largely attributable to the burgeoning tourism industry.

"Tourists would not possibly come without convenient transportation," said Basang Tsering, Party chief of the community.

Furthermore, a handloom fabric cooperative in Nedong District supplies its textile products, such as handmade scarves and purses, via logistic services. The cooperative, which has helped more than 400 farmers sell their fabric products, raked in a sales revenue of 10.5 million yuan last year, a whopping increase of 20 times from 2010.

"With convenient transportation, we can sell our products to big cities such as Beijing and Shenzhen," said Basang, head of the cooperative. 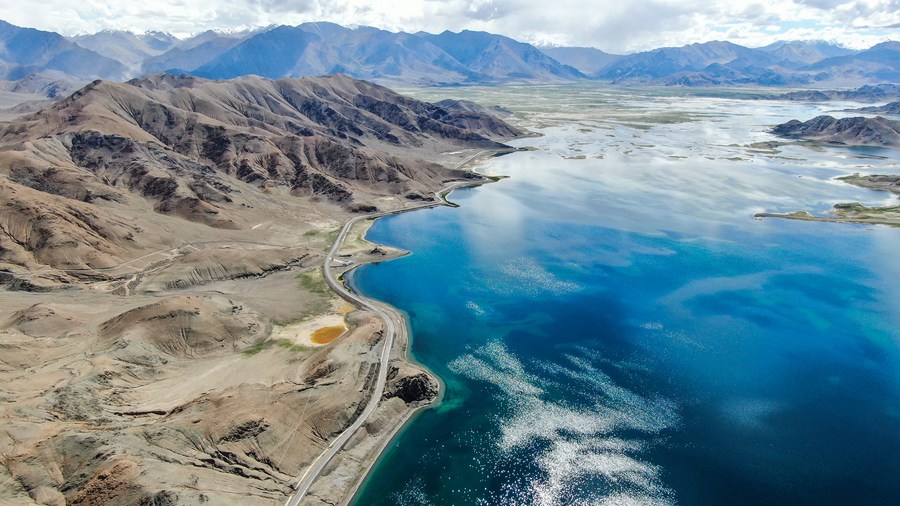 Over the past decade, the total length of roads in Tibet has increased by some 55,000 km to 120,000 km, including more than 90,000 km of rural roads, according to official figures.

In Medog, Nyingchi City, daily necessities were earlier brought home on shoulders or horseback. Students had to trek for days to school, and ailing patients had to be carried on shoulders to a hospital in the city proper.

Tenzin Gyatso, a former porter, vividly remembers the challenging past. Once, he and his fellow villagers transported a 19-year-old woman who suffered from a stroke to a hospital in winter, taking turns to carry her on their backs.

"We had to walk at night to avoid an avalanche," said Tenzin Gyatso, 48, adding that it took four days for them to arrive at the nearest highway from where they could hire a car.

The situation changed following the opening of the Medog Highway in October 2013, with vehicles, machines and a large amount of construction material flowing in.

Residents have moved into brand-new houses and they can drive their children to school, and patients can easily visit a hospital whenever needed. 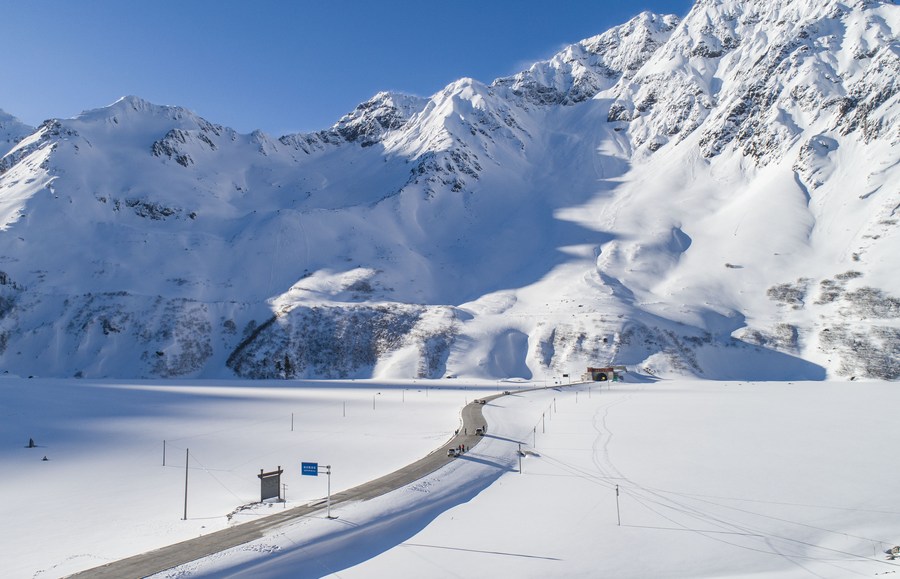 Tenzin Gyatso now has an excavator which he leases to construction sites. He also runs a homestay and rents out rooms to construction workers. The income from the tea plantation and other sources together brings his family more than 100,000 yuan annually.

Wei Changqi, Party chief of the county, said the Medog Highway has made travel for local people much easier and ensured the supply of daily necessities and construction materials. The quality of healthcare and education has also significantly improved from 10 years ago.

Medog was lifted out of poverty by the end of 2019. The disposable income of rural residents skyrocketed from 4,875 yuan in 2012 to 15,278 yuan in 2021, with major industries including tea plantations and bamboo wickerworks flourishing there.

During the same period, Tibet's regional GDP ballooned to 208 billion yuan from 71 billion yuan. The region eradicated absolute poverty by the end of 2019, with 628,000 impoverished residents shaking off poverty.