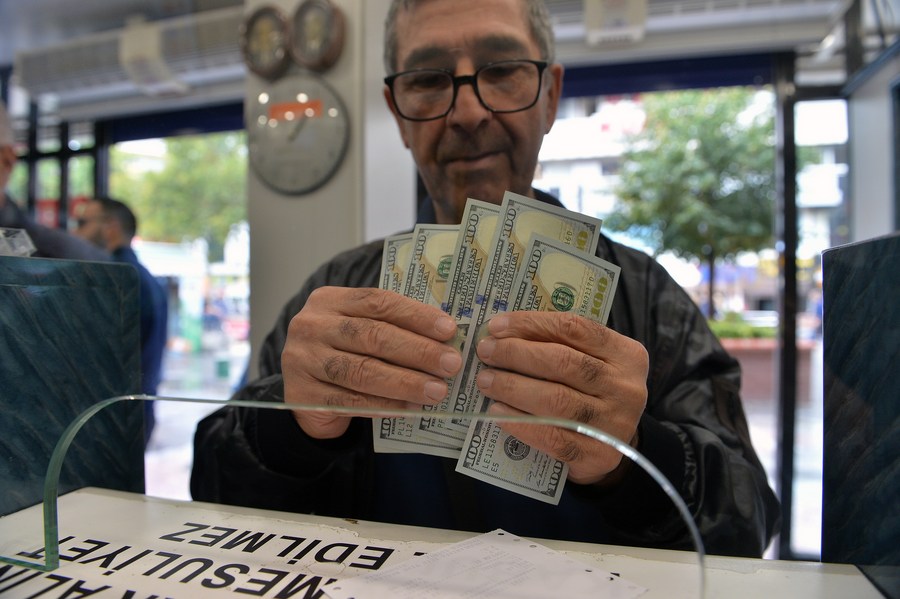 A man exchanges money at an exchange office in Ankara, Türkiye, on Sept. 22, 2022. (Photo by Mustafa Kaya/Xinhua)

On Sep. 22, the Fed decided on a third consecutive three-quarter-point rate hike, as it continues to ramp up its fight against the country's surging inflation.

In the wake of the decision, the Turkish lira weakened to a record 18.42 to the U.S. dollar. On Tuesday morning, the lira was trading at a fresh all-time low of 18.49 against the dollar when many economists predict a even further fall in the Turkish currency. 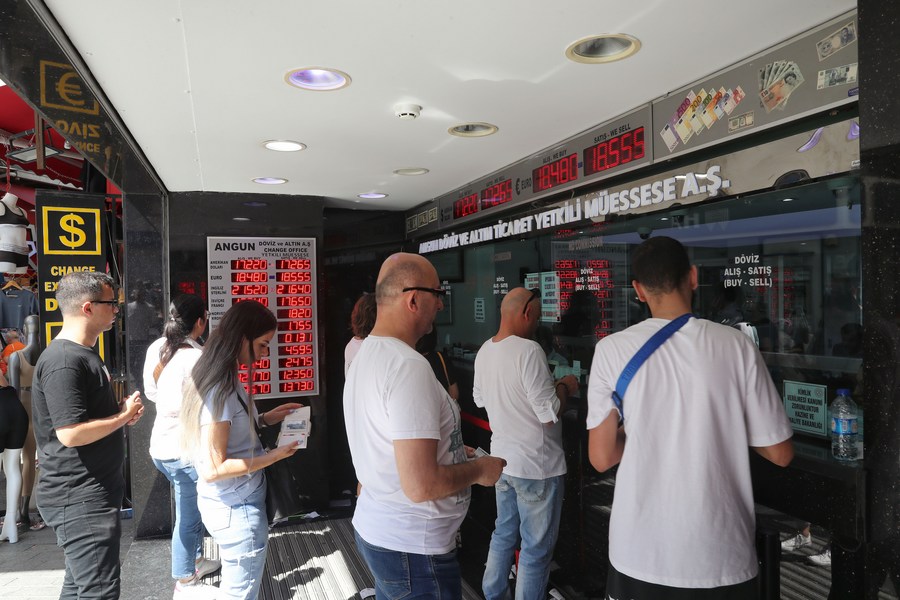 People are seen at a foreign exchange office in Istanbul, Turkey, on June 9, 2022. (Photo by Unal Cam/Xinhua)

Emerging markets are suffering from higher U.S. rates, bond yields and a stronger dollar. In June, the Fed raised its benchmark interest rate by 75 basis points for the first time in 28 years despite the risk of a global recession.

Türkiye, which imports nearly all energy supplies in dollars and has a large dollar-denominated debt, is reeling even more from Fed rate hikes, as it will have to pay more to roll over its debt, according to experts.

The Fed's repeated rate hikes will have a negative impact on the Turkish economy "because Türkiye has a huge foreign debt worth about 450 billion dollars, of which 182 billion dollars will be renewed in a year," Yalcin Karatepe, an economy and finance professor at Ankara University, told Xinhua in an interview. 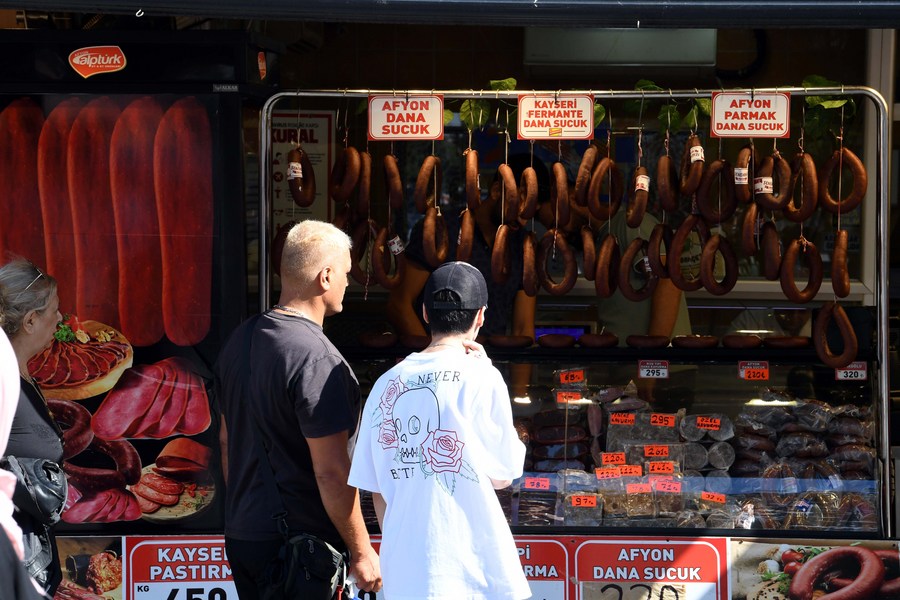 "As the Fed raises interest rates, the dollar gains strength around the world. This process is challenging the macro balances of developing countries," he said.

Since the end of 2021, Türkiye has been undergoing economic woes unseen in decades as households have seen a sharp decline in their purchasing power despite government measures and salary increases.

Most countries have raised interest rates to fight the economic impact of the Fed's rate hikes in order to protect their currencies and prevent the outflow of foreign funds.

But Türkiye did just the opposite. It has lowered its policy rate by 700 basis points since September 2021 despite an inflation exceeding 80 percent.

The lira lost some 55 percent against the dollar since the Turkish central bank embarked on its easing cycle, making it one of the worst-performing currencies over the period. 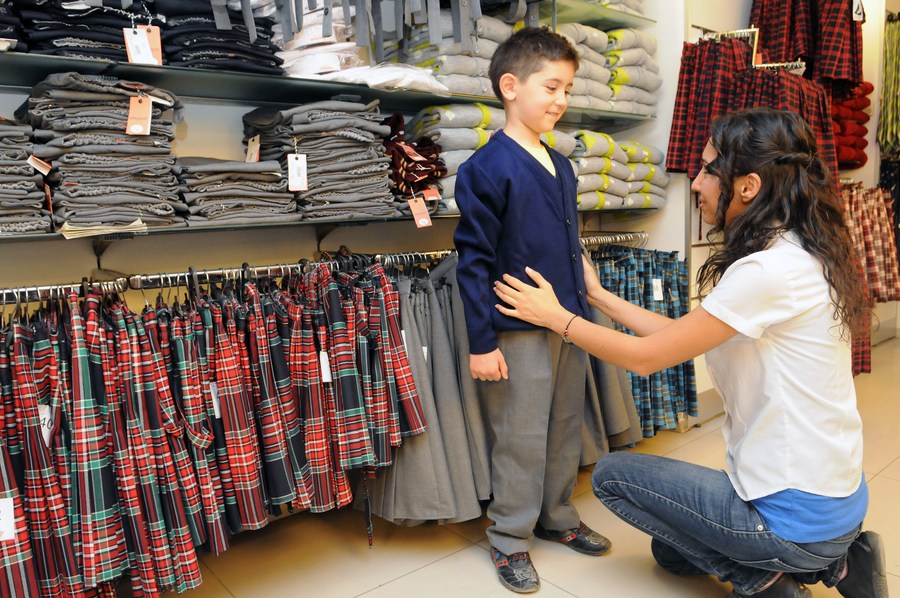 A woman shops for her son in a store in Ankara, capital of Türkiye, on Sept. 6, 2022. (Photo by Mustafa Kaya/Xinhua)

Turkish President Recep Tayyip Erdogan, however, roots for this policy in hopes of boosting growth and employment with the aim of creating a current account surplus rather than fighting a 24-year high inflation.

Many economists have warned that Türkiye may no longer sustain increasing risk premium levels that raise the specter of a debt repayment crisis.

"Türkiye's inflation is more than 80 percent at present, while it was only 19.25 percent this time last year. The main change is in the benchmark rate," said Karatepe.

Nevertheless, Erdogan has remained unfazed by criticism and predicted that the inflation "will drop to reasonable levels in February."