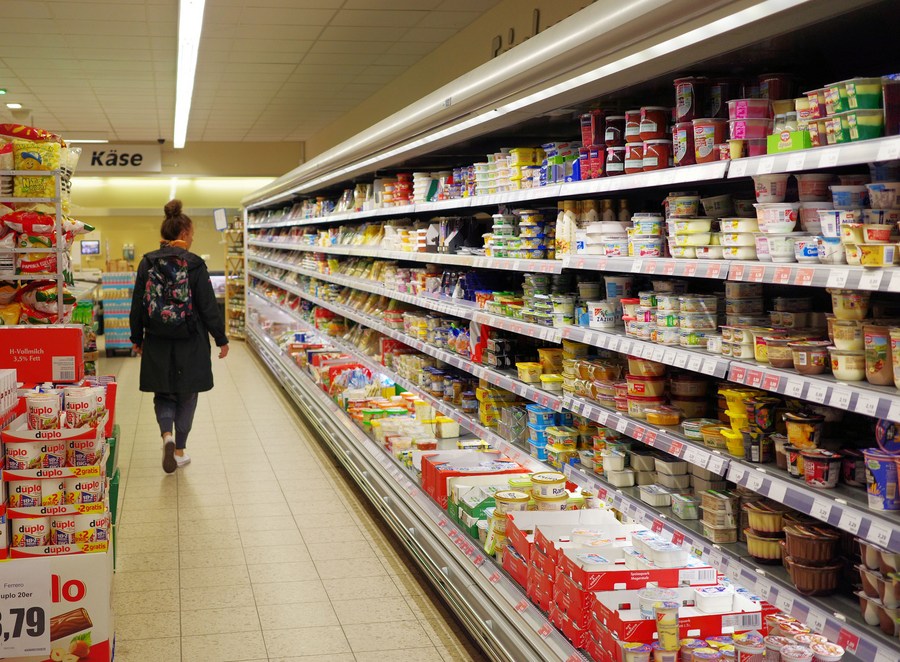 A consumer shops at a supermarket in Berlin, capital of Germany, on April 27, 2022. (Xinhua/Ren Pengfei)

Inflation in the eurozone rose by 10 percent in September, a new record high since the launch of the single currency in 1999, according to a flash estimate published on Friday by Eurostat, the statistical office of the European Union (EU).

The rate increased from 9.1 percent in August, the previous record, said Eurostat.

Energy prices, which rose by 40.8 percent in September from a year ago, were once again the main contributor to accelerating inflation. The respective figure in August was 38.6 percent. 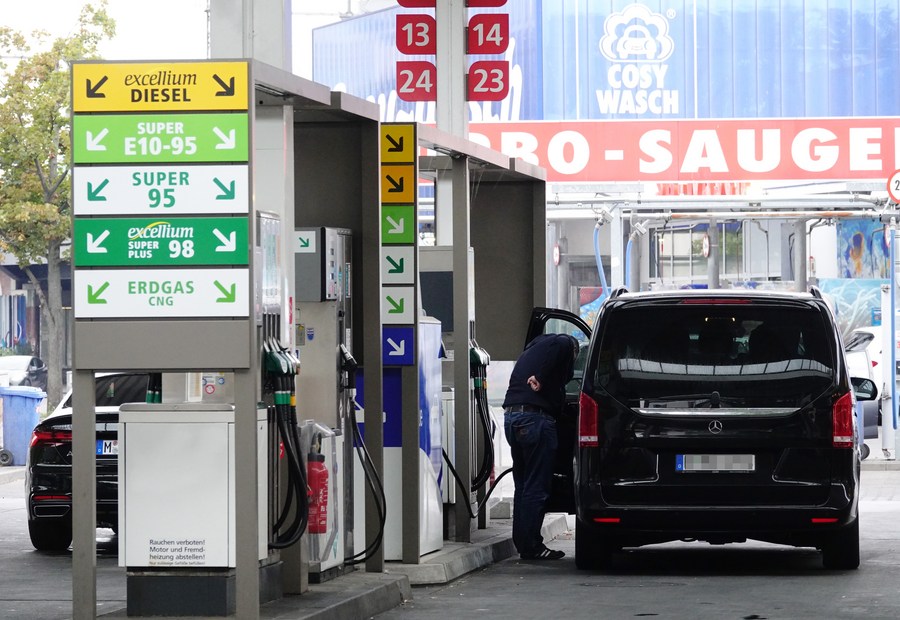 Core inflation excluding energy, food and beverages increased from 4.3 percent in August to 4.8 percent in September.

ING senior economist Bert Colijn said this jump was more broad-based than expected and will provide extra fuel for European Central Bank (ECB) hawks. The bank is set to hike rates drastically at its upcoming meetings. In October, the ECB is likely to announce another 75-basis-point rate hike.

Also on Friday, the French National Institute of Statistics and Economic Studies (INSEE) reported that France's consumer price index (CPI) is estimated to rise by 5.6 percent in September from a year earlier.