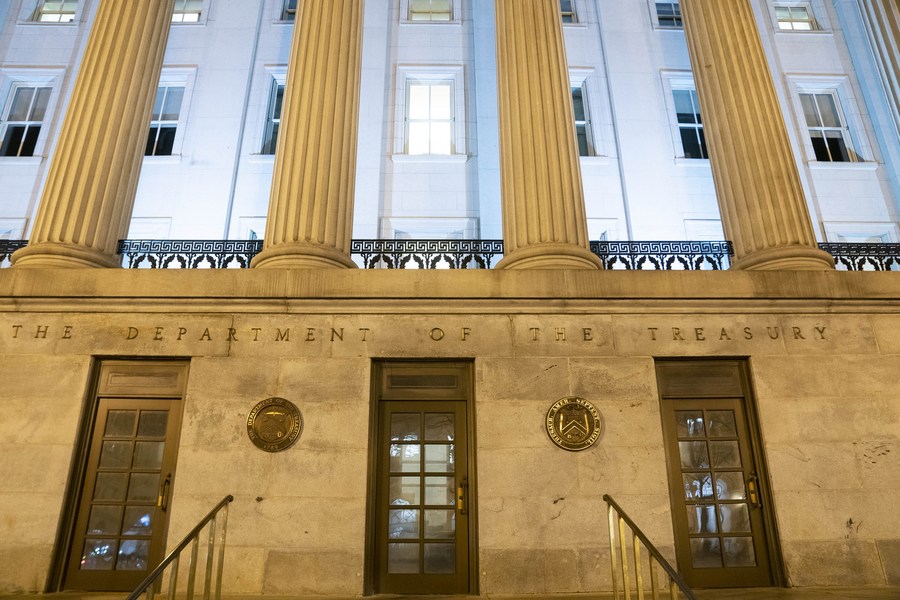 Photo taken on Feb. 28, 2022 shows the U.S. Department of the Treasury in Washington, D.C., the United States. (Xinhua/Liu Jie)

The administration of U.S. President Joe Biden slapped new sanctions on Russia on Friday, following Moscow's formal recognition earlier in the day of four Ukrainian regions under Russian control since the early stage of the Russia-Ukraine conflict as Russian territory.

Among the punitive measures announced by three cabinet-level departments were those from the Department of the Treasury that designated "14 persons in Russia's military-industrial complex, including two international suppliers, three key leaders of Russia's financial infrastructure, immediate family members of some of senior Russian officials, and 278 members of Russia's legislature" for enabling the referendums that resulted in Moscow claiming the four regions of Donetsk, Lugansk, Kherson and Zaporizhzhia as Russia's sovereign territory.

The Treasury Department also issued new guidance that "warns of the heightened sanctions risk that international actors outside of Russia would face for providing political or economic support to Russia as a result of its illegal attempts to change the status of Ukrainian territory," the department said while announcing the sanctions.

Meanwhile, the Commerce Department added 57 companies located in Russia and the Crimean Peninsula - which Russia declared as its territory in 2014 following a referendum -- to the so-called Entity List, designating them as export control violators. 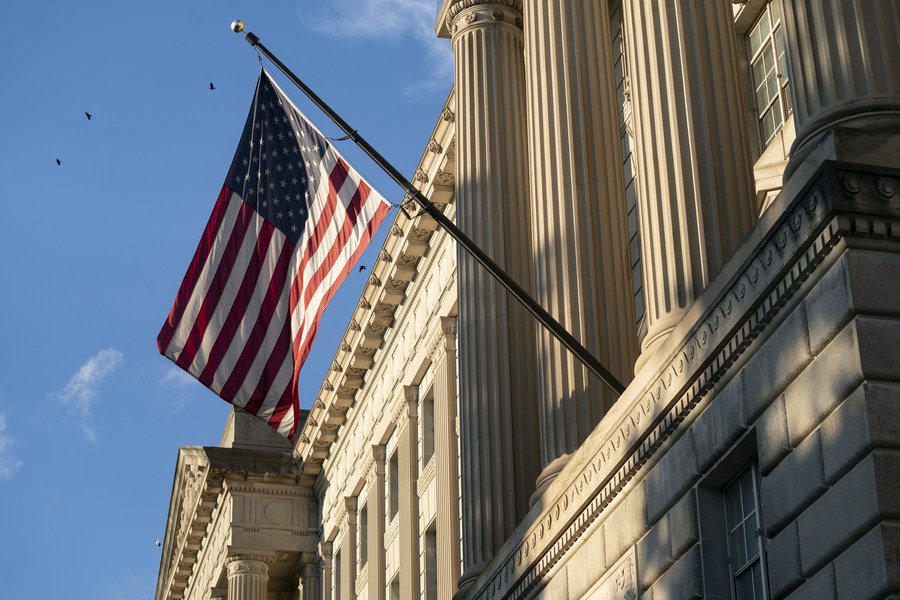 In addition, the Commerce Department issued new guidance warning that "the United States' export controls on Russia can be applied to entities in third countries that seek to provide material support for Russia's and Belarus's military and industrial sectors."

What's more, the State Department imposed visa restrictions on Russian national Ochur-Suge Mongush for torturing a Ukrainian prisoner of war, according to a statement by Secretary of State Antony Blinken.

Visa restrictions are also being applied to another "910 individuals, including members of the Russian Federation military, Belarusian military officials, and Russia's proxies for violating Ukraine's sovereignty, territorial integrity, and political independence, Blinken said.

Responding to the Kremlin's formal recognition of the four regions joining the Russian Federation, Biden said in a statement that the United States "will rally the international community to both denounce these moves and to hold Russia accountable," adding Washington "will continue to provide Ukraine with the equipment it needs to defend itself."

Noting that his administration on Wednesday announced an additional round of security assistance to Ukraine worth 1.1 billion U.S. dollars, the president said he looked forward to "signing legislation from Congress that will provide an additional 12 billion dollars to support Ukraine."