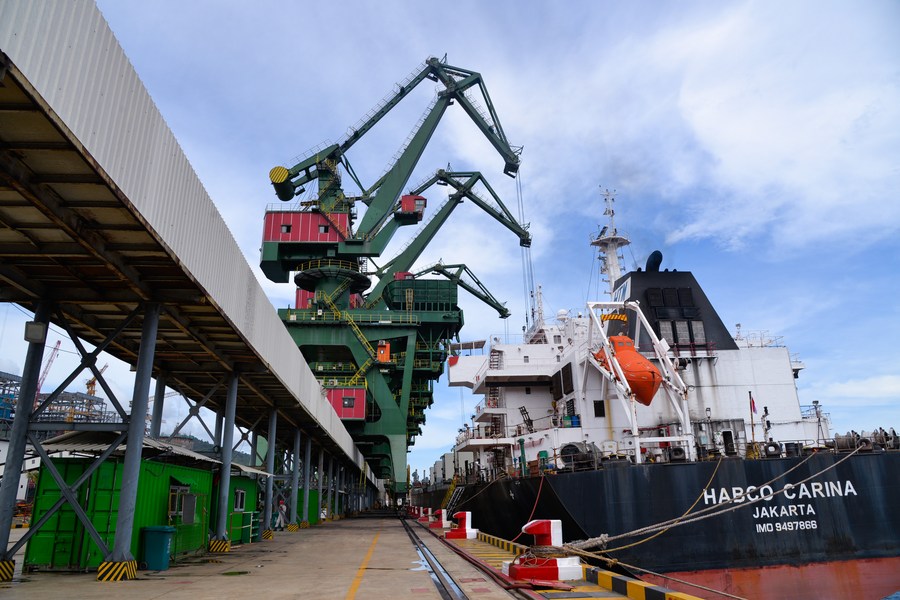 It was first built in 2013 as a joint venture between Indonesia's Bintang Delapan Group and China's stainless steel giant Tsingshan Iron and Steel Group.

The past nine years have seen more and more Chinese enterprises in the nickel industry settle in the park, bringing substantial economic and technological benefits to Indonesia.

Through these industrial parks, China and Indonesia have opened a new chapter of mutually beneficial and win-win cooperation. 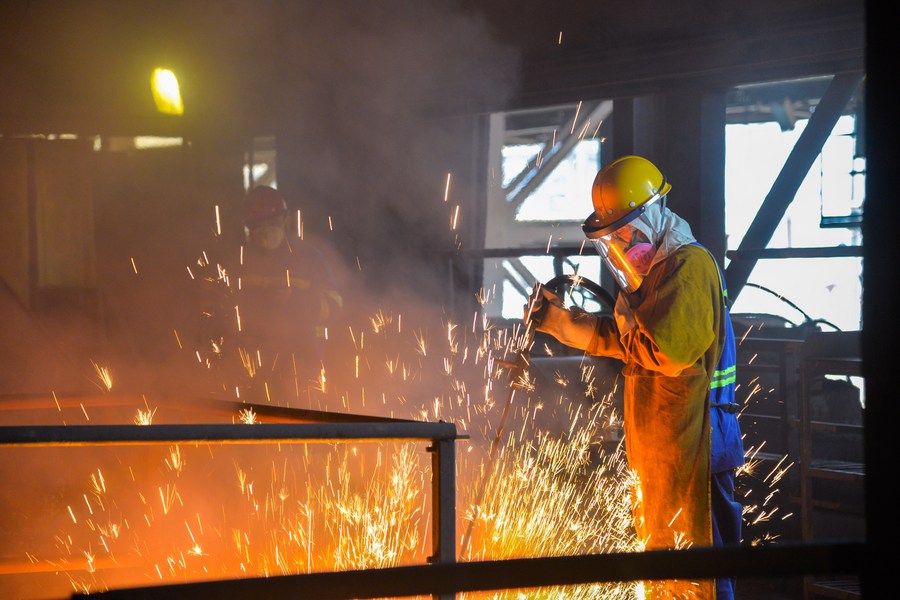 Indonesia is famous for its rich nickel resources, especially in Central Sulawesi and North Maluku, but the industry's further expansion had long been hampered by a lack of infrastructure, technology and talent.

Thanks to investment by Chinese enterprises including Tsingshan in the manufacturing sector of Indonesia's nickel industry, the country has now become one of the world's major stainless steel producers.

Nickel is not only a necessary raw material for stainless steel but also an important component of lithium batteries in the new energy industry. In recent years, with the rapid development of electric vehicles (EVs), nickel has become a rising star among metals, eagerly chased by investors in the international market.

Bambang Suryono, chairman of Indonesia's think tank Asia Innovation Study Center, said that Tsingshan's model of building a park at the origin of resources has created a win-win situation for all parties involved. 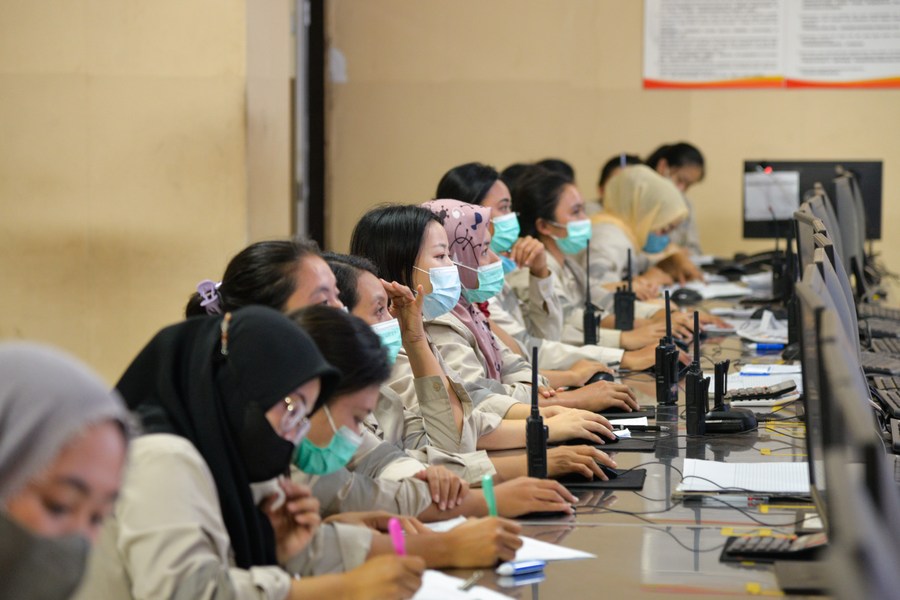 "I saw the number of tropical fish and coral reefs increasing, thanks to the environment protection measures carried out around the industrial park," said Roy, a diving instructor at Weda Bay, North Maluku, a famous dive site in Indonesia.

As the IWIP started construction in 2018, the work of cleaning up litter, coral transplantation and mangrove protection followed shortly.

Meanwhile, both IMIP and IWIP plan to build solar and wind power plants capable of producing millions of kilowatts in the near future to provide clean energy for the production of battery materials.

Data from GEM, a leading green enterprise in China, shows that the emission of carbon dioxide per ton of nickel produced in the HPAL production line is over 60 percent less compared to the traditional Rotary Kiln Electric Furnace (RKEF) production line of pyrometallurgy technology.

Tsingshan's commitment to green development is in line with Indonesia's goal of achieving carbon neutrality by 2060 or earlier, said Bambang. 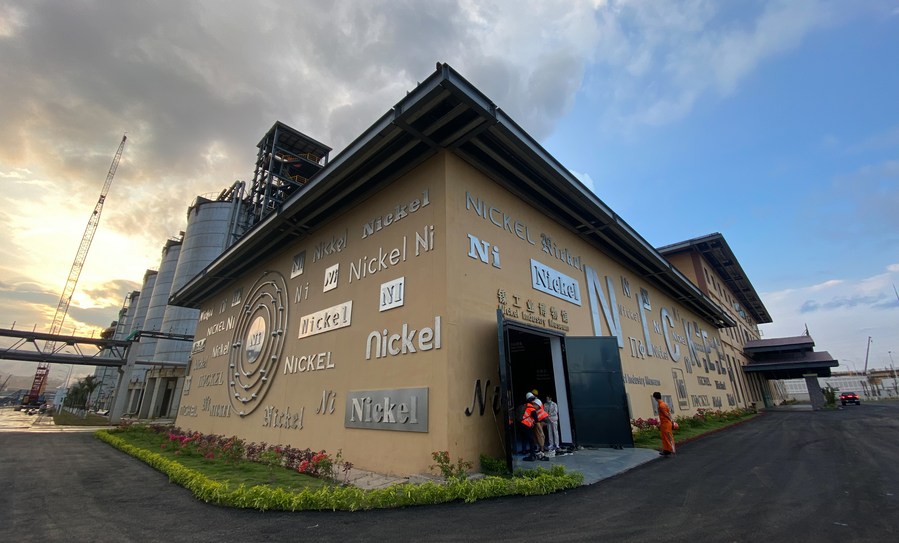 Currently, IMIP and IWIP employ about 70,000 and 35,000 Indonesian workers respectively, and actively work to help revitalize the local economy.

Lelilef Sawai is the closest village to IWIP and has been changed a lot by the development of the industrial park.

Village Head Frileks Arbaben said the population in his village has increased rapidly in the past three years to more than 6,000 people from 2,300 people, and that this has significantly boosted the local economy.

In the past, the villagers were poor and job opportunities were very limited. Since IWIP was established, many villagers have become workers.

"Our economy is growing fast. Previously, villagers could only earn an average of 400,000 rupiahs (about 25.48 U.S. dollars) each day. Now this number has increased to about one million rupiahs (about 63.7 dollars)," he told Xinhua.

Both IMIP and IWIP have earned a good name in the neighborhood as they are committed to fulfilling their social responsibilities, including providing 24-hour electricity, building schools and hospitals, and developing infrastructure.

For 30-year-old Aulia Talabudin, who works as a construction surveyor and designer for IWIP, the bigger platform has enabled him to rapidly improve his knowledge and competence.

Aulia said the company provides a fast career path for anyone who is competent, be they Indonesian or Chinese.