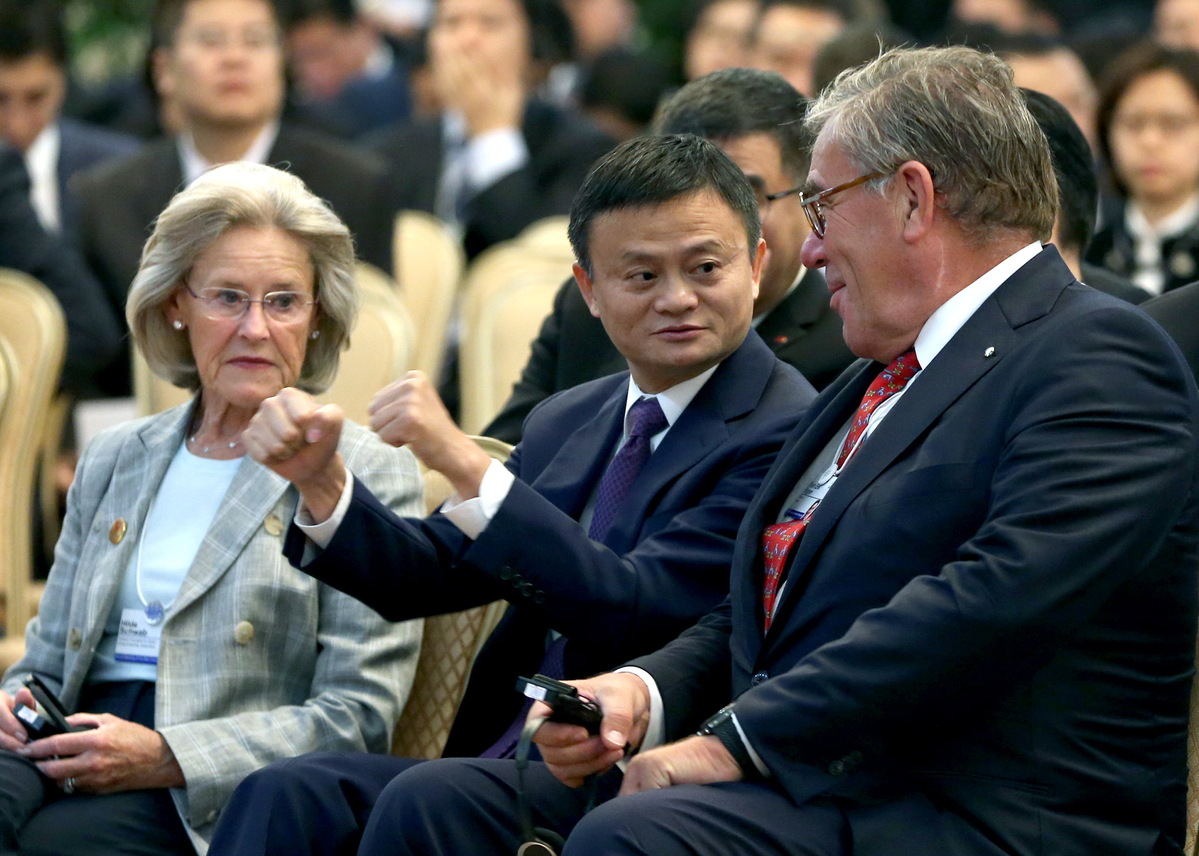 One week after announcing plans to resign as chairman of Alibaba Group Holding Ltd, Jack Ma made three speeches in a row addressing how technological advancements such as artificial intelligence will shape the future.

The technological revolution brought about by the internet is set to develop at an ever-faster rate, which is likely to have a profound impact on all walks of life, he said during the Summer Davos 2018 in Tianjin on Thursday.

"We should take the responsibility to help people better adapt to this revolution, as well as the opportunities and challenges that are brought along," he said.

According to Ma, people should stop worrying that AI will take their jobs. "Instead of increasing anxiety, we should face up to (the trend) directly."

Such sentiments were in line with his judgment on the role of AI during the World Artificial Intelligence Conference in Shanghai earlier this week, when he pointed out that the genuine worry is not whether machine intelligence will outsmart humans, but if human wisdom will stagnate.

Alibaba's approach to leverage technology to invigorate industries is best exemplified by New Manufacturing, a concept put forward by Ma two years ago that indicates the shift of manufacturing to more personalized approaches driven by consumer demand and realized by technology.

Speaking at the annual Alibaba cloud computing conference on Wednesday, Ma said New Manufacturing will set the tone for the sector in the coming 10 to 15 years, with the lines between different industries becoming increasingly blurred, and the tech and services sectors growing more interconnected.

"New Manufacturing will soon bring a wave of threats and opportunities to the manufacturing industry in China, and around the world," he said. "We must be prepared, both mentally and in every way possible."

At the heart of New Manufacturing are analytics and computing capabilities, he added, predicting that advanced technologies - such as the internet of things, semiconductor chips, artificial intelligence, big data and cloud computing - will impact manufacturing in ways the steam engine and oil previously did for industries based on manual labor.

Underpinning that goal is Alibaba's acceleration into real-world testing of autonomous driving. The company announced on Thursday its driverless fleet had been granted test license plates by the authorities in Hangzhou.

The game-changing idea is to create both smart roads and smart cars, according to Chen Lijuan, head of Alibaba AI Labs. Rather than loading more sensors into the vehicles, the approach is to have a network of static and connected roadside sensors that communicate with the cars and feed data into the company's machine learning systems.

Sun Ruonan in Tianjin contributed to this story.