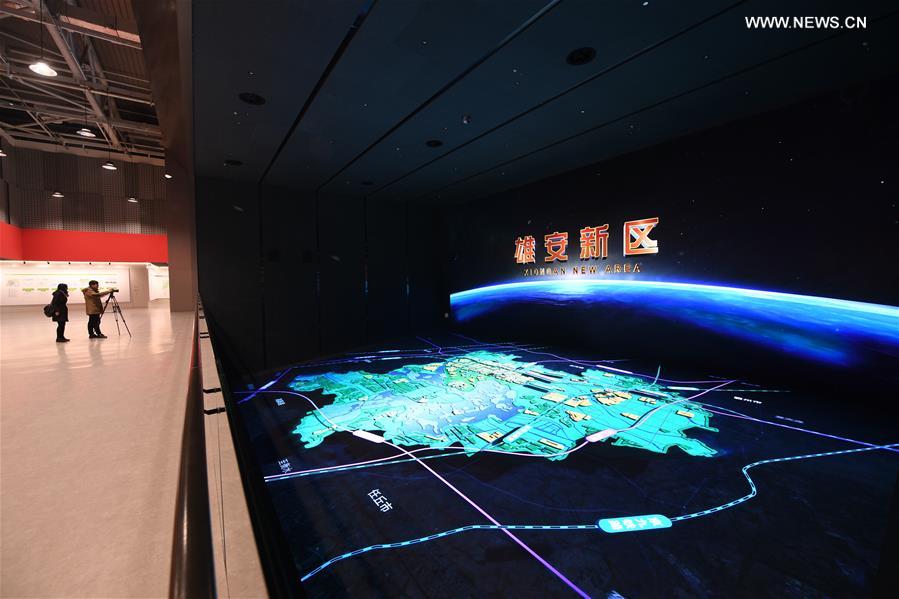 After China unveiled the blueprints for Xiongan New Area two years ago, the "demo area" for the country's new development model has been under close scrutiny.

The development of Xiongan is critically important as the country goes through a transition period. Featuring high technology, smart urban planning and sound ecological environment, this carefully-designed city aims high at ushering in a new chapter in the country's historic shift to coordinated, inclusive and sustainable growth.

It aims to become a significant part of the Beijing-Tianjin-Hebei cluster and plans to take over Beijing's non-capital functions and provide a Chinese solution to "big city malaise," including overcrowding, pollution and traffic congestion.

Two years have past and real changes have taken place. Railways linking Xiongan and Beijing as well as a backbone highway network in the region are under construction in good order. A public service center has been put into use. Last year, more than 1,300 companies set up branches in Xiongan. China's top three technology companies -- Baidu, Alibaba and Tencent, also announced plans to establish branches in the area.

Ecological preservation is the hallmark of development in Xiongan. Restoration work has started in Baiyangdian Lake, northern China's largest freshwater body. High-pollution and energy-intensive production has been tackled. As a result, water quality has improved remarkably.

In fact, similar master plans have been tested in China before with stunning success, as the Shenzhen Special Economic Zone and Pudong New Area in Shanghai catalyzed China's stellar economic growth over the past decades.

Still, critics argue Shenzhen and Pudong saw a great influx of investment and talent because China was in the process of integrating into the global economy.

They question Xiongan's appeal to investors, as they believe the time when the government could draw a circle, enact a few policies and capital automatically flowed in to prop up thriving industries is now gone. Such doubts are groundless.

As unilateralism and protectionism prevail, China has been more steadfast than any other major economies in the world in supporting globalization. China was open to the outside world and will open its door wider with better rule of law.

China has fulfilled its promise with concrete action. The country's legislators have just approved a landmark Foreign Investment Law, which regulates foreign investment according to pre-established national treatment and a negative list. It has also increased a fleet of pilot Free Trade Zones (FTZ) to promote reform and opening-up.

According to the master plan of Xiongan, it will serve as the center of a planned China (Hebei) Pilot FTZ. Restrictions on foreign investment will be dramatically lifted or eased, with a negative list fully implemented and all businesses granted equal treatment. For sure, Xiongan New Area is a pivotal part of the country's opening-up drive.

A 2017 study by Morgan Stanley estimates that Xiongan will draw in as much as 2 trillion yuan (about 290 billion U.S. dollars) in investment.

The Chinese leadership has pledged to build Xiongan into an innovative, green, smart and world-class city with blue skies, fresh air and clean water, and every inch of land in the area will be carefully planned.

A successful Xiongan will profoundly change China's economic and ecological landscape, and create dividends for the rest of the world to share.