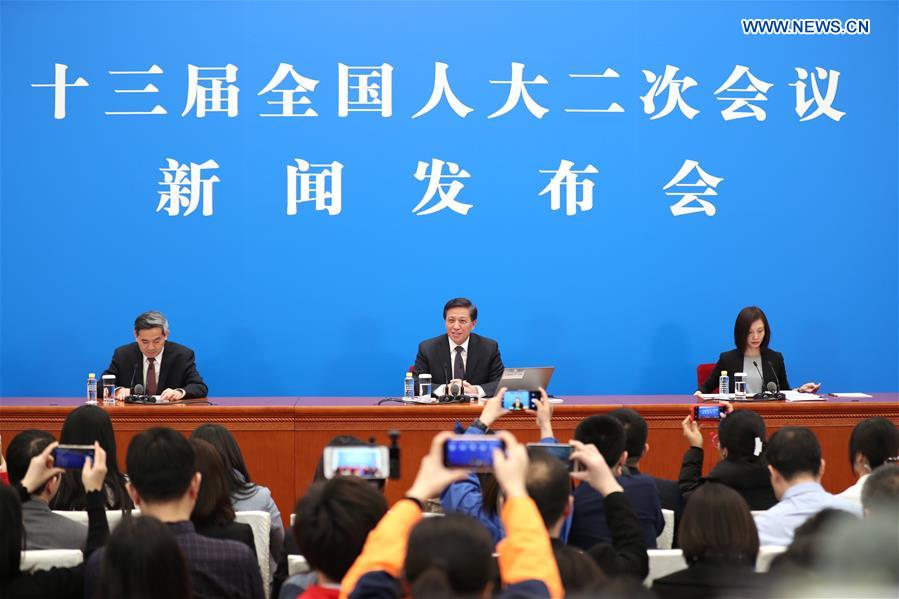 Zhang Yesui (C), spokesperson for the second session of the 13th National People's Congress (NPC), speaks during a press conference on the agenda of the session and the work of the NPC at the Great Hall of the People in Beijing, capital of China, March 4, 2019. The second session of the 13th NPC will open in Beijing on March 5. (Xinhua/Jin Liwang)