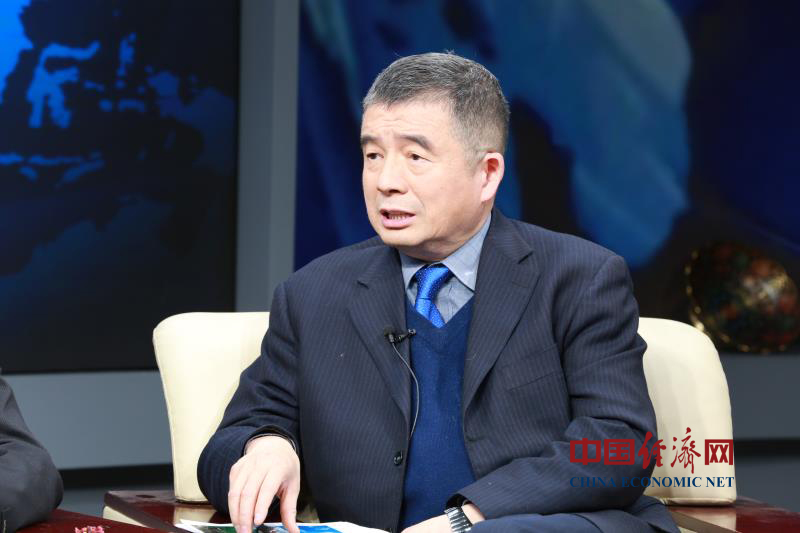 BEIJING, May 13 (China Economic Net) - Many Pakistani friends are concerned about the issue of Xinjiang in China. However, the recent report on Xinjiang by some Pakistani media is not fair and contrary to the facts and truth. We would like to clarify the facts of Xinjiang to our Pakistani friends, and prove that Xinjiang is safe and stable with good momentum for development.

First of all, the opening up has been accelerated. Four ports in Xinjiang located on the border between China and Kazakhstan have been officially approved for the entry of meat products. Up to now, Xinjiang has seven designated ports for entry of meat. Imports can not only make up for China's meat consumption gap, but also help to promote the processing, circulation and trade development of agricultural and secondary products in Xinjiang.

Secondly, the transformation of production capacity from traditional older means to newer ones has been accelerated. One of China's large coal bases, Zhundong Coalfield of Xinjiang, has achieved great success in developing modern, green, high-end industrial systems such as coal, coal power, coal chemical industry, coal power smelting, new materials and new energy. Xinjiang took the lead in eliminating the older type of 32.5 grade cement in China in 2017, with a total production capacity of 2.15 million tons of iron and steel in two years. The gradual withdrawal of backward production capacity brings about the prosperity of new industries. As the pioneer of China's wind power equipment manufacturing industry, Xinjiang Jinfeng Technology Co., Ltd. added new machines with the capability to generate 6.7GW on the mainland and offshore in 2018, with a market share of 31.9%, ranking first in China, and gained 14.2% share in the global new installed machine market, ranking second.

Moreover, a series of tax and fee reduction measures have accelerated their adoption in Xinjiang. Xinjiang focuses on reducing real economic costs, promoting entrepreneurship and innovation, stabilizing employment, and precisely implements policies. PetroChina Urumqi Petrochemical Company will increase its revenue by 93.75 million yuan this year, on the premise of stable market prices, with sales revenue of 3.5 billion yuan in 2018. The "dividend" of tax reduction and fee reduction policy is also transmitted from production to consumption, which benefits more consumers. In 2018, 185 financial institutions in Xinjiang enjoyed tax-free and interest-free income of 5.566 billion yuan from VAT. 174 million private enterprises obtained interest-free and low-interest loans helped 1.62 million peasant households tide over financial difficulties.

In terms of high-quality personnel training and new formats. Since July 2017, the autonomous region has carried out the training of "10,000 quality talents" to train "quality talents" for 10,000 small and micro enterprises. In addition, through large-scale technical training, a large number of uneducated young people in Xinjiang have received technical training, learned the means of livelihood, and greatly enriched the skilled labor force in Xinjiang.

The raw materials of Xinjiang cotton spinning enterprises are mostly Xinjiang cotton and a small part is viscose. The main products are ring spinning and rotor spinning, mostly in order production. In the production and processing of cotton spinning enterprises, the cotton consumption in Xinjiang exceeds 90%, and the improvement of cotton conversion rate in situ ultimately transforms into industrial advantage. At present, the Xinjiang cotton textile industry covers more than 180 varieties of 13 categories, such as cotton spinning, household textiles, clothing, industrial textiles, etc., forming a service system from cotton industry chain, dyeing, color spinning to textile commodity center. By 2023, the employment capacity of the whole industrial chain will reach 1 million people, of which the portion of the labor force from southern Xinjiang will reach more than 650,000 people in the whole industry.

Finally, there is another important thing, the rapid development of tourism. In 2018, the number of tourists in Xinjiang exceeded 150 million, and increased by more than 40% year on year. In the first two months of this year, the number of tourists received and tourism revenue realized in Xinjiang increased by 75.54% and 80.84% respectively, compared with the same period last year. Xinjiang's tourism has rolled out the "acceleration" of high-quality development. In recent years, Xinjiang has vigorously developed highways, railways, airports and so on.

All ethnic groups in Xinjiang are family members of the Chinese nation. The ethnic groups in Xinjiang are intermingled and mixed in distribution, culturally inclusive, economically interdependent and emotionally close to each other, forming a pluralistic and integrated pattern in which unity is abundant. During Ramadan, the Muslim people in Xinjiang can arrange their own lives according to their respective religious habits; their religious beliefs are fully respected, their religious life is reasonably arranged, and Xinjiang's society is well-organized. Xinjiang is a safe place. Some journalists who don't know Xinjiang reality and truth in Pakistan, as our friendly neighbor, may not have enough knowledge about the situation in Xinjiang. Some hearsay is half-understood. However, if we believe the Western viewpoints based on falsehood, lacking our own independent thinking and field experience in Xinjiang, and distort the truth in Xinjiang, it would be quite regrettable. A handful of western writers with their bias against China not only hurt the Pakistani people, but also the Chinese people. They are the biased against the progress of China-Pakistan economic corridor and the main culprits of provoking tensions friendship between the two peoples and tainting Xinjiang.