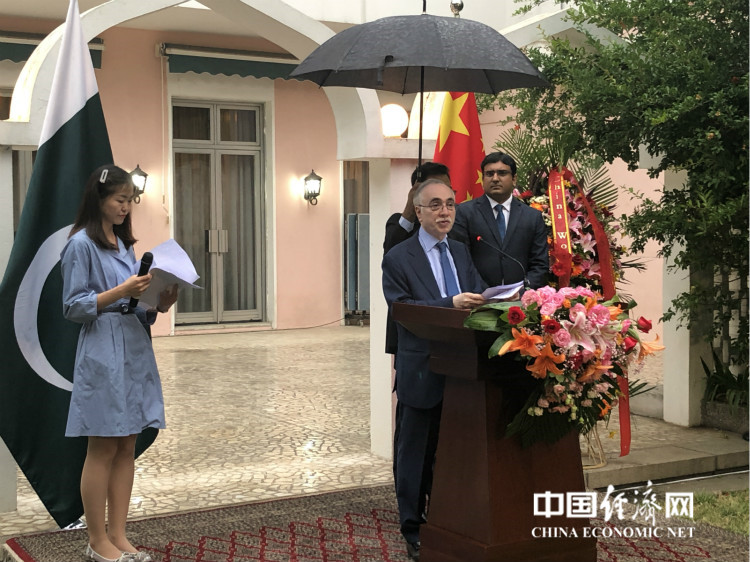 BEIJING, June 19 (China Economic Net) - Having served for more than six years, Ambassador of Pakistan to China Masood Khalid concluded his tenure this month and delivered a farewell speech on Monday.

In his remarks Ambassador Masood Khalid said he has witnessed firsthand the progress and development of China since he assumed the office in January 2013,and was most impressed by what this country has achieved in lifting nearly 800 million people out of poverty.

“Chinese cities are some of the most modern in the world. We in Pakistan feel happy in seeing the growth and prosperity of our Chinese friends.”he said.

Ambassador Masood is recognized for his contributions to the enhancement of relationship between Pakistan and China. During the past six years, there have been many high level visits, with heads of state and government of both countries meeting each other on a number of occasions,and infinite exchanges at the ministerial and senior officials’ level. 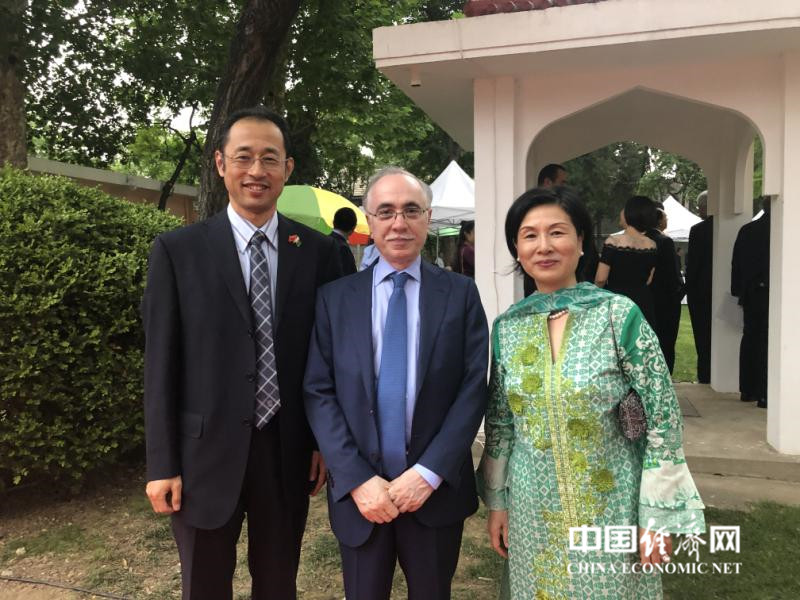 Regarding China-Pakistan Economic Corridor (CPEC）, his stance is supportive and consistent. He said,“ CPEC will bring prosperity to not only the two countries but also to the entire region. CPEC thus constitutes an important pillar of the increasingly vital economic partnership between Pakistan and China.”

He emphasized that, China-Pakistan relationship is based on mutual respect, enabling it to withstand the vicissitudes of history and grow continually irrespective of international, regional or domestic developments.

Apart from devoting himself to the improvement of China-Pakistan ties, he has always borne in mind the trade cooperation between the two countries, especially in the area of agricultural products. He has called for the export of high quality Pakistani cherries, mangos and other fruits to China on many occasions, which helped to improve the recognition of Pakistani agricultural products in the Chinese market. 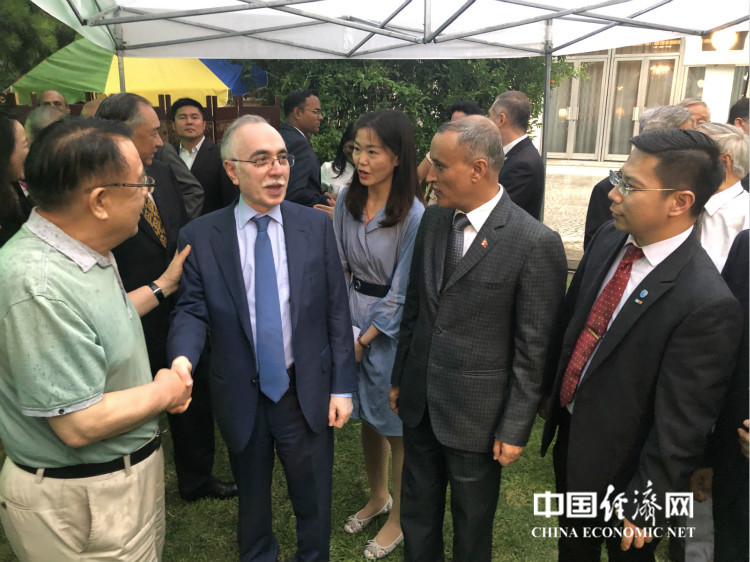 In April this year, China and Pakistan inked the Second Phase of the Pakistan -China Free Trade Agreement, which is expected to lift the export of Pakistan to China by $500 million. According to a local media, Pakistani rice and sugar shipments to China have already started as part of the agreement.

At the end of the speech, the ambassador recommended a book titled You and Us which is a compilation of stories of friendship between Pakistan and China. The second volume of this book, telling personal anecdotes from Pakistani diplomats who have deep friendship with China will soon be published.