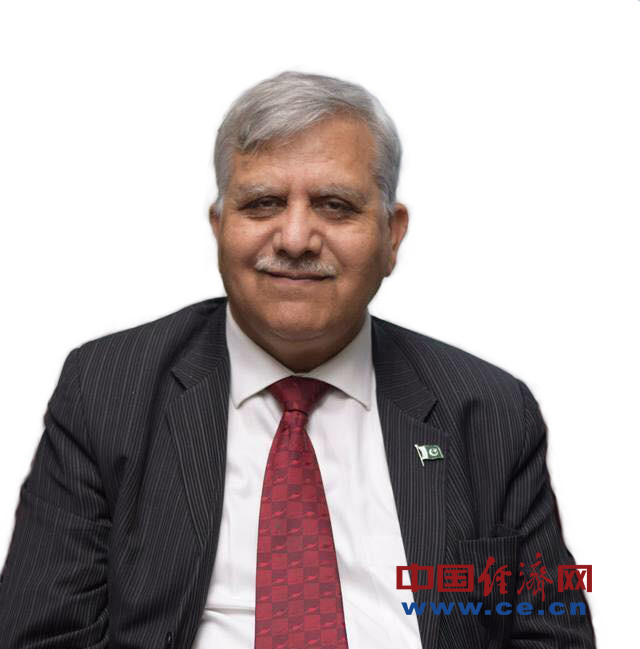 A high-level delegation led by General Han Weiguo, commander of the PLA Ground Force, visited Pakistan. It was a routine visit. Pakistan and China, pay mutual visits by senior civil and military leadership, from time to time. It is the beauty of friendship between the two countries that, high-level visits are just a routine matter.

General Han was greeted by traditional Pakistani hospitality and held meetings with Pakistani civil and military leadership. He was conferred the “Nishan-i-Imtiaz (Military)” by the President of Pakistan Dr. Arif Alvi, in a special investiture ceremony at “Aiwan-e-Sadr”, Islamabad 18 June 2019.

On the occasion, President Dr. Arif Alvi congratulated General Han Weiguo and reiterated Pakistan strong resolve to take the bilateral relations between the two countries to new heights in all fields.

He said that Pakistan and China enjoyed a unique all-weather and time-tested friendship and Pakistan considered China as its “Iron Brother”.

While highlighting Pakistan-China friendship, an important cornerstone of Pakistan’s foreign policy, the President stated that Defense and economic relations between the two counties were vital for maintaining peace and stability in the region.

He highlighted the importance of digital economy and cybersecurity in today’s world and underscored the need for close cooperation between the two brotherly countries to ward off challenges emerging in cyberspace.

Frequent high-level exchange of military delegations is a key aspect of our cooperation in this regard, he added.

He also underlined the need to further enhance counter-terrorism cooperation between the two countries.

Pakistan and China are joined together in a broad-based, long-term “All Weather Strategic Cooperative Partnership”. Pakistan-China Treaty for Friendship and Cooperation and Good Neighborly Relations has further contributed to the deepening of this relationship. The two sides have a multi-faceted bi-lateral cooperation in diverse fields such as economic, political, strategic and cultural areas and often share similar views on global issues.

The President also said that Pakistan deeply values China’s support on issues of its national security and territorial integrity including Kashmir. He re-assured that Pakistan strongly adheres to the “One China Policy”.

He expressed satisfaction over the progress of all ongoing projects initiated under CPEC. With the completion of early harvest projects, CPEC has entered its second phase, in which focus is on socio-economic cooperation, agriculture development, poverty alleviation, and industrial cooperation, he added.

General Han Weiguo Commander of the People’s Liberation Army (PLA) Ground Force of China thanked the President upon awarding him the Nishan-i-Imtiaz and warm welcome by Pakistan.

During the meeting, matters related to regional security and professional interest were discussed.

Under the emerging threats to BRI and CPEC, China-Pakistan close collaboration is inevitable. Both sides emphasized further strengthening of cooperation to face all internal as well as external challenges to make BRI and CPEC to make a success story and promotion of Peace and Security in the regions as well as globally. The visit is termed very important, cordial and fruitful.