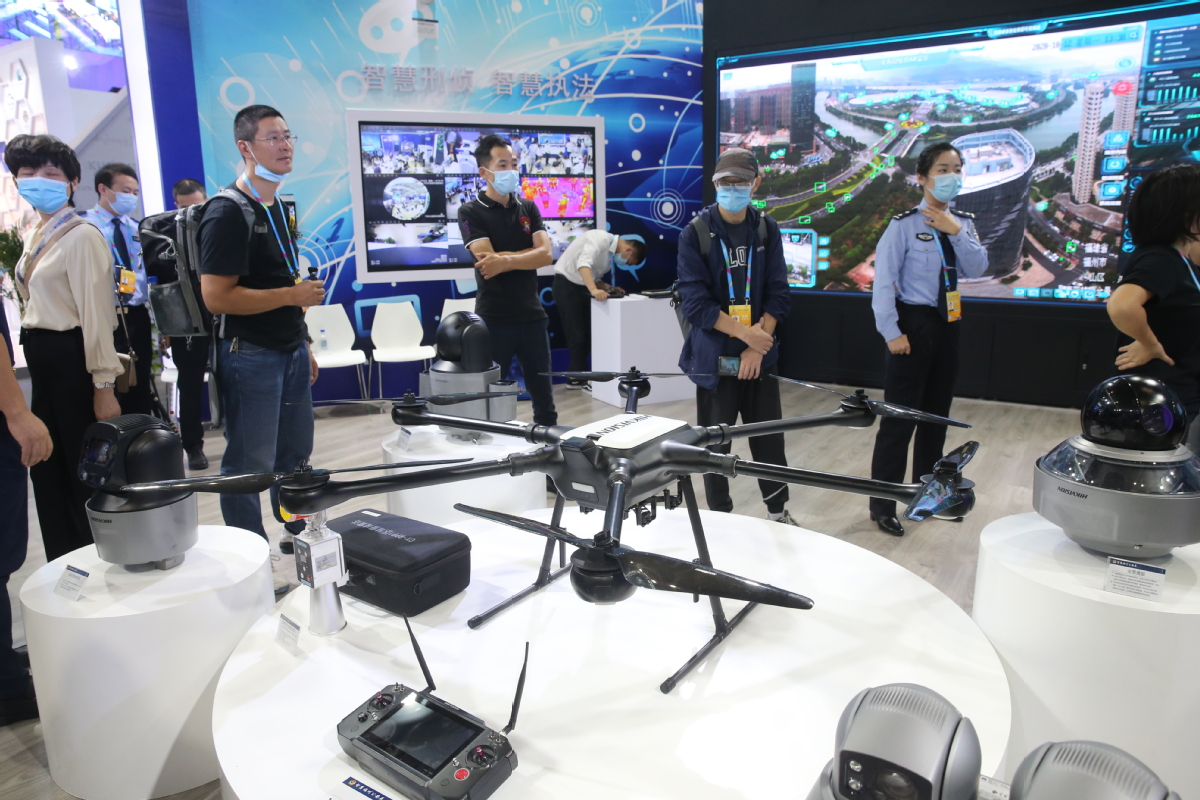 Visitors check out a drone during the Digital China Summit in Fuzhou, Fujian province, on Monday. [Photo by Hu Meidong/China Daily]

China has made considerable progress in the development of the digital economy and will beef up efforts to develop frontier technologies like operating systems to sharpen its competitiveness, top officials, experts and company executives said on Monday.

"To offer more impetus, more efforts will be made for breakthroughs in key and frontier information technologies, including chipsets, core components, independent operating systems, high-end database and servers," he said.

Zhuang made the remarks at the 3rd Digital China Summit, which kicked off in Fuzhou, Fujian province, on Monday.

The three-day summit attracted a slew of technology giants such as Huawei Technologies Co, Alibaba Group and Baidu Inc.

Liu further said more efforts are needed to promote digital governance through promotion of technology innovation in AI with an aim to strengthen more fields.

Fueled by booming new technologies and supportive policies of the government, the digital economy is gradually becoming the key driving force of the country's economic development, experts said.

Last year, the output of China's digital economy rose sharply to 35.8 trillion yuan ($5.3 trillion) and accounted for 36.2 percent of GDP, data from the China Academy of Information and Communications Technology showed.

"Digitalization will play a direct and great role in promoting the 'dual circulation' development pattern to take the domestic market as the mainstay while letting internal and external markets boost each other," said Yu Weiguo, Party secretary of Fujian.

"By smoothing production, circulation and consumption, digitalization will closely link the industry chain, supply chain and service chain, and move the digital China construction to a new high," he said.

As the COVID-19 pandemic continued globally, Zhong Nanshan, Chinese respiratory expert who was awarded the Medal of the Republic, the country's highest honor, pointed out that the digital economy has played an important role in combating the outbreak in China, especially in treatment and vaccine research and development.

"Through analysis of 1,000 pieces of big data related to patients, we get to know the clinical characteristics of the epidemic, which is the basis for preventing it and curing it at the beginning of the outbreak," Zhong said.

"We also leverage big data to predict the peak of disease development, which is much more accurate than that in foreign countries, and offers help in domestic policy-making on disease prevention."